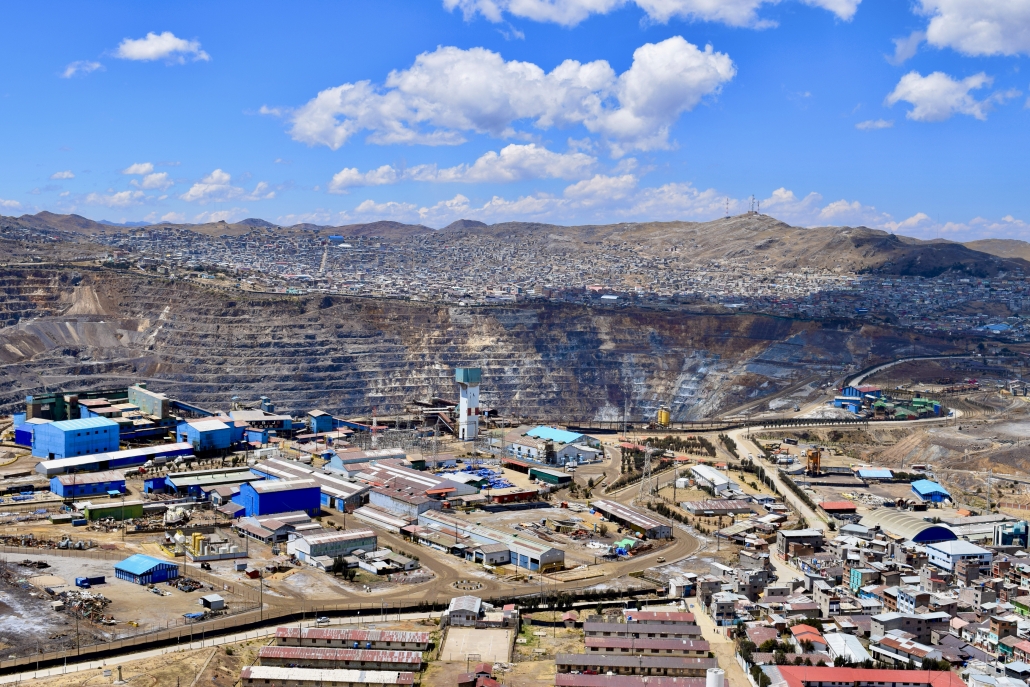 Esmeralda Martín, at the age of 12, had been fighting a terminal disease for seven years: severe spinal aplasia, which prevented her body from producing red, white blood cells and platelets. He lived in Pasco, an Andean city in Peru, where he had been continuously exposed to toxic agents, the result of mining. She was one of the more than 2,600 girls and boys registered in Cerro de Pasco with alarming amounts of heavy metals in the blood.

At the beginning of the pandemic, his father, Simeón Martín, was camped out with other affected families in front of the Ministry of Health to demand treatment and support to be relocated. Esmeralda had managed to travel with her father to Argentina at the end of 2019 to receive a bone marrow transplant, but she needed detoxification treatment to recover. Unfortunately, in mid-September, this girl turned off her light in this land, where she was born and where minerals are still being extracted without any qualms about the consequences for the health of those who inhabit it.

Children with lead in their blood bleed from the nose. The case of these minors and their families had some media coverage due to the constant demonstrations of those affected in the Peruvian capital to try to get the Government to listen to their requests. For years they denounced the lack of specialized health care, the scarce information on the impact of mining activities, the administrative obstacles to receive support and the lack of follow-up that allows environmental regulations to be not respected and, consequently, they violate the right to live in a healthy environment.

Families ask for it to be recognized liability for damages to the Volcan company, part of the Swiss conglomerate Gleencore, the main mining operator there. However, this claimed not to have legal responsibility and children’s families continue to be exposed to toxins and fight unevenly against diseases like leukemia, without care or treatment.

It is international commitments and the awareness of the population about the importance of defending nature that can guarantee a certain security that human rights will be respected.

Sadly, the case of Esmeralda and the children in Cerro de Pasco is not the only one in the country. The mining activity that crowns it as second producer of copper and silver in the world and as the leading producer of gold, zinc, lead and tin in Latin America, it has also left its mark on thousands of people who currently suffer from health problems such as the inhabitants of Espinar (Cusco) or La Oroya (Junín). The latter have achieved that the Inter-American Commission on Human Rights present your case before the Inter-American Court this month to denounce the country for the effects of pollution, a step that represents a hope to recognize this problem before international bodies.

After years of struggle, recently some representatives of the National Platform for People Affected by Toxic Metals met with Prime Minister Mirtha Vásquez, to reach agreements on the Special Multisectoral Plan for Attention to victims. While these approaches can help build consensus, there is still a long way to go for words to be translated into action. Local and national actors are not the only ones who should be concerned with preventing more people from being affected. Extractive activity is an environmental issue that also involves international agents and, therefore, producing countries as well as foreign investors should ensure that human rights are respected.

Already said Alicia barcena, Executive Secretary of ECLAC, the Economic Commission for Latin America and the Caribbean, when speaking about the Escazú Agreement, the 2030 Agenda or the Paris Agreement: these are “aimed at building peaceful, more just, less unequal, supportive and inclusive, to protect human rights and guarantee lasting protection of the planet and its natural resources ”.

However, it is paradoxical that while sign agreements to work in reducing greenhouse gases (GHG); the same countries reject initiatives to respect human rights and environmental standards in their activities abroad. This was the case of Swiss government backing down from the Corporate Responsibility Initiative by the end of 2020. Caring for the environment and related rights appears to be a priority only when those affected are within its borders.

In a region like Latin America, where extractive activities are considered fundamental for economic development, progress in environmental policies is hampered precisely by these economic interests. It is the international commitments and the awareness of the population about the importance of defending nature that can guarantee a certain security that human rights will be respected. The lives that mining pollution has claimed could have been saved, now it is time to seek that their memory is not forgotten and that those who ask for justice can receive it.