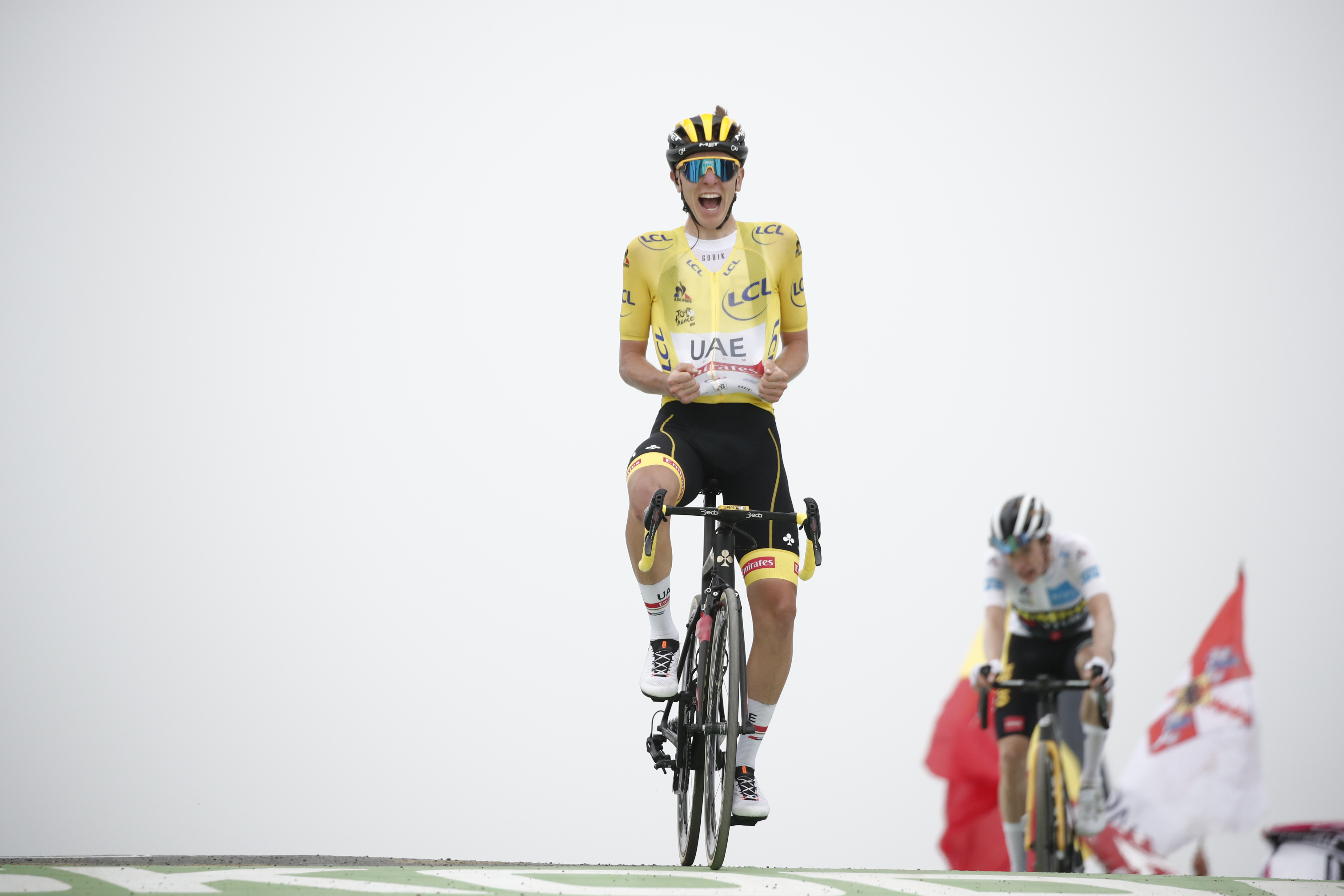 Like a wise man who opens the letters of good children and prepares their gifts, and caters to their every whim, so Christian Prudhomme has drawn the Tour de France of 2022 to satisfy the new good children of cycling, who so please the hobby. And so he presents it this Thursday in Paris.

For Filippo Ganna and Remco Evenepoel, and to start, a 13-kilometer time trial; for the Danes and Belgians, the masters of the wind, an 18 kilometer bridge, the Baltic on the left, the North Sea on the right, and all the winds, and the Opal Coast, Calais and Dunkirk, North Sea again, the English Channel, where you arrive on a Tuesday after spending three days in Denmark. For the permanent and longed-for duels between Van der Poel and Van Aert, 18 kilometers of cobblestones, in 11 sections, up to the abandoned mining shaft of Arenberg, by Roubaix. For Alaphilippe and other kings of the slopes, the climb to the Longwy Citadel, on the border with Luxembourg, the slopes of Lausanne and Mende. For Egan Bernal and the nostalgic people, the ascent to the immense Granon (2,413 meters, almost at the altitude of his Zipaquirá), 35 years after the first and only time they ascended, and the memory of Chozas; for the Dutch, leaving Briançon, the Alpe d’Huez of the false embrace of 1986 between Hinault and LeMond designed by Bernard Tapie, the recently deceased tycoon who brought the clipless pedals of Look skis to cycling and the sense of the show that no longer leaves him; for the old, who will miss Father Tourmalet, twice the Galibier and an Aubisque; for Roglic, the Péguère wall, reaching Foix; for Valverde, Peyragudes and his James Bond aerodrome, halfway to Peyresourde, where the Murcian believed to be redeemed in 2012, on his return after his sanction; for Mas, Landa and the Basques, the Hautacam above Lourdes that crowned Indurain in 1994 and plunged him into misery two years later.

For Tadej Pogacar, the time trial last Saturday, 40 kilometers on scorched ground to the relics of San Amador on Mount Rocamadour. And also for the winner of the last two Tours, his climb to the already super-smooth Super Planche des Belles Filles (seven kilometers at 9% and last 800 meters on a dirt track at 24%), the slope of his first Tour and the fading of Roglic.

For Pogacar, the new god of cycling, everything. And, around, his court: Egan, winner of the last Giro; Roglic, who won the last two Laps; Jonas Vingegaard, the symbol of the new Denmark, second in the last Tour …

“Everything looks very good,” says Pogacar. “La Planche is very good, Alpe d’Huez [una ascensión que no conoce: la última vez que estuvo el Tour fue en 2018]… Even the pavés is a challenge that motivates me, a type of cycling that I have never experienced… But I don’t think about making history, I’m not worried about the future, I run day by day, I just think about seizing the moment ”. The 23-year-old Slovenian has already received such a glorious blessing from Eddy Merckx, so greedy in his praise, that he assigned him in person, at a dinner in Italy, the title of new Merckx the day after the Slovenian, of 23 years old, will win the Giro de Lombardia, the last monument of the year. Already a Liège winner in April, by winning Bergamo, Pogacar became the first cyclist since Merckx to win two monuments and the Tour the same year. They are the great pearls of a number one season in which he also won the Tirreno, the Tour of the Emirates, three stages of a Tour marked by his superiority and a bronze medal in the Olympic race, beaten by centimeters in the sprint by silver by Van Aert.

Cycling, already entered the third decade of the century, celebrates the apotheosis of the global cyclist, the phenomenon that goes for everything, and does everything in a big way, and the Tour wants to be its great bazaar, the paradise of the avid consumer, the great Chinese court, and that of the fans, which will find in its edition of 2022 (from 1, Friday, to 24 July, Sunday, from Copenhagen to Paris) stages for all tastes.

As one might say, more than a novel with its character creation, its convoluted plot, its slow paragraphs, its fast dialogues, its discouraging conclusion and its cheap philosophy, a selection of micro-stories; more than a succession of stages, a collection of classics. One a day. Fast consumption cycling and permanent memory. “Dedicated to the new champions, to that kind of starving, guided both by the sense of the spectacle and by the call of the yellow jersey,” says the wizard king Prudhomme. “And the borders become porous between those who see the Tour as a classic for the day, without thinking about tomorrow, and those who think about the Champs Elysees.”

And a women’s Tour de France

Between 1984 and 2009 a kind of women’s Tour de France was held, officially called La Grande Boucle because ASO, the owner of the Tour brand, did not see it interesting to get involved in its organization. That Big loop it made great Jeanine Longo and the Spanish Joane Somarriba, who won it three times in the first decade of the century. Twelve years after her disappearance, and in the middle of the splendid spring of women’s sport, ASO is finally launching the organization of a women’s version of its Tour, which will consist of eight stages, from Sunday to Sunday, and will begin precisely on July 24 with a stage on the Champs-Élysées, a few hours before the men arrive to contest the last stage of their Tour. From there, the women, 22 teams of six cyclists each, will set out to conquer the East on a route of 1,029 kilometers.

If the route of the 109th edition of the Men’s Tour, born in 1903, is a gift shop, the first Women’s Tour is a collection of symbols. From the start on the Champs-Elysees to the end on the so-called Super Plancha de las Chicas Hermosa (Planche des Belles Filles), passing through the Champagne region (Reims and Épernay, a stage similar to the one that made Alaphilippe great in the 19 Tour), along roads between unpaved vineyards, and going up and down the Vosges, with a forced passage through the Alsace Ballon, the first pass promoted by the men’s Tour, in 1905.

More than a century later, women have the right to race bibs on the same roads in the same competition, and they will do so under the direction of another woman, French ex-cyclist Marion Rousse. “It was mandatory that the Women’s Tour be led by a woman and none better than Rousse, the great ambassador of cycling in France,” Prudhomme said at the presentation, recalling that Rousse had been champion of France in 2012 and has since become a one of the great voices of cycling as a commentator and analyst first at Eurosport and after France TV. “And besides,” Prudhomme added. “She has been the director of the Tour de Provence since 2019.”