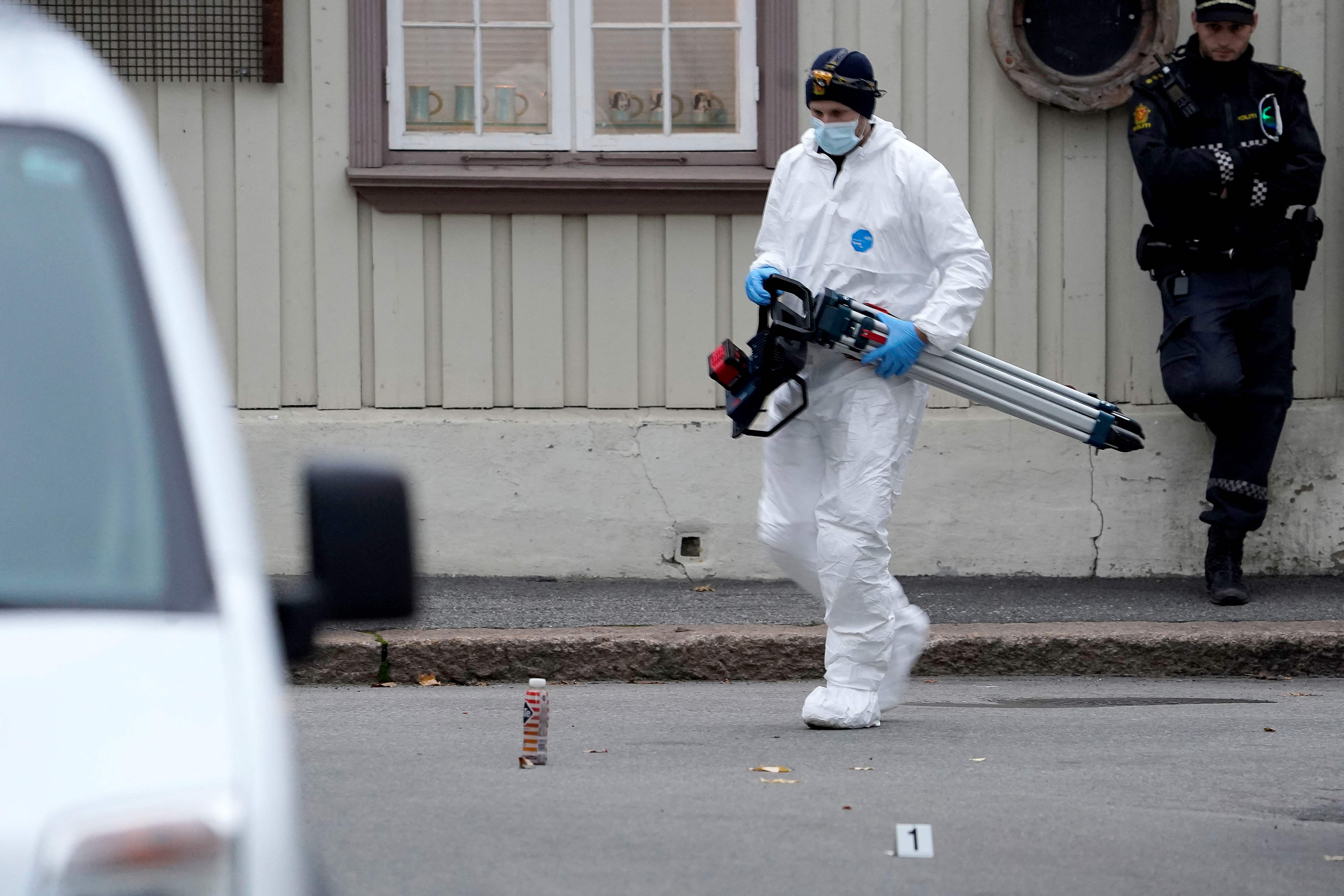 Police are investigating the motives that led a 37-year-old man to kill five people and injure two others in Kongsberg, southeastern Norway, on Wednesday afternoon. The man, who killed the victims using a bow and arrows, is a convert to Islam who was already on the authorities’ radar for presenting a danger of radicalization, as reported by the regional police on Thursday.

The man, a Danish national, used other weapons in the attack, according to police, who have not provided further details. He acted alone. The fatalities, four women and one man, were between 50 and 70 years old. The authorities are studying the psychiatric condition of the detainee, who had already been arrested on other occasions for threatening to kill his relatives.

The Police has assured this afternoon that what happened in Kongsberg “seems an act of terrorism”, but in a press release it adds that the investigation, led by the Southeastern police district, “will clarify in greater detail the reasons for the incident.” The threat level in Norway is still considered moderate, he adds the notice. The Police assures that they are investigating whether what happened may inspire others to commit acts of violence and adds that at the moment “they have no information that this is the case.”

The attack took place at various points in the 28,000-inhabitant Kongsberg municipality, located about 84 kilometers from the capital, Oslo. According to various local media, the man began shooting the arrows from inside a supermarket of the Coop Extra chain. He then went through several streets shooting more pedestrians before being arrested, just over half an hour after the attack began.

A witness who witnessed the events told TV2 that she saw a woman trying to hide while a man was “standing in a corner with a quiver with arrows and a bow in hand.” “Afterwards, I saw people running for their lives. One of them was a woman who was holding a child by the hand ”, she told the local Norwegian channel.

Local police chief Oeyvind Aas confirmed that the attacker managed to escape an initial confrontation with officers before finally being arrested at 8:47 a.m. local time, 34 minutes after the attack began. Authorities believe he killed the victims after that first encounter with security forces.

Public television NRK has reported that the attacker has been convicted on several occasions. Last year, a six-month restraining order was imposed on two close relatives after he threatened to kill one of them.

The country’s Prosecutor’s Office has also reported this Thursday that the detainee used other weapons, in addition to the bow and arrows, without offering further details. This was revealed to the Norwegian agency NTB by the investigating prosecutor in the case, Ann Irén Svane Mathiassen, who added that the aggressor, who lived in that town, has admitted the facts for which he has been charged. “He is known to the police, but I prefer not to give details about what matters he has been involved in,” the representative of the Public Ministry told TV2.

According to the detainee’s defense attorney, Fredik Neumann, the police questioned the suspect last night for more than three hours. His client, who was transferred to a police station in the city of Drammen, “is cooperating and offering detailed statements about the event,” Neumann said in statements to the public broadcaster NRK.

The injured were taken to nearby hospitals and dozens of emergency vehicles such as ambulances, police cars and up to two helicopters traveled to the scene, according to local press.

“The reports coming out of Kongsberg tonight are terrifying,” Norwegian Prime Minister Erna Solberg told a news conference late on Wednesday. “I understand that many people are scared, but it is important to emphasize that the police are in control of the situation right now.” The police have immediately ordered all their agents in the country to carry weapons. Normally, the Norwegian police are unarmed, although they have access to pistols and rifles if they need them.

One of the two injured in the attack is precisely an off-duty police officer who was in the supermarket from which the attacker began to shoot arrows.

The attack comes 10 years after Norway’s worst massacre. On July 22, 2011, Anders Breivik, an anti-Muslim neo-Nazi who claimed to act in the name of the fight against multiculturalism and the “Muslim invasion”, murdered 77 people after setting off a van bomb outside the government headquarters, which left eight fatalities. Later, he was involved in a shooting in Utoya, a nearby island where a meeting of the youth section of the Labor Party was taking place. There he murdered 69 teenagers who were participating in the meeting.