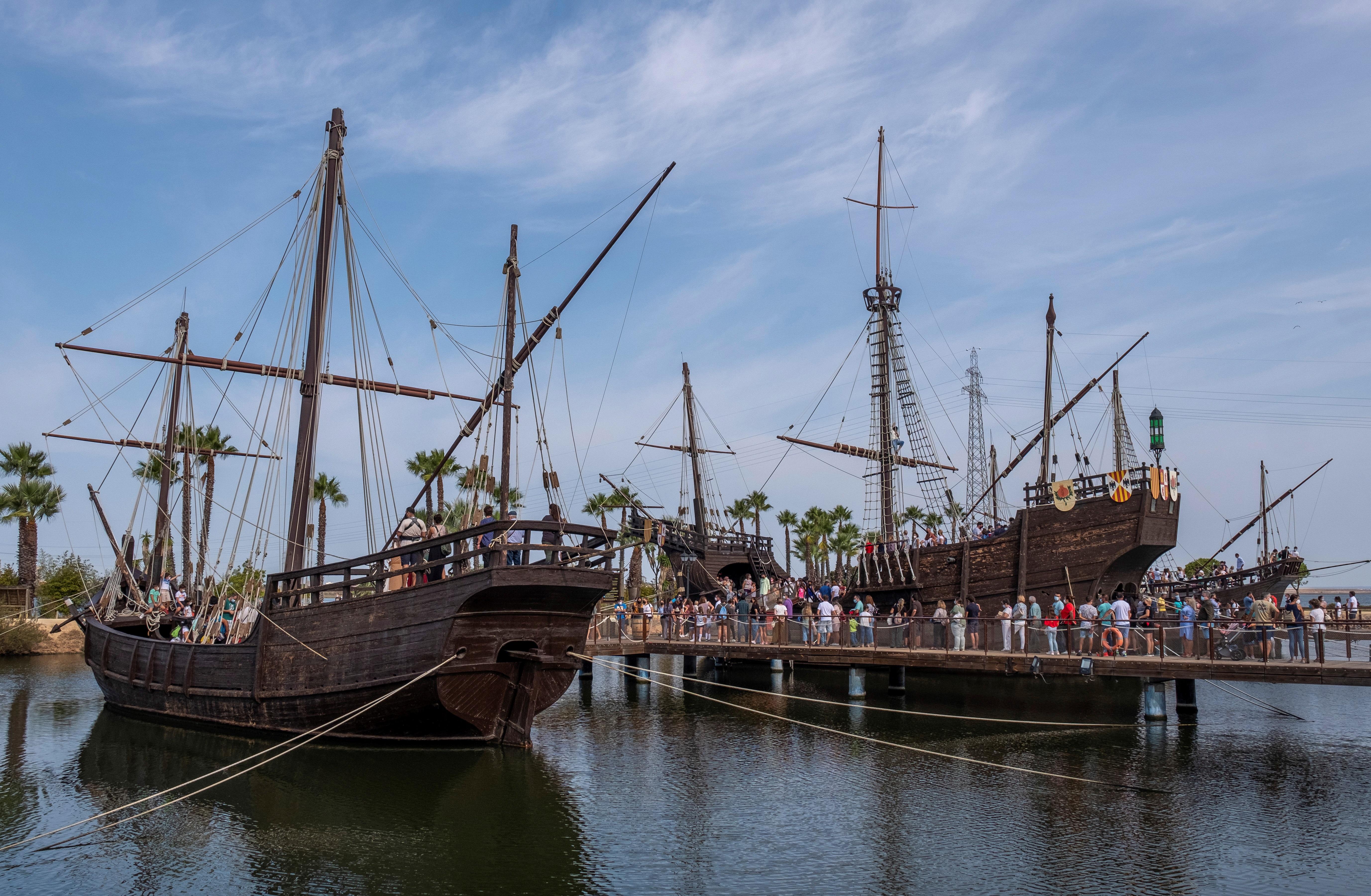 The night began to become astronomy when humanity abandoned nomadism and became sedentary. Harvesting and sowing required a certain predictability on the part of the human being who was looking in the sky for beneficial signs for his crops.

However, the magical component that feeds the oldest legends would never be lost, the same ones that tell the Sumerian epic of Gilgamesh, the oldest story we know, where revenge and jealousy intersect with references to the heavenly bodies. The Sumerian poetry cycle, whether we like it or not, accompanies our lives every time we look at the night sky. Superstition and magic are bigger than the whole of reality.

And all this comes to mind for the dates in which we are. A few days ago the first voyage of Columbus was commemorated, more than 500 years ago, when Europe opened up to the Atlantic and, in this way, the world known until then was expanded. As every year, around this time, we celebrate the modernity that put an end to the darkness in which the Middle Ages had plunged Europe for centuries.

For this reason, it is important to remember what happened in the fourth and last trip of Christopher Columbus to the newly found continent, when science and superstition were allied for the benefit of the life of the Genoese sailor and his crew stranded in Jamaica. Go for it.

The Arawaks knew it was not to be trusted. Neither he nor his men.

It happened in 1504, and in the absence of food, Columbus asked the natives of the island, the Arawak or Arawak Indians for help. But these were not for the work. Helping the stranger was the closest thing to helping an evil spirit. They already knew the white man from other times. Columbus had reached those coasts on his second voyage, in 1494, baptizing the newly found island as Santiago. The Arawaks knew it was not to be trusted. Neither he nor his men.

What they never knew is that the Genoese sailor operated a perpetual or Regiomontan calendar, named after the nickname received by its creator, the German astronomer Johann Müller (1436-1476), a child prodigy in his time who gave his Kalendarium to the press. by which eclipses were predicted without error due to the certainty with which the positions of the Sun and the Moon were shown.

“The moon will be erased from the sky this very night,” threatened Colón.

Armed with this calendar, Christopher Columbus put into practice his ability to deceive the natives of the island, threatening them with the power of the Christian god, should they continue to be obsessed with the idea of ​​not giving them provisions. “The moon will be erased from the sky this very night,” threatened Colón. It was February 29 and, according to the perpetual calendar, it was going to be an eclipse night.

The natives, when they saw that the threat of Columbus was fulfilled, fearful of a new threat, they decided to change their mind and not refuse anything that the white men reigned. In this way, the superstition that arises from divinity and the materialism that aspires to scientific knowledge were complemented when saving the lives of Columbus and the men of his crew. Otherwise they would have starved to death.

This episode becomes an example of how the atavistic fears that accompany the human being since the world is world have been used for the benefit of the privileged who, possessors of scientific information, have used it to dominate the rest; as if such information were merchandise that could be exchanged for a fear greater than reality.

The stone ax is a section where Montero Glez, with the will of prose, exercises his particular siege to scientific reality to show that science and art are complementary forms of knowledge.