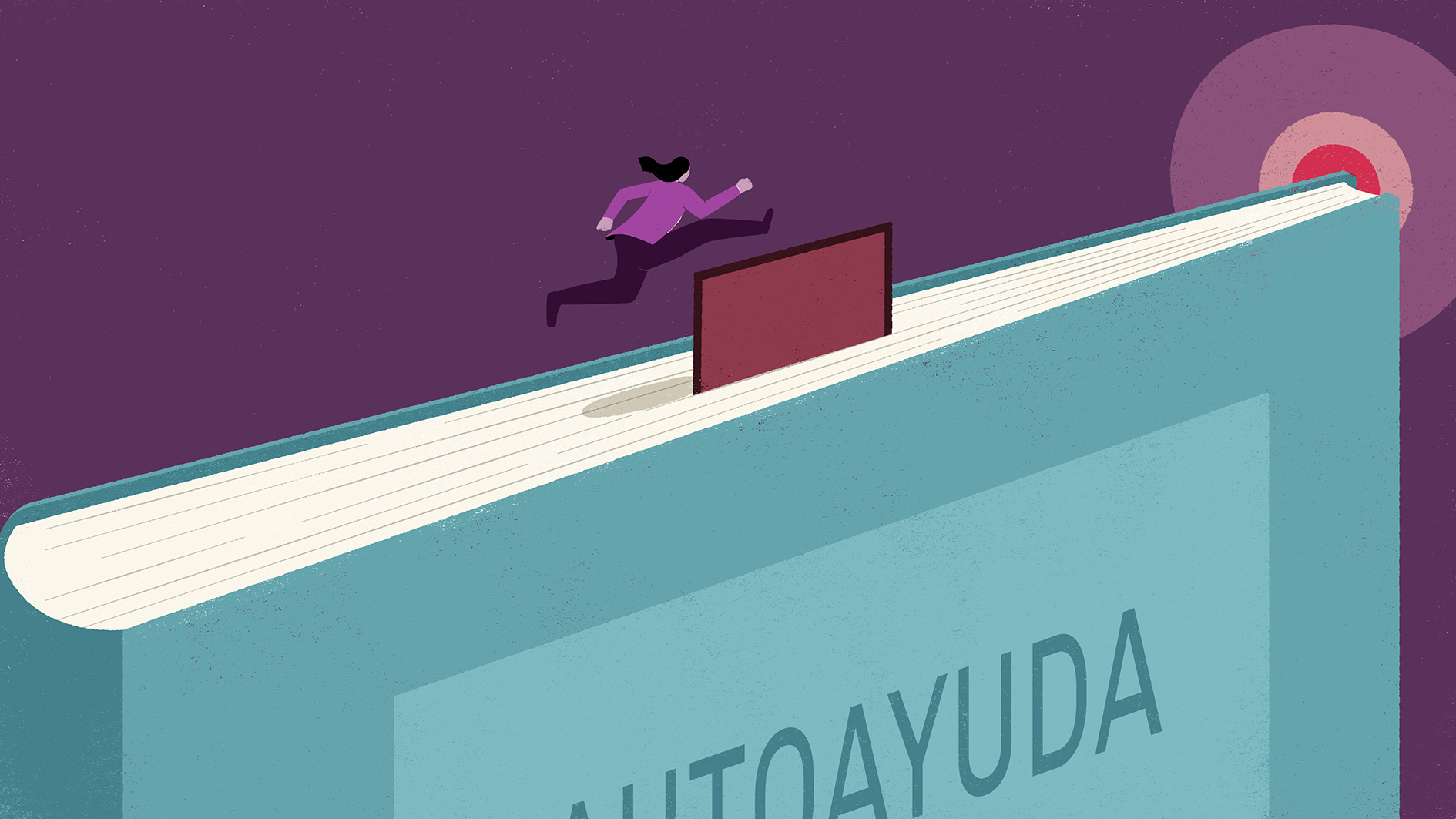 In the Madrid book fair these weeks, writers with their more or less unequal number of readers walk on the one hand and then, behind the queues, authors who, with less noise, sell hundreds of thousands of copies. The publishers consider them something of the silent best sellers. Many of them tend to be in a genre that has exploited its previous upward trend in a pandemic. Self-help has increased its sales by more than 40% during the months of caution, confinement and uncertainty. The genre moves between metaphysics and practical issues. But publishers multiply their approaches and bets on it, either to heal the soul or to achieve the best croquette.

Times of crisis and dark clouds are propitious. The times of forced retirement induce us to inquire into the whys and who we are. Also to perfect or reinvent yourself in hobbies. An opportunity for publishers that multiply their ability to propose and for authors with boldness, skill and even impudence when offering answers. The upward trend began, according to some editors consulted, in 2017. But in the last two seasons it has burst. Although the publishing sector, in general, has grown by 25%, self-help reaches 42%, according to GFK, the company that audits the book market in Spain. A mine.

Psychology, psychiatry, Buddhism, meditation and even motivational nutritionists … From food to the search for silence and yoga to the use of technology, there is something for everyone. The case is to overcome, according to Ángeles Aguilera, non-fiction editor at Planet, “Concrete crises”. They are titles that can exceed 100,000 copies with the ability to last a long time. “We are not talking about fleeting sales, we are talking about very sustained sales,” says Aguilera. Self-help had a turnover in 2020 of almost 28 million euros (not counting the pocket), out of a total of just over 236 million within the non-fiction category. In other words, it represents 10% of this market.

“The segment is now growing at a rate that is twice that of the growth of the entire book market. It is a trend that has been consolidating for years and has accelerated in the context of the pandemic ”, adds Carlos Martínez, head of the Conecta and Grijalbo labels, belonging to the group Penguin Random House. “In my opinion, the reason for this success is fueled by an environment of hyper-accelerated change that requires greater dedication to managing the self and the need to adapt to this transformation in multiple aspects of our lives.”

Martínez divides them in turn into two typologies: “Those proposals that help readers to improve their emotional strength, in line with the books of Rafael Santandreu o de Patricia Ramírez. And on the other hand, those who seek to strengthen the healthy habits of readers, as in the case of Xevi Verdaguer or Blanca García-Oreo. In any case, practical orientation prevails over any other ”.

Aguilera adds the following in his own categories: “We could think of those who start from a personal experience of the author, someone with a crisis, who suffers a major setback and who decides to radically change their life. The other group would be professionals (psychologists, psychiatrists or … Buddhists, if necessary) who address these issues from their knowledge and in a tone for dissemination to large audiences, “says the editor to subdivide the genre.

From the first area, Aguilera highlights Curro Cañete, whose coming out of the closet recounted in The power to trust you reaches 20 editions with 115,000 copies sold. Ruth Nieves and his 200,000 copies of his trilogy Believe in yourself first self-published —with his father distributing the packages of his books— and, on the expert side, the editor of Planeta talks about Anabel Gonzalez, psychiatrist from A Coruña, with The good thing about having a bad day O The scars that don’t hurt.

All three join a market dominated by the current king: Rafael Santandreu, who publishes in Grijalbo, whose latest title is Without fear and that has reached, according to the publisher, one million readers in all its titles. “We are witnessing a revolution in mental health self-care. It is something analogous to what happened in the eighties with physical health, ”says Santandreu. Until then, for the most part, people did not relate their lifestyle to health, oddly enough today. Smoking, drinking, hardly getting up from the sofa to play sports and eating on a whim were the norm, according to the author. “Now many people find that it can also promote good mental health. And that, to a large extent, will depend on you. Such practice represents a new type of emotional gymnastics. My books, for example, are based on cognitive behavioral therapy. But also meditation, yoga, neurocognitive training … ”, he says.

And as from the dark side, the Planeta publishing house has published its antidote. Dutch journalist Marian Donner just got her Manifesto against self-help. He argues that there have never been more titles of this genre worldwide and yet everything they try to calm is triggered. “The reason that self-help has become very popular is because it offers a sense of control,” Donner says. “In this context where few can find a house at a reasonable price or you have a shitty job, insecurity grows. The coronavirus made it ten times worse. Self-help transmits that the solution is in your hand, it depends on your body and your mind ”.

For Donner, these books respond to an ultra-liberal logic of the market and induce resistance against the impossible: “This self-help industry turns the political into something personal. Each value is appraised, but each of us make up with the leftovers. Inequality grows, safety nets disappear, communities dissolve, we don’t find meaning in anything, the numbers of depression and anxiety skyrocket … However, self-help pushes you to think positively, keep smiling because that reduces stress And above all, it transmits that it is your fault that you do not feel happy. Direct your anger inwards instead of encouraging yourself to express it outwards, against the political and economic powers that control us. They look for an ideal that transforms us into robots when we must focus on improving as human beings ”.

Santandreu believes that Donner is partly right, but differs: “I agree with her that there are very bad books of this genre. I’d say most of them are. But, of all, there are real gems. The relationship that Marian points out between poor mental health and the existence of many self-help books that are not worth it I do not see so clearly. I rather believe that the pressure of modern life with its super demands is rather the main cause of emotional distress ”. In this, Santandreu believes it does not influence that there are worthless titles: “People simply forget them, since they do not contribute anything. Little more”.