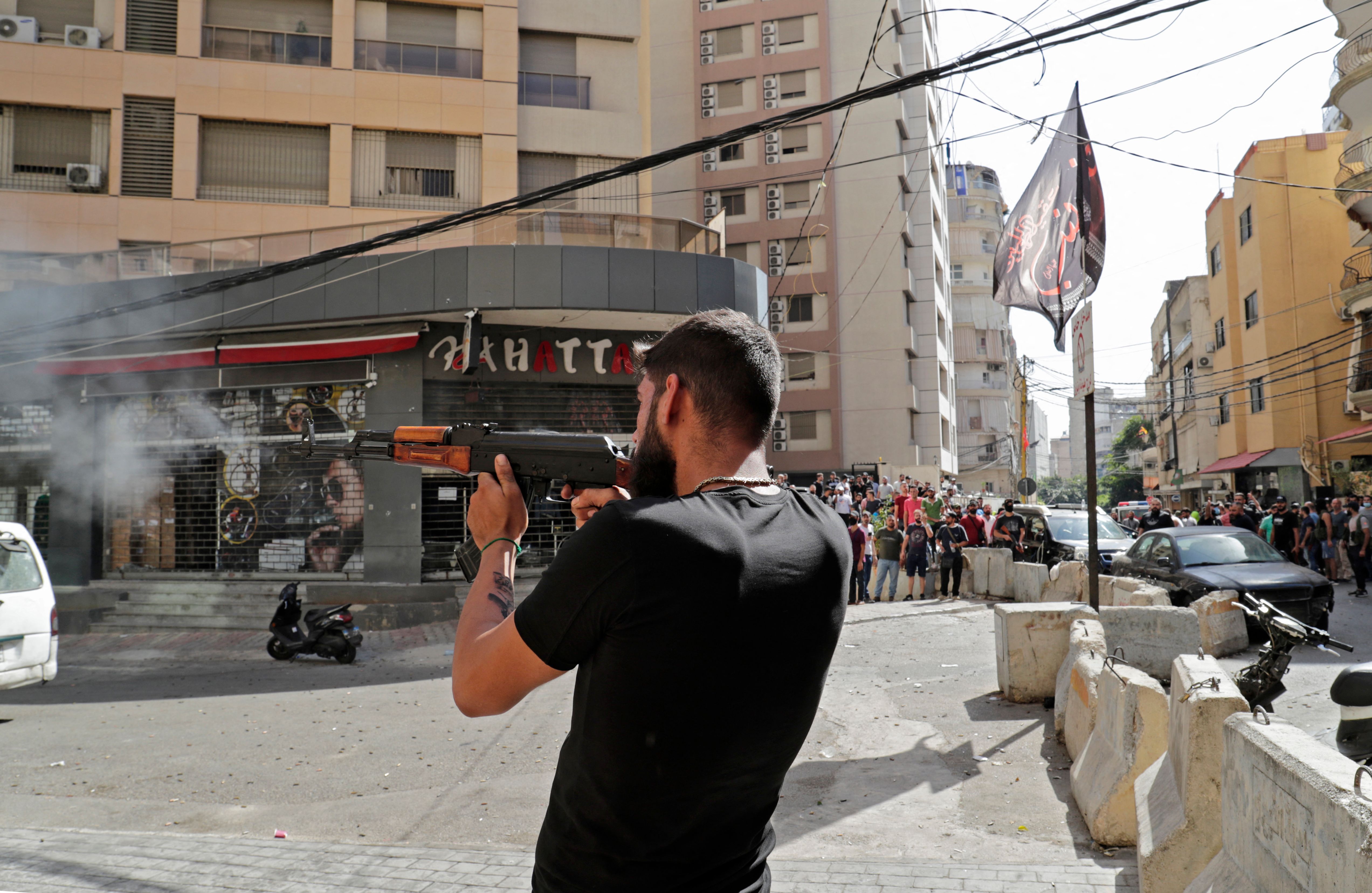 At least six people have died and 30 others have been injured this Thursday morning in Beirut in an intense shooting that occurred, as reported by the Lebanese Red Cross and the country’s armed forces, shortly before the start of a demonstration called by the Lebanese Shiite organization Hezbollah to demand the dismissal of the judge investigating the explosion of August last year in the port of the capital. This is one of the fiercest clashes that has occurred in the city in recent years.

The first shots were fired in the Tayouneh area, in the southern suburbs of Beirut, where blasts of fire surprised protesters heading towards the Adaleya area, according to has explained the army. The latter, with a Christian majority, houses the Palace of Justice, in front of which the protest was scheduled to take place.

The army has cordoned off the area where the shots were fired in a short time, has deployed in its entrances and adjacent neighborhoods, has asked civilians to evacuate its streets and has begun the search for the shooters, as explained in a statement. Too a warned that your units will fire at any armed person.

The country’s prime minister, Nagib Mikati, who has called for calm and not to be carried away by “sedition” in a message On social media, he has met with Defense Minister Maurice Selim and Armed Forces Commander Joseph Aoun to follow up on the situation, according to has reported the army.

Hezbollah and its allied AMAL movement have claimed in a statement As a whole, the protesters were exposed to sniper fire located on the roofs of some buildings. They have also assured that the attack seeks to drag the country into an internal struggle, and they have called on the army to intervene and their supporters to calm down. In a second statement, the groups have accused the Christian political organization Lebanese Forces of being behind the attacks.

In images and videos disseminated on social networks, pistols, assault rifles and rocket-propelled grenades have been observed, as well as people seeking shelter or the arrival of ambulances amid the sound of gunfire.

The tension surrounding the investigation of the explosion in the port of Beirut last year and the judge in charge, Tarek Bitar, has been growing alarmingly in recent days. Hezbollah has emerged as one of the most categorical groups when it comes to demanding the dismissal, for what they consider to be a lack of impartiality, of Bitar, who, in turn, is trying to interrogate several politicians and senior service officials. security officers, including an ally of the Shiite group, suspected of negligence. The families of the more than 200 deaths that the explosion left, for their part, accuse the ruling class of blocking the investigation and torpedoing the possibility of discovering the truth and doing justice.

Lebanese courts, which removed Bitar’s predecessor in the investigation, Fadi Sawan, after lawsuits were also filed against his alleged lack of impartiality, have repeatedly suspended Bitar’s work in recent weeks following these same appeals. . In his case, however, all of them have ended up being dismissed – the last one, this Thursday by the Civil Cassation Court, according to the Lebanese state news agency, NNA -, thus allowing work to resume.

The tension over the investigation reached the Government on Wednesday, when it came to postpone a session due to an agitated meeting the previous day, according to the office of the President, Michel Aoun, in a release. The postponement of the meeting has once again raised doubts about the stability of the Executive.