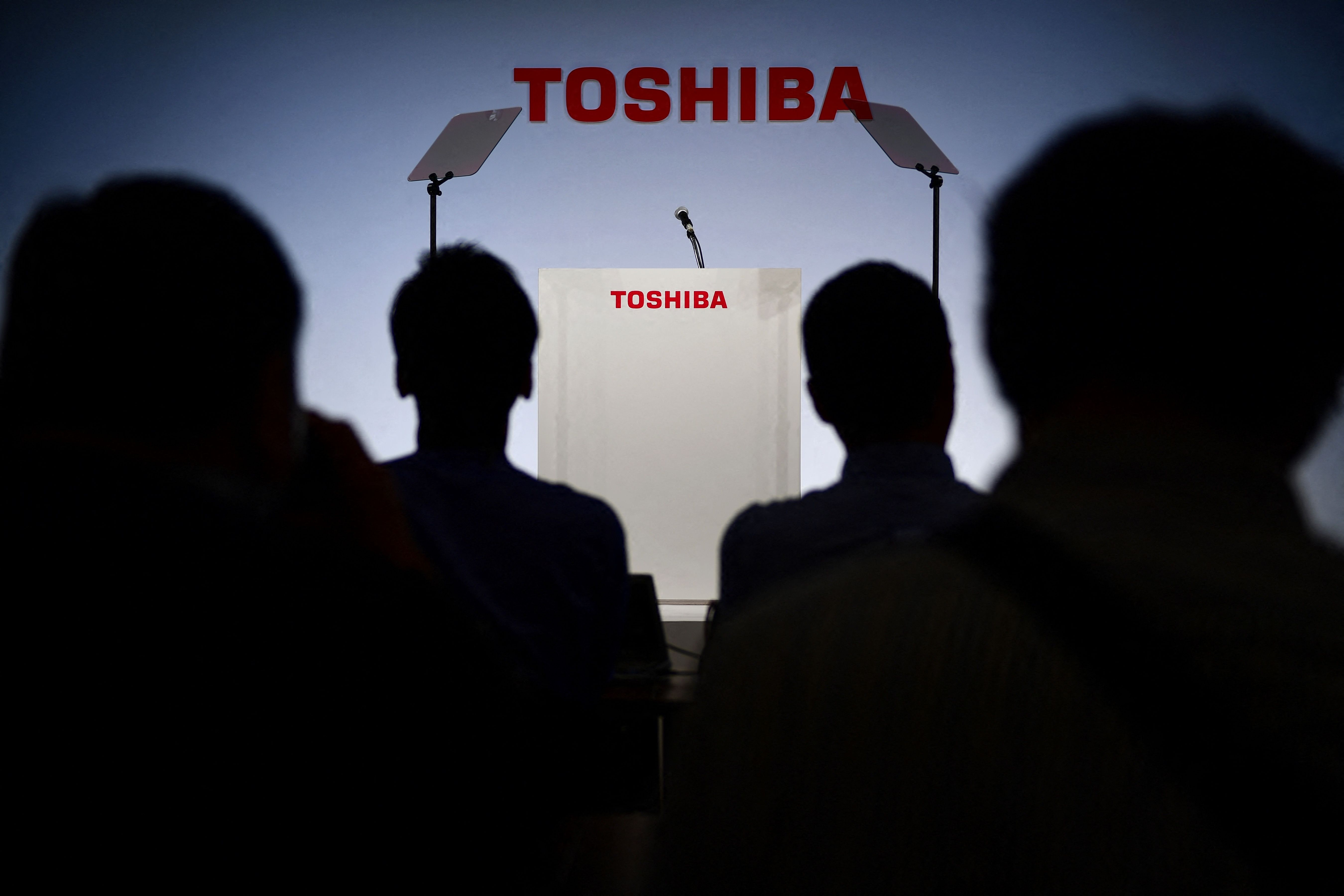 The last piece to fall as a result of the domino effect that has triggered a series of scandals at Toshiba has its own name: Osamu Nagayama. The shareholders of the Japanese technology conglomerate have voted “no” to the re-election of the chairman of the board of directors during the company’s annual meeting held this Friday. The decision comes after an investigation came to light a few weeks ago that uncovered a collusion scandal between the government and senior executives of the firm against foreign shareholders, a stabbing in the back that the latter have begun to retaliate against.

The failed tenure of Nagayama, 74, considered by many for decades a pillar of the business world of the third largest economy on the planet, is a blow to corporate governance in Japan. It also represents a victory for activist investors, who called for a substantial overhaul of Toshiba after years of highly questionable decisions that have come to light. Since the end of 2017, when the company went through enormous financial difficulties, 54% of its shares have been in the hands of foreign funds, which acquired them for about 5.3 billion dollars.

The latest controversy was uncovered in the middle of the year, after it was revealed in a first investigation that Toshiba executives had worked side by side with senior officials of the Ministry of Economy, Trade and Industry to dissuade shareholders from exercising their right to vote in the assembly 2020 ordinary general and block proposals from foreign shareholders. A second investigation published on June 10 and that has even splattered the Prime Minister, Yoshihide Suga, affirms that part of the government leadership would have influenced the results of that meeting. After the document was published, the ministry said there was nothing unusual about consulting with companies about possible risks to national security.

This second investigation was promoted by the Singaporean fund Effissimo Capital Management ─main minority shareholder with 9.9% of the company─ in order to reveal the legitimacy of the re-election of Nobuaki Kurumatani to the position of president of the firm in 2020.

The scandal led to the resignation of Kurumatani and four other executives a couple of weeks ago. However, Nagayama, a former head of the Roche Holding AG subsidiary and a former non-executive head of Sony Group, remained in office claiming he had a responsibility to clean up the governance of the company. Toshiba’s new CEO, Satoshi Tsunakawa – Kurumatani’s replacement – endorsed Nagayama’s candidacy and reiterated his faith in the chairman of the board. However, investors, dissatisfied with the measures taken to face the serious accusations against the company, expressed their criticism during the three-hour meeting on Friday, according to the Japanese media. Nikkei.

With more than half of the company’s shares held by foreign shareholders and funds operated by Japanese investors overseas, the campaign against Nagayama’s permanence was shaping up to be a practically accomplished fact. His did not follow the trend of many similar cases in Japan, in which foreign shareholders have seen their proposals for higher dividends truncated or the fragmentation of the company, torpedoed by the votes against the Japanese institutional investors.

Nagayama, sheltered in his prestige in the Japanese business sector and his experience in the recovery of Sony as leader of the executive board of that company, did not achieve the victory by a narrow margin that some predicted, and leaves the position vacant for a year after assuming it.

It is another partial victory of the main investors in their eagerness to erase from the photo all those who are interfering in their demands to promote the development of the firm, such as the opening of a sales process, before which the internal management of Toshiba he has been reluctant. Without Nagayama in office, one of the executives who has shown the most caution regarding the sales proposal, Toshiba could soon start a bidding process for private equity companies that would lead to a possible separation from the conglomerate.

The eleven directors elected have experience abroad and must now take a firm step towards more transparent management that meets the aspirations of overseas supervisors.

In its day Toshiba was one of the largest technology companies in Japan, specialized in manufacturing everything from washing machines to nuclear reactors, but for years it has been going through serious financial problems. Furthermore, due to its inability to reinvent itself against other strong competitors in the region, the company was forced to divest its semiconductor, imaging sensor and computer subsidiaries.