The building license of the San Lorenzo de El Escorial City Council is one of the last procedures in a process that started ten years ago. The Council of Ministers agreed last Tuesday to create a forensic work commission in the crypts of the Valley of the Fallen to meet the request of the relatives of 60 people buried there without their consent and wants to start the exhumations as soon as possible, aware that the time that has elapsed is already too much. Manuel Lapeña, for example, will no longer be able to celebrate the recovery of the remains of his father and uncle because at the age of 97 he has lost his memory. The Executive intends to bring to Parliament the new democratic memory law – which will include a specific article on the monument – after the trans law, which will predictably go to the Council of Ministers on Tuesday. These are the milestones of the turbulent path to redefine the Valley of the Fallen.

Year 2011. The committee of experts. On November 29, 2011, the acting government of José Luis Rodríguez Zapatero – Mariano Rajoy had just won the elections – presented the report of the committee of experts that had been commissioned seven months earlier to plan on the Valley of the Fallen. It was the first time that democracy had considered intervening in a monument that was governed by the same principles that Franco had left tied and well tied. The committee, made up of philosophers, jurists, anthropologists and a former Benedictine, proposed moving the dictator’s remains outside the mausoleum and moving those of José Antonio Primo de Rivera from the altar to one of the crypts, like the rest of the victims.

One of the reasons that prompted them to propose this solution was the situation of the Republicans buried in the Valley and whose families considered it an aberration that their loved one was buried “next to the executioner.” At least 33,833 people lie in the mausoleum (the equivalent of the inhabitants of the city of Teruel) and among them, hundreds of Republicans who were transferred clandestinely. The first forensic surveys had detected damage to the crypts, making it difficult to identify the bones. Subsequent interventions concluded that these damages were not the same in all crypts. In 2016, Manuel Lapeña obtained a favorable sentence for the exhumation of the remains of his father and uncle. It has not been executed yet.

It was Rajoy. The minister of the presidency Ramón Jáuregui asked the incoming government in 2011 not to put the report of the committee of experts “in a drawer”, but that was exactly what Mariano Rajoy did. The Executive of the PP also reduced to zero the items destined for the application of the law of historical memory.

June 2018. Pedro Sánchez takes up the plan. A long battle begins with the Francos. On June 17, 2018, EL PAÍS exclusively announced that the new Government planned to move Franco’s remains and resume the project of resignification of the Valley of the Fallen. But the exhumation will not take place until October 2019 after a long legal battle with the dictator’s heirs. The Supreme Court, in addition to the executive and legislative branches, will finally endorse the process that a Madrid judge, José Yusty, son and grandson of Francoist admirals, had tried to prevent by suspending the planning license. Yusty, famous in the judicial career for his attacks on historical memory, alleged the article of the Constitution that prevents “torture” and the death penalty.

The Government approves an item of 665,000 euros. Last March, three months after finally approving the Budgets, the Executive allocated an item of 665,000 euros to intervene in the Valley of the Fallen and be able to return the remains to the families who claim them. By then CSIC experts had already prepared a thorough report on the state of the crypts. The coroner Francisco Etxeberria, who has analyzed, among others, the remains of Pablo Neruda and Salvador Allende, will direct the exhumations.

Ideas, web and pedagogy contest. One of the keys to the new memory law is pedagogy. A group of archaeologists has already worked on the excavation of the town that housed the prisoners and workers who built the monument. The CSIC anthropologist Francisco Ferrándiz explains that “so that a democratic pedagogy can be articulated in the place, the transfer of remains, the use of imprisoned labor and Franco’s architecture will be thoroughly investigated.” The idea is that all this material is turned into a specific website and that the Valley of the Fallen becomes an interpretation center. For this, it is necessary to modify the Francoist decree that still governs the monument – it depends on the new memory law – and the call for a contest is contemplated so that artists can contribute ideas for the monument and compare it to other similar memory centers in the world. 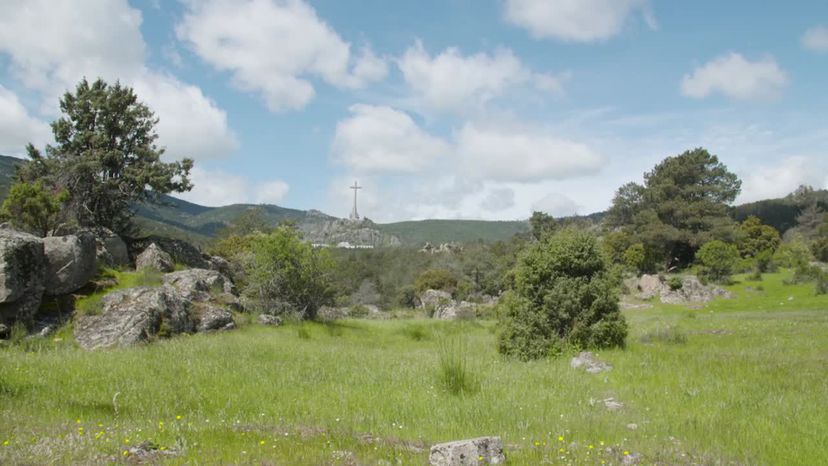 How to enhance EU cybersecurity