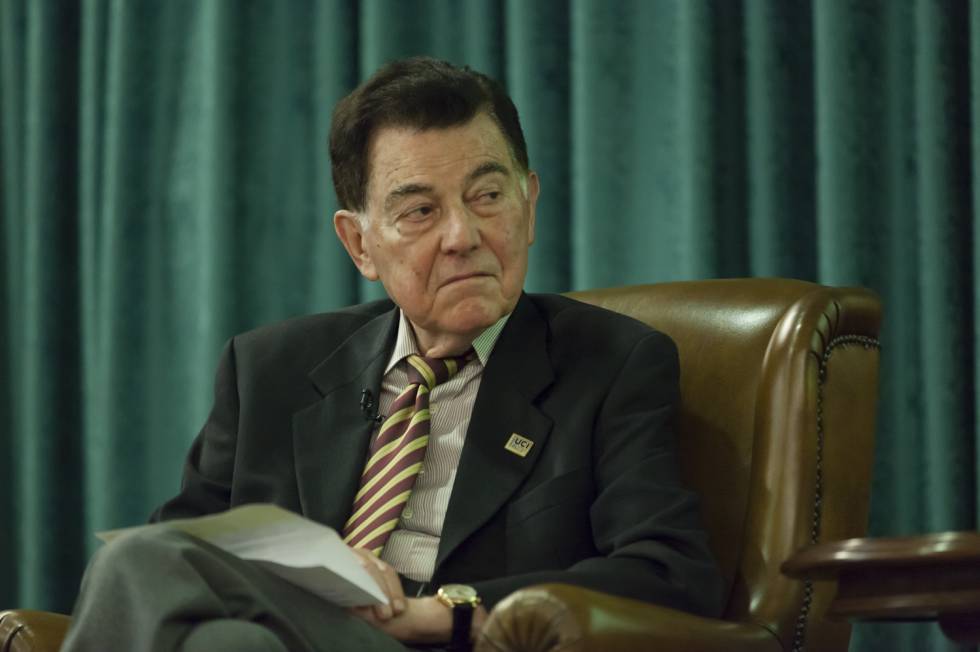 The prestigious National Academy of Sciences of the United States, made up of some 2,400 top-level scientists from around the world (including 190 Nobel laureates), has just expelled Francisco J. Ayala from Madrid after taking into account the accusations of sexual harassment against him that were proven to be true in 2018. Ayala, a neo-Darwinian biologist considered a world authority in his field, loses his status among this intellectual elite, according to figure in your file of the Academy. In 2018, the honors at his university in Irvine (California) were already withdrawn when three complaints of harassment and sexism were confirmed. Ayala, now 87, decided to resign as a teacher.

The Academy changed its statutes two years ago to be able to expel members who violated its code of conduct, which included “proven cases of sexual harassment”, as published Nature. After the change, the institution is reviewing the situation of several of its members. The first, the astronomer Geoff Marcy he was expelled a month ago, after taking into account that he had to leave the University of California at Berkeley for several cases of sexual harassment.

Now Ayala’s case has been evaluated; The scientists harassed by the biologist were the first to announce the decision on Wednesday on social networks, and later confirmed it Science. In addition, it seems that the Academy is currently reviewing the situation of two other scientists, one of them another Spanish: the Barcelona engineer Sergio Verdú, according Science, which entered the Academy in 2014 and was expelled from Princeton University for sexual harassment. Verdú appealed this decision of the university, so the Academy is waiting for the case to be resolved. The institution has not responded to this newspaper about the situation in both cases.

The Ayala case exploded in 2018, when the University of California at Irvine, to which he has dedicated more than 30 years and donated 10 million dollars, withdrew all honors for sexual harassment

The call Ayala case It exploded on June 28, 2018, when the University of California at Irvine (UCI), to which it has dedicated more than 30 years and donated 10 million dollars, announced the withdrawal of all honors to the most important professor of that institution. In a note it was assured that Francisco J. Ayala, a US citizen, had received four complaints of sexual harassment from as many employees of the center. After half a year of research and more than 60 interviews, carried out by two specialists, it was decided to consider three of them as good because the report considered it proven that it had violated university regulations dedicated to protecting its staff against sexist behavior.

Weeks after the investigation was known, and after the magazine Science published the full report, Ayala explained to this newspaper that it was all “a plot” to discredit him, orchestrated by the main officials of the UCI. This supposed plan included the rector, the dean and the head of the department. Asked why the center would have designed a plot against its main patron, the scientist could not provide evidence or reasons to justify it. This newspaper has not been able to contact Ayala in the last two days.

“What they want is to harm me for their own interests, eliminate me from my position,” Ayala assured in 2018, when he defended that “not everything is an invention, but much of it is.” In the report that the UCI made at that time, it was expressly detailed for each of the complainants that his testimony was “credible”: “There are no reasons that indicate that they could be motivated to exaggerate or falsify their accusations.” In addition, he doubted the credibility of Ayala’s testimony: in eight different cases, his words were denied by witnesses.

That university report is a detailed mosaic of what happened over the last few years in the lives of these women, through the accounts of more than 60 witnesses. In this group were included many who have nothing against him and say that he is just a chivalrous and old-fashioned man. The key woman in the complaints is the current head of the Department of Ecology and Evolutionary Biology, Kathleen Treseder, who arrived at the UCI in 2003 and says that, since then, she had to endure Ayala’s sexist behavior towards her. Treseder points out that she couldn’t shake him off whenever they met, to the point of having to ask for help. On one occasion, when she complained that a man had grabbed her ass while riding a bicycle, as an example of sexual harassment suffered by women, he assured that he could not blame the man and that he too would like to “grab his ass”. Treseder thanked on Twitter the expulsion of Ayala from the Academy, although he has criticized that he is late.

Ayala explained to this newspaper that it was all “a plot” to discredit him, although he could not provide evidence or reasons to justify it.

Ayala denied to this newspaper all the accusations of Treseder, whom he considers the instigator of the plot. “They are absolutely false. Among other things because I do not use that language of touching my ass, ”he said in 2018. The investigators accept the accusations as good because there are several testimonies of witnesses in which Ayala does use that language, such as when he joked telling an investigator if he had enjoyed spending his scholarship money on “whores and coke.”

Based on the Treseder accusations, the investigators obtained the testimony of assistant professor Jessica Pratt as a witness, who, in February 2015, would suffer one of the most decisive episodes of the report. She was going to make her first presentation in the department and to plug in her computer she sat in the seat that Ayala demanded for himself. Upon arrival, the Spanish biologist commented that if he wanted, he could sit on his lap. These words, heard by several witnesses, constitute the only serious accusation recognized by Ayala, which he regrets as a “serious error of judgment.” However, the report states that the first thing Ayala did was scold Pratt when she learned that she had complained about the comment, accusing her of being too “sensitive.” Another witness assured that he also suggested that she could sit on him.

On the occasion of the episode, Ayala was formally warned by the vice-rector of the UCI and by the then head of the department that he should change his attitude towards women. The report highlights many comments that women on campus found annoying, inappropriate or discriminatory. Several witnesses say that Ayala’s inappropriate behavior towards women was a common comment among campus members.

Since the accusations were known, the Spanish biologist received numerous samples of support from the scientific community, such as two letters signed by 14 and 20 international researchers, respectively, who have worked with Ayala and defend her integrity. The report finds her version that her courtesies have been “misinterpreted” as unconvincing, and highlights Ayala’s intimidating attitude, as evidence that she took advantage of her power, and that she consciously ignored the warnings she had received in 2015. When presenting the warnings to her, Results of the report, Ayala resigned: “They told me either I was resigning or that they would fire me,” he explained.