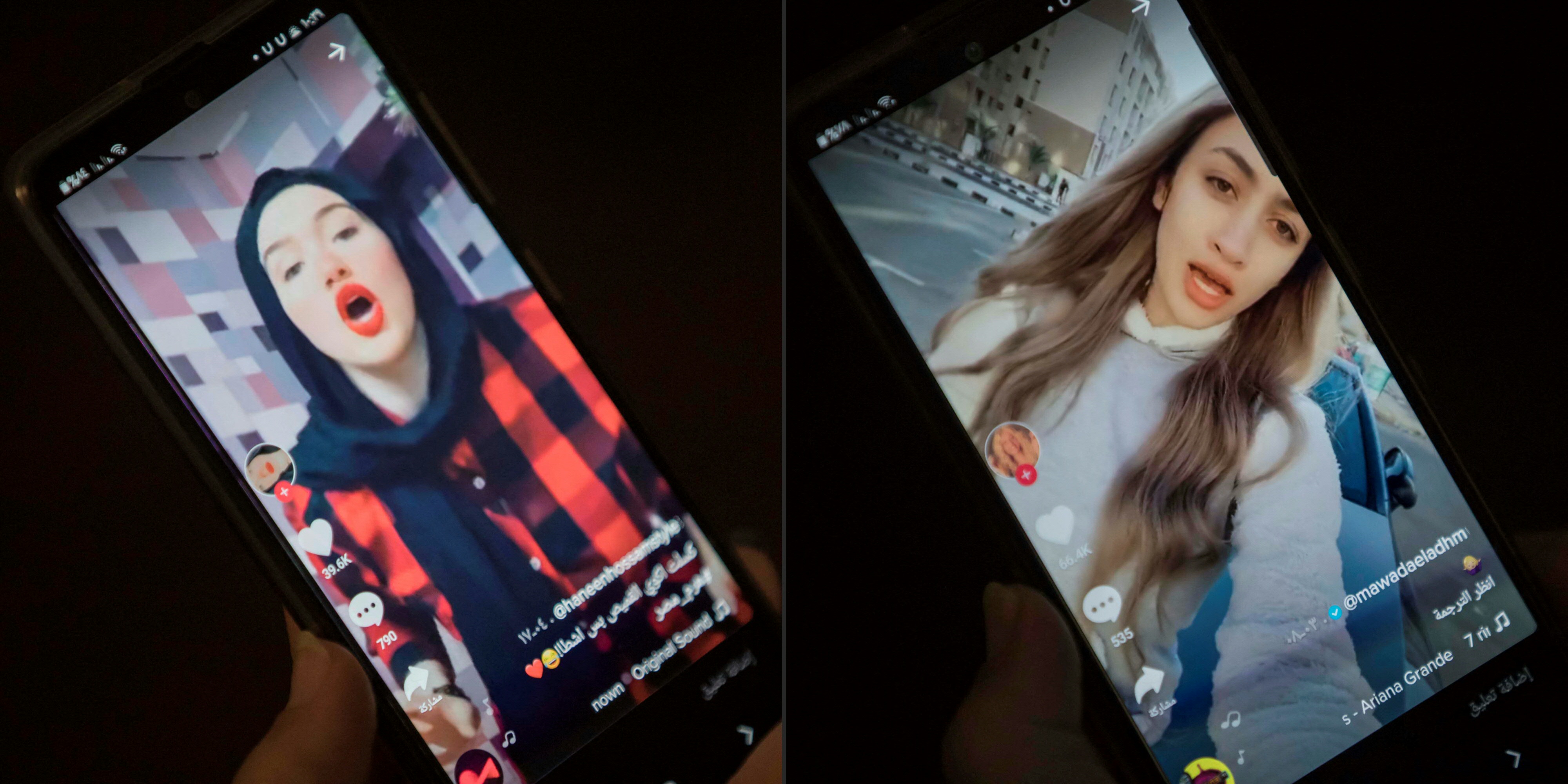 Since the beginning of June, the Egyptian judicial authorities have sentenced five young people to harsh prison terms. influencers of the country accused of controversial charges such as undermining the values ​​of the family, human trafficking and inciting prostitution for their visual content disseminated through social networks.

The most forceful verdicts, and which have generated the most rejection, were handed down on Sunday by a Cairo court against Haneen Hossam, 20, and Mowada Al-Adham, 23, sentenced to 10 and 6 years in prison, respectively, in addition to paying a heavy fine. On June 8, another famous influence, Renad Emad, was sentenced to three years in prison for content disseminated on the networks that the authorities consider indecent, and a week later a popular duo, consisting of a mother and her daughter, was sentenced to five years.

The severe rulings against the young women have been criticized by human rights groups, who have called on the authorities to guarantee the right to freedom of expression without arbitrary restrictions. His persecution has been interpreted as a reflection of the hostility of the regime towards the free use of the internet and its determination to impose its moral protection on the creators of content on social networks. Also as the latest example of the government’s stubbornness to define the limits of morality in a booming sector.

“As feminists, we have been warning for years that it seems that the system wants women to see themselves in a certain way, so anyone who is not within that [modelo], is accused, ”says Mozn Hassan, a prominent activist and founder of the Nazra organization for Feminist Studies. Hassan notes that the legal interpretation of these cases, connected with the controversial prostitution law and trafficking in women, is something “very alarming and problematic” and explains the high sentences.

The ordeal of those known as “TikTok girls”, in reference to the short video social network in which most of them broadcast their content, began last year when the authorities carried out an arrest campaign during which they were detained a dozen influencers. Most are in their twenties, come from popular backgrounds and have been accused of crimes such as violating family values, promoting debauchery and prostitution, and spreading sexually suggestive videos.

His arrests and convictions represent one of the first times that Egyptian authorities have resorted to moral charges under a draconian cybercrime law passed in 2018. Two vague articles of the rule provide jail terms of between six months and five years for content on the Internet contrary to “public morals” and “family values”, although it does not define what material constitutes this crime. The Public Prosecutor’s Office and the police have departments dedicated to these issues.

The use of these surveillance methods and these newly minted charges are also seen as a new way to monitor women’s bodies and their behavior in an emerging sector such as social media. During the investigations, there have been recurrent references to their bodies, their clothes and activities such as dancing to later suggest that they were ways of inciting indecent acts, debauchery or depravity, according to local media. Also, apps like TikTok they offer economic opportunities to young women from backgrounds with limited possibilities, an option now short-circuited. Activists and human rights groups insist that their activity corresponds to the work of any content creator in the world.

“The sentence against Mowada and Haneen is intended to be a message to all women and young people to fear harsh punishment if they believe that they are free to express themselves on the internet in those applications,” says Mohamed Lotfi, the director of the Egyptian Commission for Human Rights. and Liberties, one of the nine organizations that requested the revocation of their sentences on Tuesday.

In this way, the Egyptian authorities have turned this area of ​​the digital sphere into the last space where they can continue to fight their battle to set the limits of morality, in line with the repression of those who challenge or do not conform to the rigid social norms of the country. In fact, some of the arrests occurred after lawyers or individuals complained of acts that they considered immoral to the Prosecutor’s Office, which has become the guardian of social norms.

Successive prison sentences also come as, over the past year, more and more women are denouncing Egypt’s deep-rooted culture of rape. Along the way, they are weaving strong networks of solidarity, unusual in the country, which have now largely mobilized to demand that the judicial processes of the young women be reopened and acquitted.