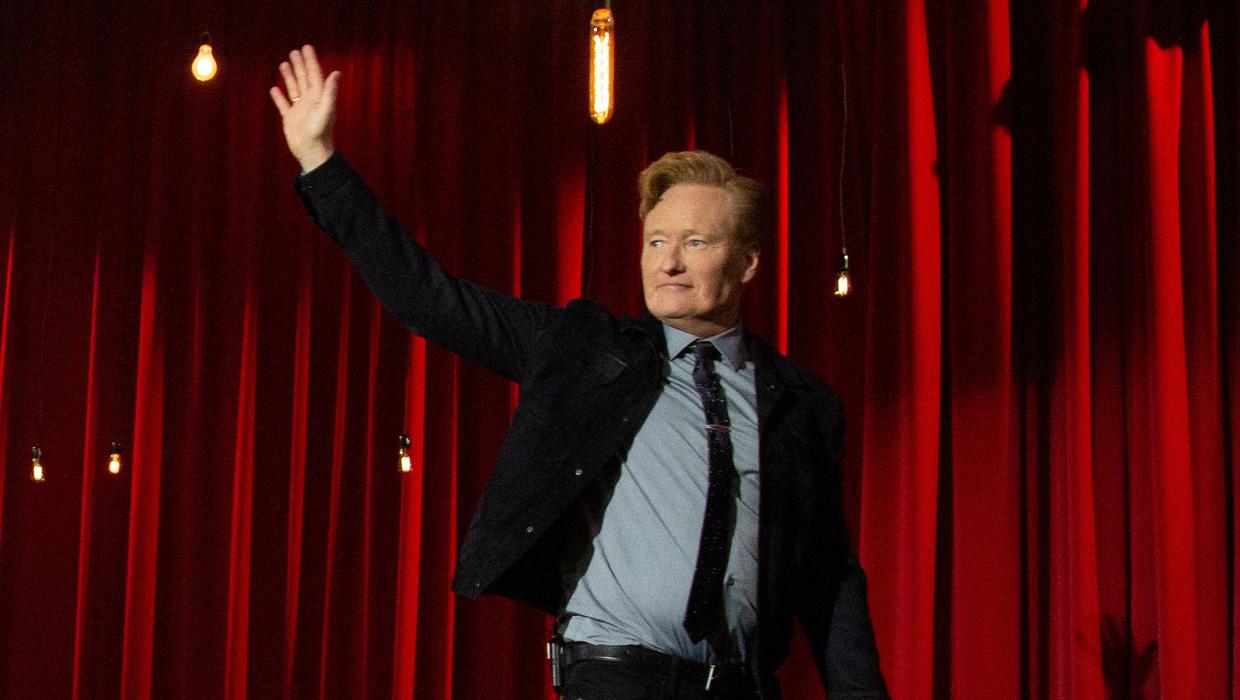 The most famous bangs on television in America have said goodbye. For now. Conan O’Brien, the legendary TV show host late night (midnight show), has said goodbye to the format after 28 years of daily broadcasts on various networks. The comedian, who started in the writers room of Saturday Night Live Y The Simpson, With his farewell he closes a golden era of late-night presenters who took over from Johnny Carson, David Letterman and Jay Leno. His silly style to make laugh and his skills as an interviewer have created a school in the programming of both coasts of the country and that has among its heirs Jimmy Fallon and James Corden. O’Brien, 58, does not leave television. It has been announced that it is preparing a format, without a confirmed release date, for the HBO Max platform.

After a week of goodbyes that included interviews with Dana Carvey, Mila Kunis, Paul Rudd and Seth Rogen, among others, the final broadcast on TBS has ended with more long faces than smiles. They were not exactly caused by the farewell, but because the great goodbye was frustrated. Jack Black, the guest at the grand finale, limped onto the stage of the Largo Theater in Los Angeles. The right foot with an orthopedic boot and, in the hand, a walking stick. O’Brien’s face showed frustration. “It could not have been more suitable for our program,” ironically the presenter. “When the shows They end, Carson’s, Letterman’s, all the legends that leave the scene, everything is tried to be meticulous. And when we thought about doing something where Jack pretended to hurt himself, Jack really hurt himself, ”O’Brien said. The comedian from School of Rock sprained his ankle rehearsing the great sketch final on Wednesday. To compensate, Black sang a cover of My Way. Beside him was Andy Richter, who has been O’Brien’s partner throughout his career.

Homer Simpson came on stage to change roles and give O’Brien his final interview. The patriarch of the yellow family mistook the host for a comedian from a hidden camera prank show. “Homer, I am the host of a talk show”, The redhead explained. “Oh, an endangered species,” he replied. “There are only 800 left like you,” he added. That appearance was a nod to one of the Boston-born Irish-born comedian’s earliest commissions. “I’ve had a lot of jobs over the years,” Homer said. “I was a monorail driver once, can you believe it? What a stupid idea that was! ”Simpson laughed in reference to one of the four episodes O’Brien wrote for the fourth season of the Matt Groening-created series.

The most emotional moment came in the final minutes, which O’Brien dedicated to thanking those who supported him in what was once considered a leap into the void. Was in charge of Late Night for 16 years, from 1993 to 2009. It was the NBC night show that had been hosted by David Letterman. At just 30 years old, he waited patiently for his chance to be the heir to primetime, at the hands of Jay Leno. When the moment came, in June 2009, it was very brief. The ratings war forced NBC to make adjustments and tried to send the host to a time past midnight. He strongly objected and ended up leaving the network after only 135 episodes in prime time. O’Brien was considered by many as the great victim of that battle. After that, a tour of the United States began and Team Coco was born, Conan O’Brien’s team, which ended up leaving the East Coast to move to California and land on the cable channel TBS, owned by Warner, which was his home for 11 years. Until Thursday night.

“My entire adult life has been spent chasing the balance between the smart and the stupid. There are many who believe that they cannot coexist, but I believe that when it is achieved it is beautiful, it is one of the most beautiful things ”, said O’Brien in his final minutes to give a description of what was his comic hallmark for almost three decades . When others like Jon Stewart, Stephen Colbert or John Oliver perfected political satire, O’Brien opted for sketches and physical comedy. On many occasions he went out to the streets to star in scenes himself without fear of ridicule.

His show was also the platform for a generation of comedians like Nick Kroll, Taylor Tomlinson, Amy Sedaris and Sam Morrill. It was a showcase that showed the change of comedy over time. On Late Night, for example, he used one of the wildest correspondents of which the small screen has memory. Triumph, the dog that insults, a puppet in the hands of comedian Robert Smigel, He went out to the street to rebuke whoever he could on the most varied occasions. It is a type of comedy that would be unthinkable in these times.

“Do what you love and with people you love. And if they succeed, it is the definition of heaven on Earth ”, were the last words of an emotional O’Brian, who tried to prevent tears from stealing the spectacle of a life dedicated to making people laugh.