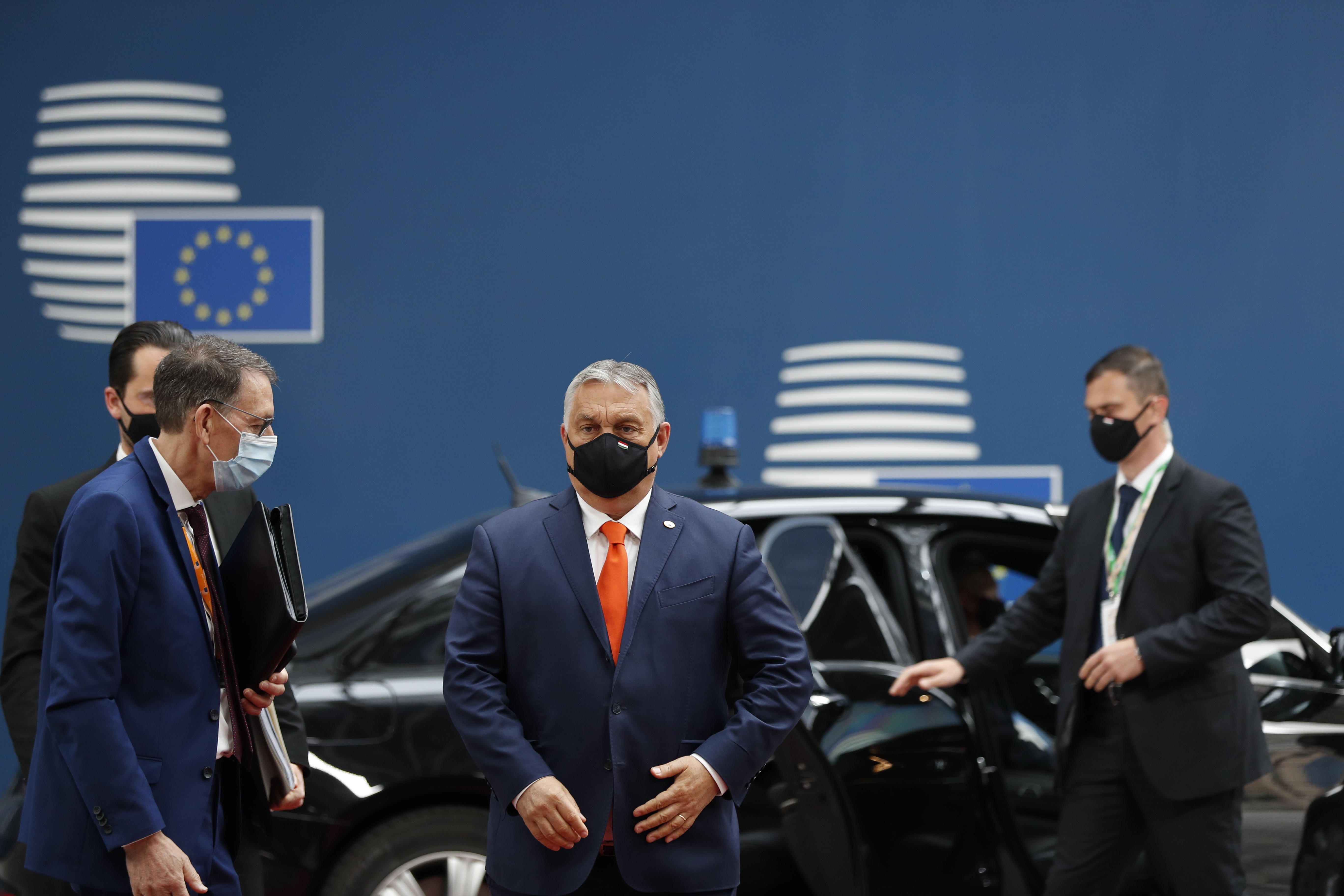 Hungary’s latest law against homosexuality seems to have filled the patience of European leaders. The Hungarian Prime Minister, Viktor Orbán, has run into at the European summit that begins in Brussels with an unusual common front of up to 17 countries that accuse him of violating European norms against discrimination and stigmatizing homosexual people with his policies biased against that sexual orientation.

The Hungarian regulation has been the subject of “a long, agitated and passionate debate” during the first day of the summit that takes place this Thursday and Friday. The liberal governments of Belgium, the Netherlands and Luxembourg have led the charge against an Orbán that has barely counted on Poland as an ally. Dutch Prime Minister Mark Rutte has been the toughest, to the point of suggesting that Hungary should follow the UK’s exit route from the EU if it is not comfortable with the club’s values. The President of the Spanish Government, Pedro Sánchez, has also been forceful, according to Spanish sources, and has categorically rejected “the identification of homosexuality with pedophilia and pornography”, as suggested by the recently approved Hungarian law.

The rejection of Orbán was reflected on Monday in a joint declaration promoted by Belgium and signed by 16 other community partners, including Spain. To this is added that this Thursday, in addition, 17 presidents of Government or State, with Pedro Sánchez among the signatories, have addressed a letter to the community institutions in which they express their will to “continue fighting against discrimination towards the community LGTBI and reaffirming the defense of their fundamental rights ”. The letter is signed by Angela Merkel, Emmanuel Macron and Mario Draghi, among others.

The trigger for such an unusual clash between the bulk of the Union and one of its partners has been the law passed by the Hungarian Parliament (by 157 votes in favor and one against) to prohibit the mention of homosexuality in schools and prevent content related to that sexual orientation in audiovisual or printed material that can be accessed by minors under 18 years of age. The European Commission has already indicated that, in its opinion, the rule appears to violate several articles of the EU Treaty, as well as several Community directives.

But Orbán has arrived at Council headquarters in Brussels with seemingly folksy body language and a defiant tone towards his colleagues on the European Council. “First they read the law and then they give their opinion, that’s the correct order.” Orbán has assured at the entrance of the summit that “the law has nothing to do with homosexuality, it is about children and their parents.” Budapest insists that the rule only aims to guarantee that families maintain control over the sex education that minors receive until they reach 18 years of age. “I am a freedom fighter,” said the Hungarian Prime Minister. “I fought against a communist regime in which homosexuality was punished, I fought for them to have freedom,” Orbán stressed.

The Hungarian prime minister has become accustomed to newspaper squabbles with Brussels since he came to power (for the second time) in 2010 and has even cultivated this confrontation as a way to fuel his electoral success among a public opinion reluctant to possible external interference. But Orbán’s star has started to decline and his isolation within the EU is increasingly evident, especially since his party, Fidesz, was forced earlier this year to leave the European People’s Party (EPP). .

The EPP umbrella gave the Hungarian a certain veneer of respectability and allowed him to rub shoulders with the main Conservative leaders of the continent, in particular with German Chancellor Angela Merkel. Since his break with the EPP, Orbán has tried to forge a common front with parties such as Matteo Salvini’s Italian League or Jaroslaw Kaczynski’s Polish PiS.

But so far Orbán has not managed to establish a solid alliance that allows him to establish himself as a reference of an ultra-conservative European current alternative to the popular ones. The size of his country (about 10 million inhabitants) and his links with Russian President Vladimir Putin (an intractable enemy for Kaczynski) do not facilitate continental leadership either.

Hungary’s measures against the LGTBI community have also placed it in an uncomfortable position even for its until recently co-religionists of the EPP and for some of the Central and Eastern European governments that normally closed ranks with Budapest. Among the signatory countries of the charter (Belgium, Denmark, Germany, Estonia, Ireland, Greece, Spain, France, Italy, Cyprus, Latvia, Luxembourg, Malta, the Netherlands, Finland and Sweden) there are popular, socialist and liberal leaders; and from all geographical areas of the club.

Even the Austrian Chancellor, Sebastian Kurz, who represents the hardest wing of the EPP, has joined a posteriori to an initiative that, according to Spanish sources, has been promoted by Sánchez and the Luxembourg Prime Minister, Xavier Bettel. One of the signatories, the Dutch liberal Rutte, has been blunt. Hungarians, he said, “have to understand that they are members of the EU, members of a community of values, or leave [del club]”. The Dutch prime minister even assured that he will make Hungary “kneel on this issue.” Orbán has thus become the focus of a European summit that, in principle, was intended to address the pandemic and the difficult relations with Russia and Turkey.

The Hungarian runs the risk of becoming an intractable political pariah for most European leaders. On Wednesday, he did not even attend the Eurocup soccer match played by the German and Hungarian teams to avoid the controversy that arose over the possible lighting of the stadium with the colors of the rainbow flag, symbol of the LGTBIQ community.

“Values ​​are the heart of the EU, so we will address the issue [de Hungría] at dinner tonight ”, said the President of the European Council, Charles Michel, upon his arrival at the summit. To make matters worse, Orbán’s meeting was attended in the morning by the Secretary General of the United Nations, António Guterres, who has also joined the charge against Budapest. “Any discrimination against LGTBI people is unacceptable in our societies,” has sentenced the Portuguese at the headquarters of the European Council.