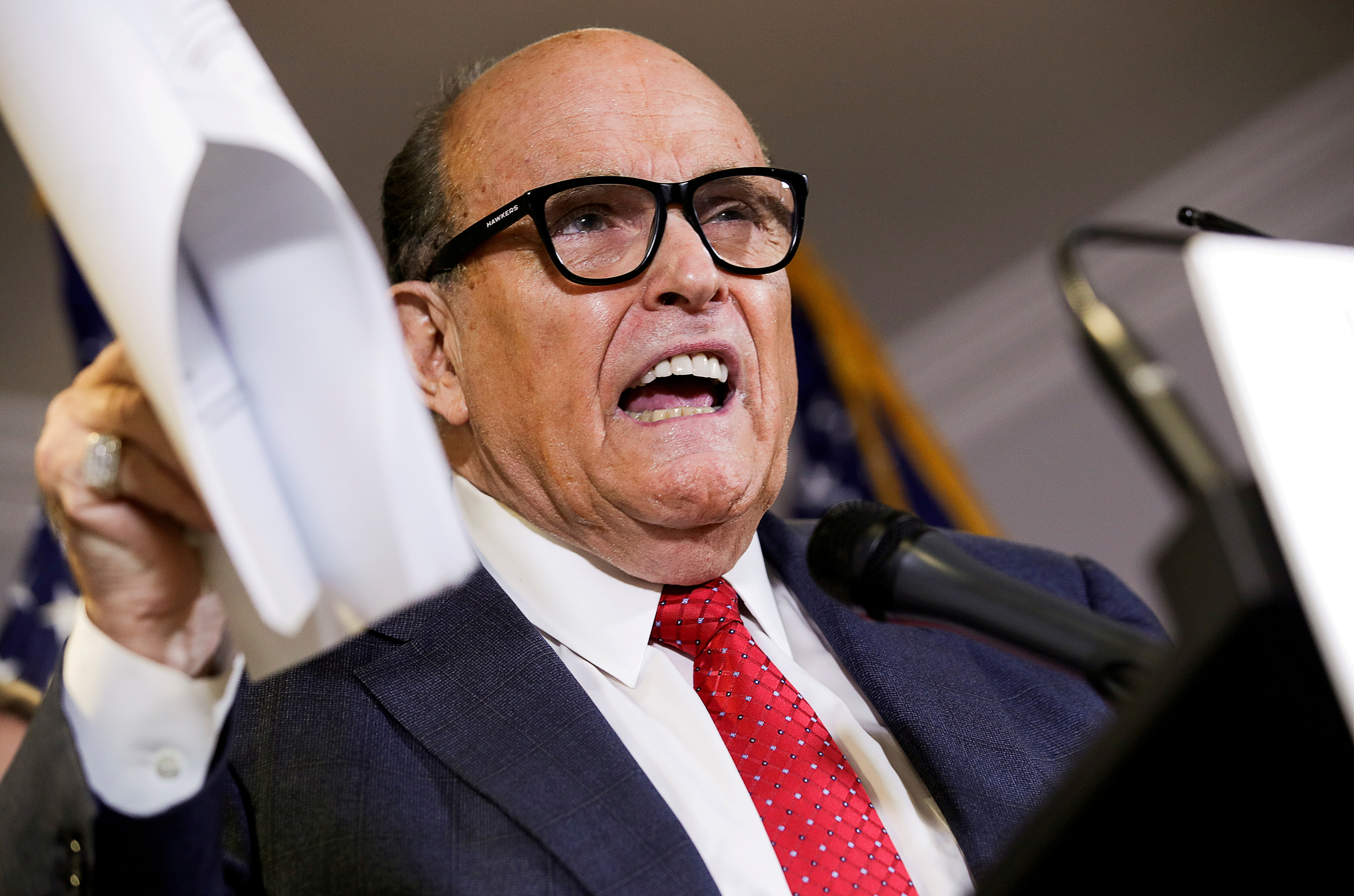 He was person of the year for the magazine Time, considered “mayor of America” ​​for his reaction to the 9/11 attacks in the city of skyscrapers and also an iron arm against organized crime due to his time as a prosecutor in New York. For years, Rudy Giuliani managed to occupy a comfortable place in the club of the most recognized Republicans on the national scene. As of this Thursday, he will not be able to practice even as a lawyer in this State. An appeals court has decided to suspend his license, concluding that he made “demonstrably false and misleading” statements in order to reverse Joe Biden’s victory in the 2020 presidential election. As Donald Trump’s personal attorney, Giuliani captained the court battle of the Republican for contesting an electoral defeat waving hoaxes of fraud that no judge has corroborated.

In a 33-page document, the appellate division of the Supreme Court of the State of New York establishes that the action of the lawyer poses a threat to the “public interest” and deserves the “interim suspension of his license to practice” the law. “False statements aimed at fostering a loss of confidence in our elections and, as a result, in confidence in our Government, generally harm the proper functioning of a free society,” point to the text. “We conclude that there is incontestable evidence that [Giuliani] he made demonstrably false statements to the courts, legislators and the general public as an attorney for former President Donald Trump “within” Trump’s failed bid for re-election, “he also notes.

Giuliani’s crusade went through denouncing a “national conspiracy” and even claiming that the votes were counted in Spain and Germany by a Venezuelan company of “allies of Maduro and Chávez”, which would act, in turn, through another company Spanish, in reference to Indra, which had to deny any contractual relationship with any of those firms. The lawyer faces problems with the voting machine company Dominion Voting Systems, which is claiming compensation of $ 1.3 billion for its involvement in the “big lie” about electoral fraud.

Giuliani, 77, began practicing law in New York in 1969, served in the Ronald Reagan Administration, and was appointed United States Attorney for Manhattan in 1983. He served as mayor of New York from 1994 to 2001 and, from there, a decline began. He starred in a suicidal race for the White House in 2008, skipping the first battles of the Republican primaries and loaning everything to Florida. It failed miserably. Later, he turned to his consulting activities to companies and countries, including Ukraine. As Trump’s attorney, he played a key role in lobbying the Kiev government to find dirty laundry about Biden, the source of the second trial (impeachment) to Trump in the Senate. This Thursday’s measure is the latest episode in a decadence of years.