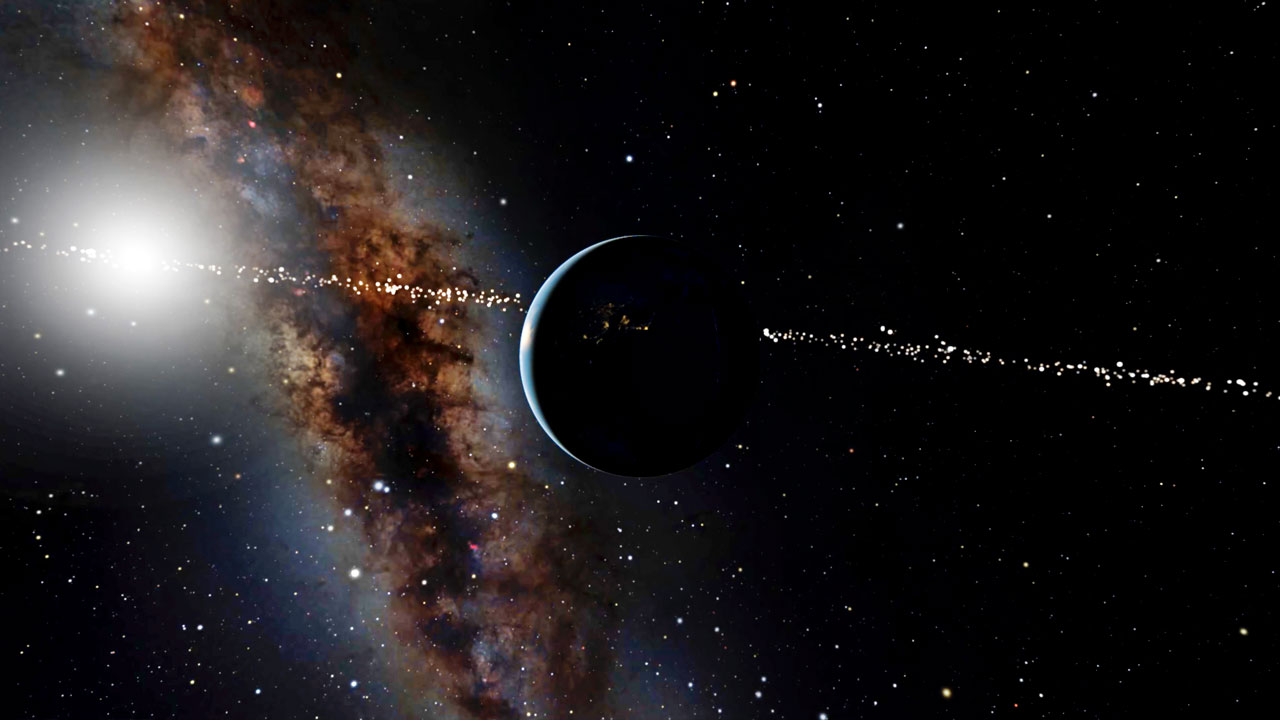 If there is life on other planets with an intelligence and technological capacity similar to ours, it is most likely that they have already seen us or that they are seeing us at this moment or that in the astronomically near future they will be able to see us. A new study, published this Wednesday in Nature, reveals that 1,715 nearby stars have been able to detect the existence of Earth during the last 5,000 years, when the first human civilizations developed, and that 319 additional stars will move to the right place to see us in the next 5,000 years.

Lisa Kaltenegger, director of the Carl Sagan Institute at Cornell University in the United States, associate professor of astronomy and first author of the research, says that in total there are 2,034 stars in our Solar neighborhood that could see how the Earth blocks light from the Sun once year. “They are able to detect us if they observe these changes in brightness in the stars, in the same way that we do to find nearby and potentially habitable planets that orbit stars other than the Sun,” the researcher says by mail. 70% of the more than 4,000 non-solar system planets, known as exoplanets, discovered so far have been found by observing how the star in which they orbit is darkened. Earth could also be detected from other exoplanets using this method.

Kaltenegger explains that the most exciting thing about the research was understanding and seeing how objects in the universe change places over time. “I am fascinated by the dynamic nature of our cosmos.” The scientist says, for example, that a possible civilization that inhabits the exoplanet Ross 128b, famous for being the same size as Earth and for being the second closest found to date, could have seen us in the past, but lost that point of privileged view 900 years ago. On the contrary, the planets that orbit the star Teegarden will begin to see the transit of the Earth in 29 years and those that orbit Trappist-1 will only be able to observe us in 1,600 years.

Most of the stars in our neighborhood have at least 1,000 years to meet us, but some hold a special point of view for more than 10,000 years.

“The point of view to be able to see the Earth is not forever, it is won and lost”, concludes Kaltenegger. And he says that during one of his works in search of exoplanets he wondered how long that “front row seat” took to find Earth. Nobody knew. That question was the origin of this investigation. In the end, she and her team concluded that “most of the stars in our neighborhood have at least 1,000 years to meet us, but some hold this special point of view for more than 10,000 years.”

Reaching this conclusion was made possible by the European Space Agency’s Gaia Catalog, the most accurate mapping of the Galaxy ever made. Jackie Faherty, a researcher at the Department of Astrophysics at the Museum of Natural History in New York and co-author of the work, explains that using the database of A total of 331,312 stars nearby and projecting their movements in time over a period of 10,000 years, 5,000 into the past and 5,000 into the future, found the 2,034 stars that have been or will be in position to see the Earth.

Faherty, who describes herself as a dynamic astronomer who loves to see where the stars are, where they have been, where they are going, and most of all what that tells us about the history of our solar system, states that With the research they also found that at least 75 stars are close enough, less than 100 light-years away, for human-made radio waves to have reached them. Within these star systems there are 29 potentially habitable worlds that could have seen Earth and received our radio signals, explains the researcher.

The four systems that are closest to the earth to have already received radio waves and in which there are potentially habitable planets are Ross 128b, Teegarden’s star, GJ 9066, and Trappist.

The calculation to know how far the radio waves have reached is simple. “Humans began using radio communication about 100 years ago, that means that these waves, which travel the distance of one light year in one year of time, have reached star systems that are less than 100 light years away. from the Sun, ”says Kaltenegger. The Gaia catalog revealed that there are 75 star systems in that distance. However, each year those radio waves travel further and can reach more star systems.

Under that logic, say the scientists, possible extraterrestrial observers could detect life in our own world if they detect radio waves. “If someone had already found us,” Kaltenegger wonders, “what would they think of us?”

Faherty acknowledges that humans often forget “the vast multi-parameter nature of the Universe in which we live.” And he adds: “The movement, the distance, the angle of inclination, all play an important role in the scientific conclusions we reached.”

Kaltenegger explains that the stars from which the Earth could be seen transiting the Sun are priority targets for future searches for potentially habitable planets. “The next steps are for NASA’s TESS mission and for other observers using ground-based telescopes to find planets around those stars that we identified, that could see us.”

The scientists hope that this work will serve to encourage the search for many worlds similar to ours in potentially habitable areas. “It will be difficult to find them, but I think now we have additional motivation as to why specifically look around those 2,043 stars,” explains Kaltenegger.

Additionally, alien intelligence search program teams around the world are also going to use this list of stars to try to find signals. “Here at the Carl Sagan Institute at Cornell, the best tools for finding life in the solar system and on extrasolar planets are being discovered,” says Kaltenegger. So when observers find these planets, we are ready to look for signs of life on them. “