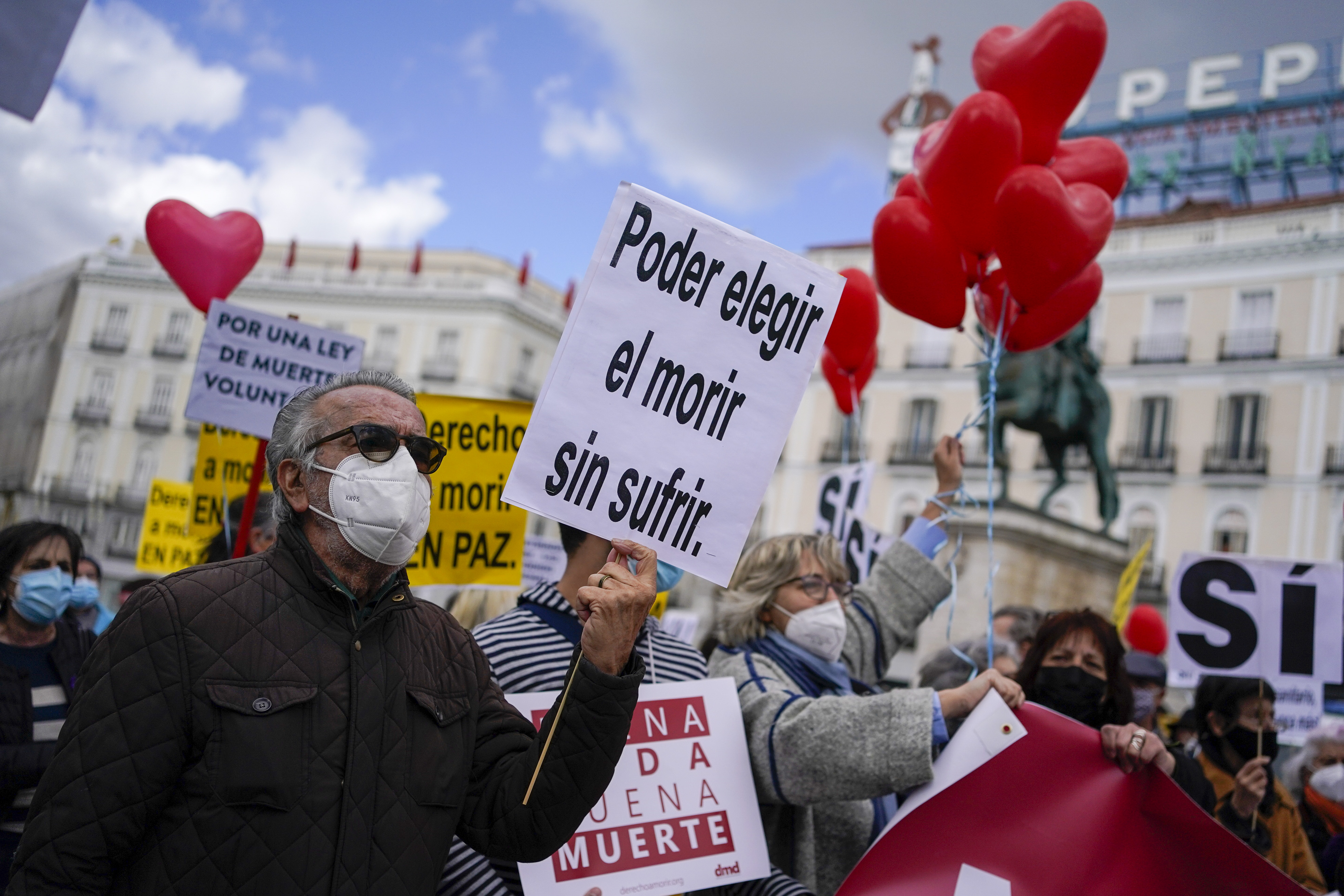 The Constitutional Court has rejected this Wednesday the precautionary measures requested by Vox so that the Euthanasia law does not enter into force this Friday, June 25, as is legally foreseen after its approval on March 18. Vox had requested that the application of the law be suspended while the court studies and resolves its appeal of unconstitutionality. There are no precedents for the approval of a precautionary measure of this type, and the Constitutional Court has unanimously denied it, while admitting the challenge against the content of the law.

The suspension of a law is only agreed when requested by the Government with respect to regulations of the autonomous communities, because there is a provision for this case in the Constitution itself. However, the court already denied such a measure when the abortion law was appealed. In both cases, it was argued that it was necessary for the approved legislation not to enter into force while the Constitutional Court studied its fit with the Basic Law because if it were annulled in whole or in part, it could have caused irreversible damage. Vox argued in this sense that if the euthanasia law is declared unconstitutional, during its period of validity, lives could have been lost due to the application of legislation contrary to the rights proclaimed by the Constitution.

By denying the requested suspension, the Constitutional Court reaffirms its doctrine in the sense that the appeal against a norm cannot give rise to a parenthesis for its entry into force, because there is no legal provision that allows it. The thesis of the appeal, on the other hand, was that although the law that governs the operation of the Constitutional Court does not foresee the suspension of laws – except in the aforementioned case that the Government requests it with respect to regional norms -, the court should make an interpretation of the legal framework that allows you to avoid the risk of loss of life during the period in which this challenge is being processed.

From the outset, Constitutional sources estimated that the chances of the suspension request made by Vox succeeding were very remote, if not non-existent. The fact that on Wednesday the decision to reject Vox’s petition was approved unanimously confirms that there are no doubts about the infeasibility of temporarily halting a law approved by Parliament. A very different thing is that later a rule already in force can be annulled because the court understands that it is unconstitutional, which is no longer a precautionary measure without hearing the parties to the process, as proposed by Vox in its appeal.

The challenge underlined in a long exposition that if at the end of the procedure the euthanasia law was declared unconstitutional, irreparable damage would have already been produced, in the cases in which it had been applied. The text of the challenge, presented by the Vox parliamentary group, maintains that this is a different assumption from the one raised by the law decriminalizing abortion, which was appealed in 2010 and remains, 11 years later, pending sentence.

The appellants emphasize that also in 2010 the suspension of that law was requested, and the Constitutional Court denied it, but adds that five individual votes were added to the ruling in which the dissenting magistrates criticized the lack of legal provision to address said lack of foresight. Such dissenting votes, Vox argues, now once again call upon the Constitutional Court, which in its opinion has a new opportunity to place the defense of the right to life ahead of other considerations.

The appeal addresses in this sense a reproach to the court of guarantees, because they emphasize that it promised to decide quickly on the appeal against the abortion law, a norm that 11 years later is still pending sentence. In Constitutional media, this delay has always been justified with the argument that the controversy over the aforementioned decriminalization law has given way to a less conflictive situation, in which it does not seem appropriate to reopen the debate, when it no longer exists even between the forces policies.

Vox’s challenge maintains that the euthanasia law presents a “radical unconstitutionality”, insofar as it “articulates the sacrifice of the fundamental right to life – ontological substrate of all other rights – on the basis of an unconstitutional weighting with other constitutional assets, in attention to which he cannot assign the fundamental right to life ”. It adds that “the unconstitutional recognition of the right of every person to request and receive the necessary help to die, enshrined in articles 1 and 4.1 of the law, projects its unconstitutionality on the entire article.” And this is because the rest of the text “is nothing but the definition of the requirements (chapter II), the procedure for their implementation (chapter III), the guarantees of access to the benefit (chapter IV) and the provision of the Commissions of Guarantee and Evaluation (Chapter V) ”.

The appellants also argue that “the configuration of euthanasia as a new generation subjective right – in which its holder would be entitled to demand from the taxpayer, that is, the State, to act to cause the death of a citizen – contradicts radically what was repeatedly affirmed by the European Court of Human Rights (Judgment of April 29, 2002, Pretty v. United Kingdom) and by the Constitutional Court (for all, STC 154/2002, of July 18) that there is no a right to demand that they cause their own death ”.

The text adds that “the legislator cannot therefore introduce a ‘new’ individual right whose existence has not only been denied by the highest courts, but would also imply infringing a fundamental right such as that of life”, enshrined in the article 15 of the Constitution. The appeal also underlines that “one thing is that a certain unlawful act may not entail certain legal consequences due to the concurrent circumstances, and another is to affirm that said act is a right comparable to that whose content is being infringed”, referring to the right to life.

Regarding the euthanasia law, which enters into force this Friday, the Interterritorial Council, where the Ministry of Health and the communities are represented, has given this Wednesday the green light to one of the loose ends that remained to be refined: the protocol of action so that the doctor in charge – the doctor chosen by the patient to take his case – decides if the patient is in full capacity to make the decision to request euthanasia, reports Jessica Mouzo. The law provides that, in addition to being of legal age and meeting clinical criteria (suffering from an incurable disease or a serious condition), the person requesting it must “be capable and aware at the time of the request.” If it is not, you will only be able to access the benefit if you have an advance directive document where you have contemplated this demand. The protocol includes the procedure for the responsible doctor to prove the applicant’s disability through “a series of assessments,” explained the Minister of Health, Carolina Darias. The recommendations manual contemplates conducting a clinical interview, resorting to support tools to assess the capabilities of the patient and having the help of a consulting physician.