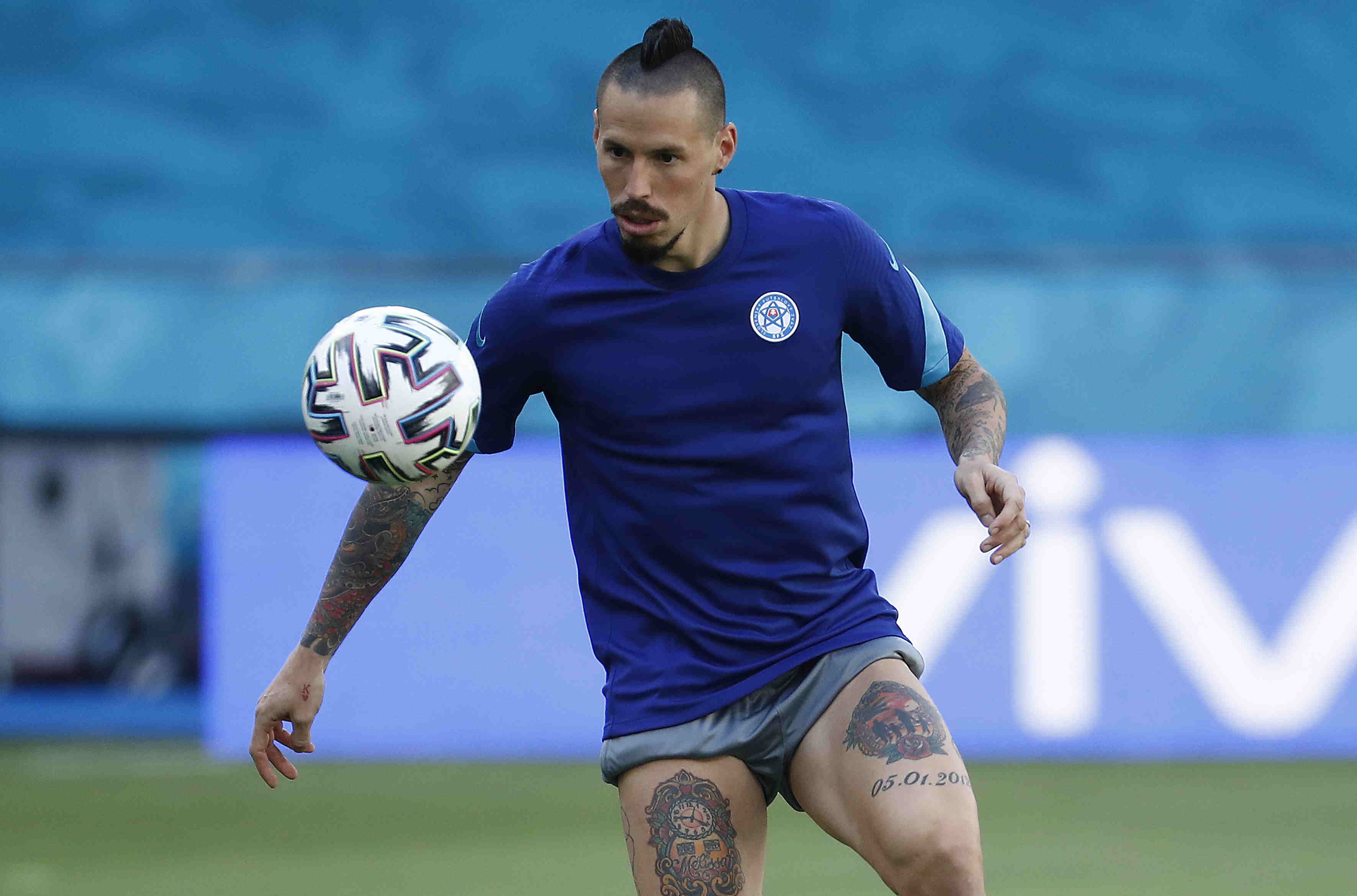 In the underrated footballers’ club, Marek Hamsik (Banská Bystrica, 33 years old), who this Wednesday captains the Slovak national team against Spain, is one of the references. Perhaps because it appears everything that it is not and shows what no one expects. Perhaps also because in his day he privileged loyalty over ambition and remained tangential to the elite from which they claimed him. “At first you see him as a weird kid, with weird hairstyles and full of tattoos, and you think he’s an outgoing guy, a leader. But he leads by the way he works. He is a very good teammate, very quiet, he doesn’t get into trouble and he doesn’t like cameras ”, describes Toni Doblas, now Betis goalkeeping coach and former teammate of the Slovak at Napoli.

On that motley planet on the slopes of Vesuvius, the withdrawn Hamsik is to the right of Maradona. Twelve seasons there gave him to surpass the Argentine as the top scorer (then the Belgian Mertens beat them) and the mythical defender Peppe Bruscolotti as the player who defended that shield the most times: 520 games and 121 goals define a footballer who is not a forward , but he has a goal, which coach Stefan Tarkovi uses as a false nine, freed from defensive tasks.

Because Hamsik is no longer the little motor from a decade ago. He left his country without having played a game in the First Division and landed at Brescia at the age of 17. He emerged as a long-winded midfielder, compared so many times to Pavel Nedved. But it evolved to arrive, actually to act as a man orchestra. “He does everything well. He has a good punch, he reaches the rival area well, he knows how to head, in the combinatorial game he is very good and he is a very competitive guy ”, Doblas defines him.

But surely what explains the future of Hamsik is his work ethic. In Naples, everyone calls him Marekiaro, a play on words between its name and the Marechiaro neighborhood, a promontory that acts as a privileged balcony over the Bay of Naples and is home to precious villas. Neologism does not define him either. Hamsik never lived in Marechiaro, but in Castel Volturno, in a conflictive environment in which he saw an advantage: proximity to the training ground. “He led the club for years with work, not with words. And he won the affection “, resolves Doblas.

In February 2019, Hamsik surprised everyone and accepted an offer from Dalian, Chinese, at a rate of 27 million to be distributed over three years. Naples honored him as one of their own. “My manchi eats Hamsik, Lavezzi e Cavani (I miss you like Hamsik, Lavezzi and Cavani)”, shines in various graffiti that adorn the Neapolitan capital. Naples emerged with that trident, which in 2012 gave the club the first post-Maradona title, an Italian Cup that returned to the showcases in 2014 without Lavezzi and Cavani.

Hamsik was the undisputed leader and did not have to repeat the demand made by his friend Lavezzi in the first title. “Today you are not going to bed. We will finish the party during the day, ”he told her. Hamsik replied that he does not like excesses, but he let himself be carried away by the passion of his Argentine partner. Not for that of Mino Raiola, his representative, who tried to break the contract with Napoli and offered it to Juventus. Naples is not a prison. I do not want to go. Winning a Cup here is better than winning any competition elsewhere ”, he explained. And he broke up with Raiola.

What never broke is the link with Slovakia. The name of his hometown, Banská Bystrica, is tattooed on his skin. The son of a footballer who did not pass Second and an international handball player, at the age of 22 he was the captain of the team in the World Cup in South Africa. And the European Championship was his priority when he decided to break with Dalian. He needed matches and he went to Goteborg for a salary that did not exceed 10,000 euros a month.

“Seriousness is very important,” he explained to show his disappointment with the Asian experience. Now he has just signed two years with Trabzonspor, Turkish, for a million and a half each. But he already announces that he will be a coach and that his heart is still in Naples. “He is the captain of a city,” noted the writer Maurizio de Giovanni. And that of a small country, Slovakia, that beats football.