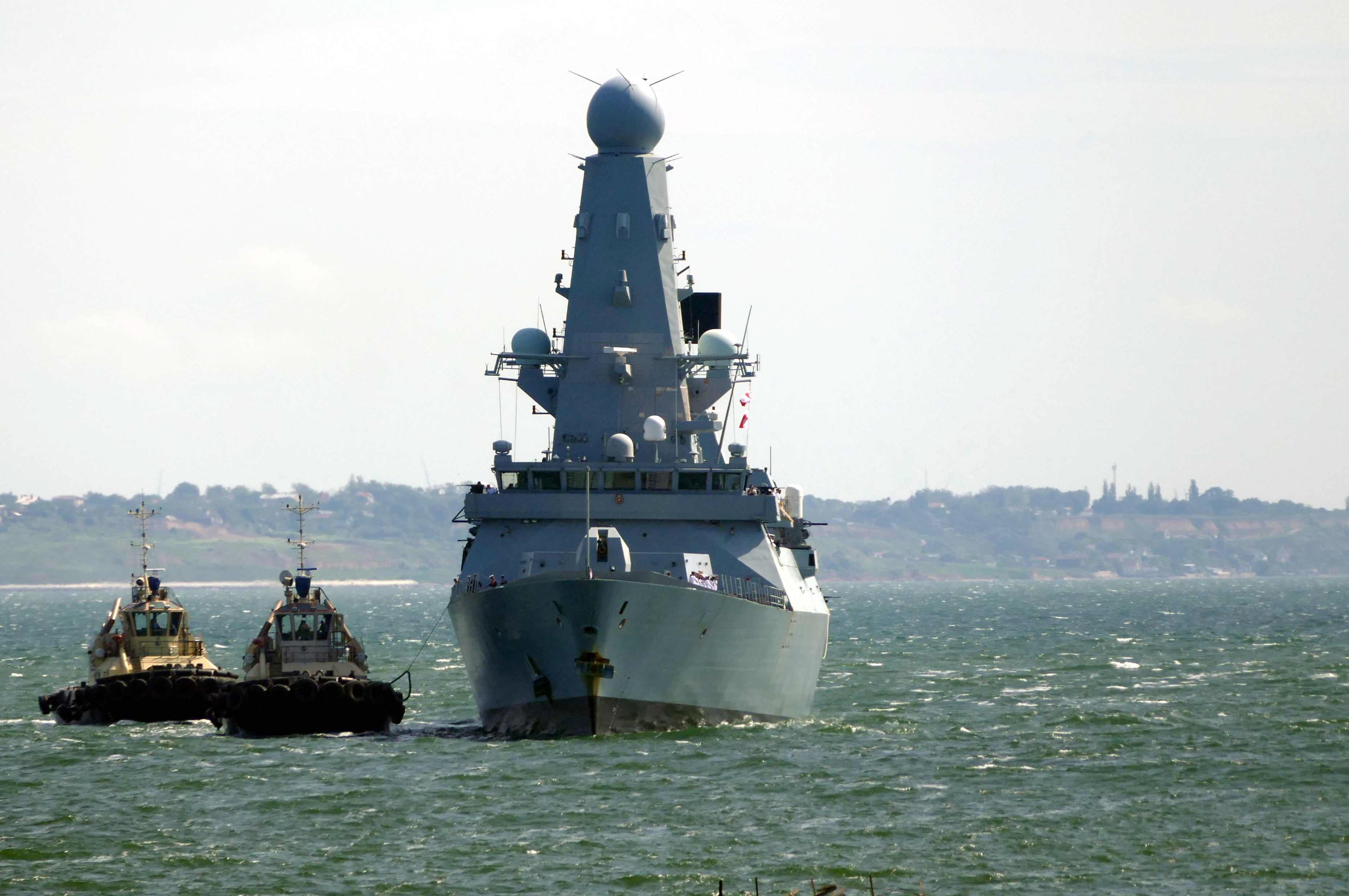 Russian military ships have fired warning shots at the British Royal Navy destroyer on Wednesday HMS Defender when he was sailing through the Black Sea, as reported by Defense Minister Sergey Shoigu in statements to the Russian state agency Interfax. The government of Vladimir Putin has accused the British ship of having entered its territorial waters. If confirmed, it would be one of the most serious incidents between NATO forces and Moscow since the end of the Cold War. The Moscow version, however, absolutely contradicts that of London. Through its official Twitter account, the United Kingdom’s Ministry of Defense has assured that “no warning shots have been fired” at its destroyer, which was carrying out an innocent passage through the territorial waters of Ukraine, according to with international laws. By “innocent passage” is understood the maritime convention agreed by the UN according to which ships have the right to cross the territorial waters of another nation if it is the shortest route between two ports, it is done quickly and without altering the peace.

The Russian Defense Ministry, always according to the aforementioned agency, assures that it did not receive a response from the HMS Defender when he warned him that he was two nautical miles within his demarcation. Subsequently, a Su24-M fighter jet dropped four explosive fragmentation bombs near the ship as a second warning. The agency has assured that the British ship turned its course and there were no injuries during the incident. Moscow has called for consultations with the British military attaché at the UK embassy in that country.

Downing Street has officially singled out the Russian Government, in its recent Comprehensive Defense and Foreign Policy Strategy, as one of the main threats facing the UK, and the tension between the two countries has continued to rise over the last three years. Especially after the assassination attempt on the Russian double agent, Sergei Skripal and his daughter, Yulia, in March 2018 in the British town of Salisbury. Theresa May’s government directly accused Vladimir Putin’s administration of being behind the poisoning with the nerve agent novichok.

The tension between Moscow and the NATO countries escalated last April when Putin decided to deploy some 10,000 soldiers near the border with Ukraine. It was a response, the Kremlin explained, to the military maneuvers carried out by the Atlantic Alliance, Defender Europe 2021, throughout the entire European continent, including Estonia, bordering Russia.

HMS Defender was parked earlier this week in the port of Odessa, southern Ukraine. This country has agreed with the United Kingdom the joint construction of several warships, as well as two shared naval military bases. Russia unilaterally annexed the Crimean peninsula, on Ukrainian territory, in 2014. Most Western countries condemned this annexation and continue to consider the peninsula part of Ukraine.