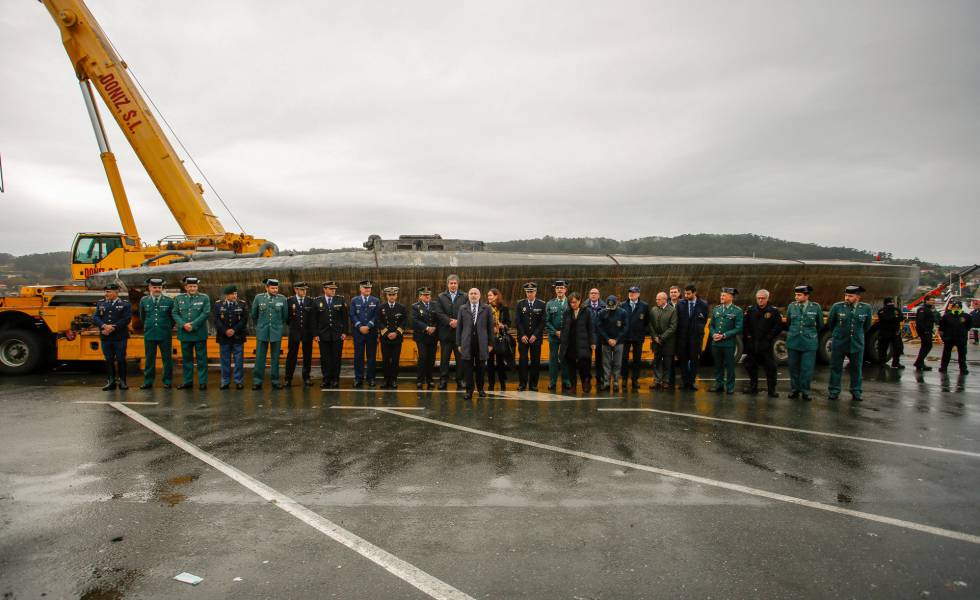 In November 2019, the National Police arrested several men on the Galician coast after intercepting the first narco-submarine to appear (or at least registered) in Europe. It was transporting more than 3,000 kilos of cocaine from Colombia. It was thus confirmed as real what until then seemed a legend. Two of the three crew members, of Ecuadorian origin, were imprisoned, and the third, a Galician, managed to escape. But not for long. Was located in an uninhabited house in the mountains of O Hío. In total: seven people captured for being connected to the case, some of them from other cities in Spain. Although it is a common practice in the Caribbean, until then it was suspected that, as impossible as it may seem, it also occurred from one side of the Atlantic to the other.

When director Daniel Calparsoro (Asphalt, One hundred years of forgiveness) read about the case in the press, he was hooked. “The almost suicidal feat that involves traveling that distance in a homemade boat with so many kilos of cocaine in it and so little space reminded me of a dark reverse of the ‘Kon-tiki’ expedition,” he says in a telematic conversation , in reference to the raft that the Norwegian explorer Thor Heyerdahl used in 1947 to cross the Pacific Ocean. Of both situations he is intrigued by “why the human being can put himself in such a situation to the limit”. In the case of the Galician submersible, the series will be inspired Operation Oil Spill, which prepares Amazon Prime Video under his direction. The four episodes of 50 minutes each will begin shooting imminently for two and a half months, which will be the first co-production between Spain and Portugal for the service of streaming. It will be a collaboration between Ficción Producciones together with FORTA, led by TVG, and the Portuguese RTP.

Precisely because he is “a director who knows how to tackle action scenes and who is also sensitive to the personal stories of the characters,” those responsible for the project thought of him, says Mamen Quintas (Ficción Producciones), one of its executive producers. “It is a totally different drug trafficking from what has been seen so far on television. The journey suffered by these three individuals, locked in an underwater boat on a trip from Latin America to Spain, is a sweet thing ”, says the producer about a story that Oskar Santos will also direct some chapters (The evil of others in cinema and Live without permission in TV). The script is written by Patxi Amezcua and Natxo López.

Because, in addition to transmitting the emotion of an adventure of such magnitude, Operation Oil Spill will fix your gaze on “that global pandemic that drug trafficking has become and that contributes to our living in a world that is sick. This submarine in Galicia is just the tip of that whole iceberg. A stash of more than 3,000 kilos cannot be an isolated case, ”says Calparsoro. The story will be structured largely through a character inspired by one of the detainees, Agustín A. M, who was 29 years old when he was involved in this plot and who, like his two companions on the journey, was not a Until then, a great drug lord did not even have a criminal record. In fiction, his name is Nando, a young Galician boxing champion from Spain amateur and an expert sailor without financial resources, who is forced to seek other means to earn a living.

Although it is a fiction, the series will be accompanied by documentary pieces that narrate everything that could not be published at the time, thanks to the collaboration of the Civil Guard and journalists who were investigating the arrival of narco-submarines to the Spanish coast from before of these arrests in Galicia, explains the producer of the project. “The police investigation and the personal account behind the story we read in the newspapers is going to impact the viewer,” says Quintas.

Calparsoro already made the leap from cinema to television at the end of the 2000s to shoot several miniseries for generalist networks such as The penalty Y The will go, long before digital platforms appeared. “Although there are now more technical means than then, we must also satisfy an audience that has a much broader series culture and, therefore, greater demand but also more patience. It has also given a break to the narrative, which no longer has to be so direct telling stories, “he concludes.