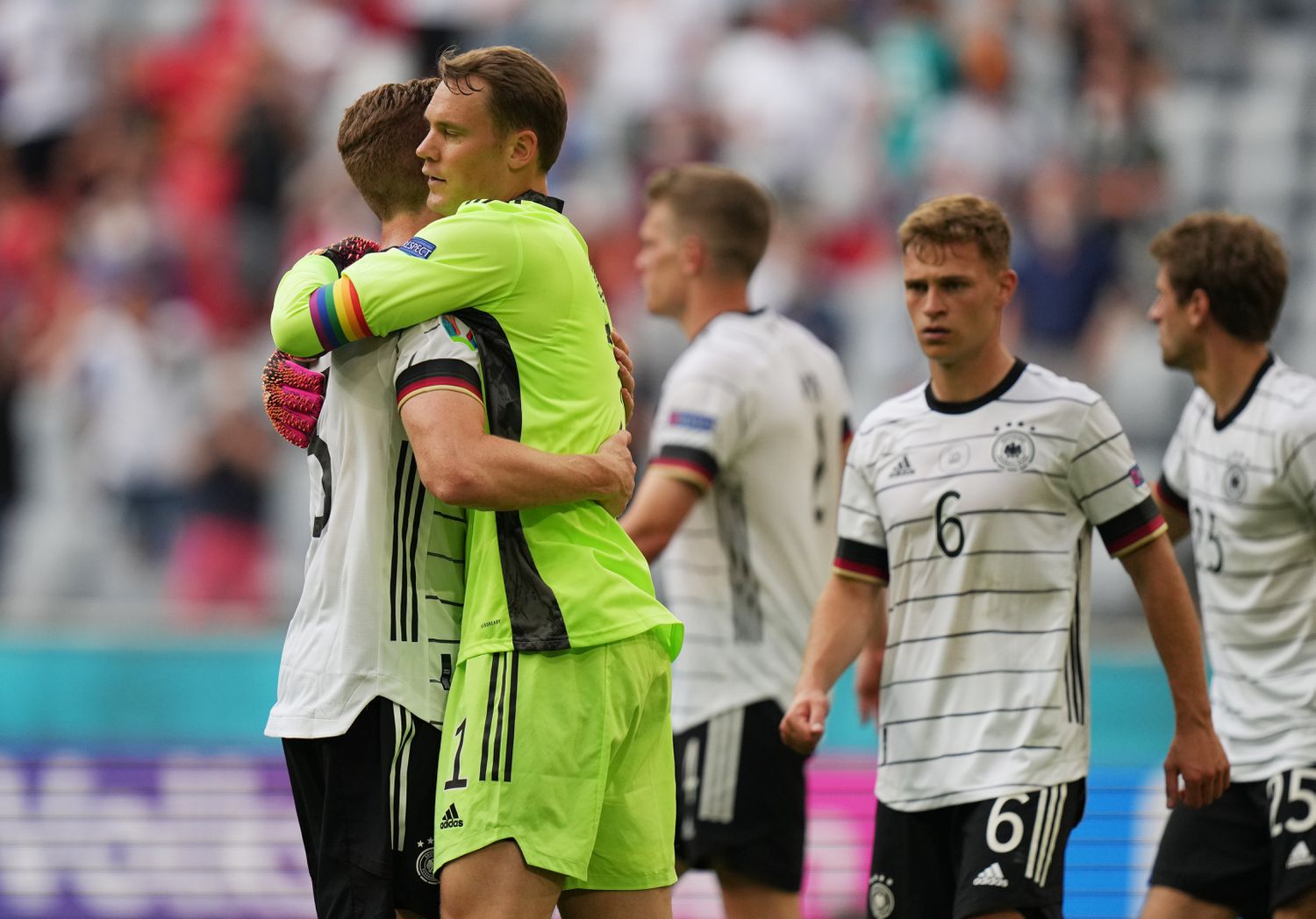 The Allianz Arena stadium in Munich that hosts the Eurocup match between Germany and Hungary this Wednesday was going to be illuminated with the colors of the rainbow, but UEFA has not allowed it, because it considers it to be a political message against the visiting country. Hungary has just passed a law that prohibits any content directed at minors that can be understood as a defense of homosexuality, whether in schools or on television. However, the rector of European football has closed the file against the goalkeeper and captain of the German team, Manuel Neuer, who can wear, as it has done in previous matches, a bracelet with the same symbol of the LGTBI movement, that is, of respect for different sexual orientations and identities. An unprecedented flag in men’s football, in which one still shouts “fag” to the players with the best hairstyles, and where some coming out of the closet is still expected among front-row figures. In a display of incoherence, UEFA considers that the bracelet does, because it celebrates diversity, but the lighting does not, because that is political.

The Hungarian nationalist right makes every effort to declare homosexuals, bisexuals and transsexuals plagued. The new regulations justify the repression of this minority in the prevention of pedophilia, an offense that outrages a very marginalized group in Eastern Europe. In Poland there are around a hundred municipalities and regions that declare themselves “zones free of LGTB ideology”. The European Union has taken action on the matter, without the due forcefulness, and is preparing a reform to condition the mana of the recovery funds to respect the rule of law and judicial independence, which is said pointing to Budapest and Warsaw but not it will be so easy to apply. Homophobic anger was already hitting Russia, which has had harsh laws against “homosexual propaganda” since 2013.

The reaction is facing a revolution. The West has recently witnessed a historic wave of advances in the LGTBI movement. Of course, discrimination and homophobic attacks continue to exist, but the achievements have been remarkable. More than half a century ago from Stonewall, the riots over the police raid on a New York gay bar. Almost more relevant was what happened on the first anniversary of that revolt: the marches in New York, Los Angeles and San Francisco opened a path without turning back that continues to this day with Pride. Since then, nothing has been easy: the eighties were years of stigmatization by AIDS, but the plague also served to raise awareness in society. And it was not until the 21st century when rights such as marriage, adoption or sex change were recognized in much of Europe and America. A palpable consequence is that the new generations are characterized by an acceptance of sexual differences that seems irreversible. As is the new look at the different ways of living the affective in the Anglo-Saxon cultural industry, the hegemonic one.

As the populist right is a global reaction to all progressive causes, the new reactionaries target feminism, migrants and LGTBIs. They use against them the same weapons used in anti-Semitism: conspiracy theories, presenting them as a powerful lobby, associate them with the corruption of minors, point out hidden plots to destroy the traditional family.

The reaction will not win, but there is always the fear of taking steps backwards: it is disturbing that the Madrid government of Isabel Díaz Ayuso agrees to review the LGTBI law under pressure from Vox. The conquests achieved are neither definitive nor armored. That some football stars stand up to homophobia – some as brave as Hungary goalkeeper Péter Gulácsi – is relevant and leaves UEFA in a bad light. The big question is whether Europe, knowing where hate speech leads, is going to allow a group like the new Jews to be targeted.