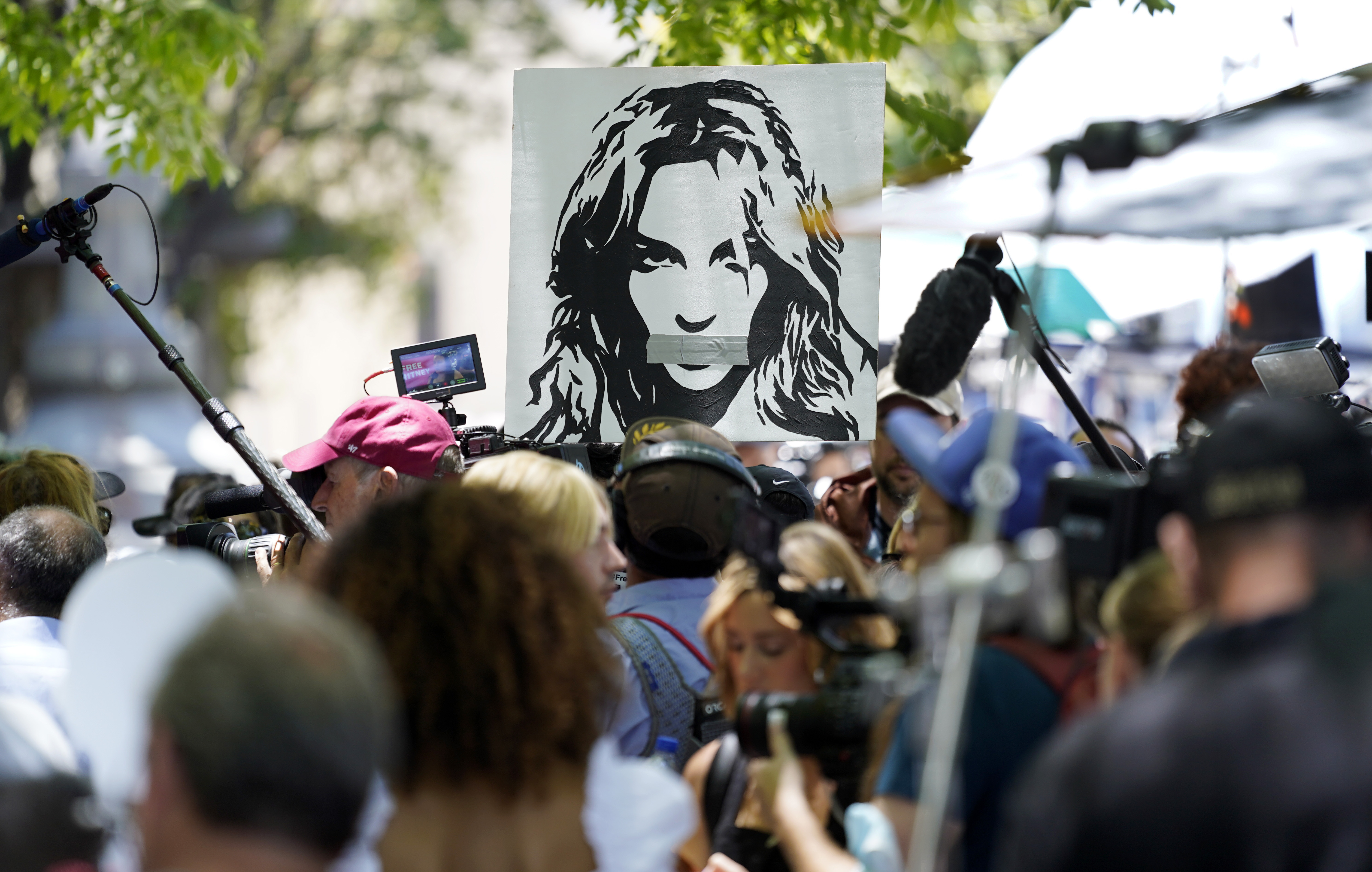 Britney Spears wants to have the reins of her life again. The pop star appeared this Wednesday in front of Judge Brenda Penny to request an end to her guardianship. She did it in an unpublished hearing that she has requested herself. “I am not happy. I can not sleep. I’m angry and depressed, ”the star has said dramatically in a passionate testimony given through Zoom. Since 2008, her father, Jamie Spears, along with a trust, have supervised by court decision from the finances and even the tiniest details of the singer’s life since she suffered a nervous breakdown before everyone’s eyes. The artist, who has not sung since the end of 2018, raises her voice with her testimony and a true tone of exhaustion. “My dad and everyone involved in this custody, including my manager, … should be in prison,” Spears said with annoyance, who has threatened to sue his family for what they have done to him.

Spears’ attorney, Samuel Ingham, has said his client’s testimony was not edited, leaked or controlled. What the court heard for 20 minutes was Britney in her purest form, a woman who was at the top of the music industry and who was silenced. Today she is very angry. This Wednesday she said that she was ready to share her story with the world. “Before, I thought nobody was going to believe me. I thought people would make fun of me. But now I want my life back. It was enough, “said the artist, whom the judge asked at one point to speak more slowly so that the person in charge of the judicial transcription could write everything.

The last time Spears appeared in her case was in May 2019, when she told the court, behind closed doors, that she found the guardianship agreement too harsh. Because of this, her father had forced her to enter a mental health center as punishment after having protested in a rehearsal and even forced her to give a concert against her will when she was ill with a fever. “They force me to go to a psychiatrist three times a week,” he said this Wednesday. The singer has stated in court that she wants to reduce her time with the psychologist to one session per week since she “does not believe in therapy.” “I have always thought that I can take my problems to God,” added the star.

“Custody didn’t make any sense from the start. I pay people to control me. I have worked since I was 17 years old and this custody is an abuse, ”Spears said at another time. Some legal documents show that the singer was already uncomfortable with the arrangement for years. In 2014, he had asked his lawyer to remove his father as a guardian because he was drinking too much, as revealed The New York Times, which explains that the control he exercised was absolute. He decided from the people he could meet and with whom he could meet. In this hearing, Spears has given more intimate details. “I want to get married and have a baby,” she said. “But I have an IUD so I don’t get pregnant,” implying that his legal custody doesn’t want me to have any more children. The star’s partner, actor Sam Asghari, posted on Instagram a photo of him posing in a T-shirt that read Free Britney. Jamie Spears and representatives of the trust have on other occasions accused Asghari of turning the artist against him.

Mr. Spears has responded laconically to his daughter’s dramatic testimony. The lawyer representing him has stated that the man regrets seeing her “suffering and in so much pain.” The father-daughter relationship has had many ups and downs over a decades-long history. But the year that marked a turning point was 2019. In January of that time, Britney surprised the world by announcing the cancellation of Domination, the concert series he offered in Las Vegas. The reason? His father’s health. An ailment in the colon had him 28 days in the hospital and on the verge of death since the end of 2018. “We have a very special relationship and I want to spend this time with my family as well as it has always been with me,” Britney wrote in the social media.

The Las Vegas presentations represented since 2013 the main source of income for the artist, who has not published an album since 2016. This Wednesday, the artist has said that she was “forced” to perform concert residency in Nevada City under the threat that if he did not he would face a lawsuit. The series of recitals cost him a lot of work due to the intense days of work in which he took charge of his choreographies. As punishment for her resistance, her doctor took away the medications she had been taking for five years and replaced them with lithium. “It is a very, very strong medicine compared to what I was taking. It can cause you mental damage if you take too much or extend it for more than five months. He prescribed it and I felt drunk. I couldn’t even have a conversation with my mom or dad, ”he confessed.

The pause grew longer. First for weeks and then for months. Last february The New York Times He offered with a documentary some keys to the storm that touched the nucleus of the family. Framing Britney Spears (Framing Britney Spears) used the testimony of people close to the artist to question the custody that has been in force for a decade. The decision, a resource that is generally used for people with mental illness or elderly who can no longer take care of themselves, was decreed at a time of great stress for the artist. Some of those interviewed by journalist Liz Day claimed that the decision was unnecessary for a 39-year-old woman who has a very different life from 13 years ago.

In 2020, attorney Ingham told the judge that Spears was afraid of her father; in fact, the artist even threatened to leave her career if her father continued to guard her. Jamie Spears, 68, who charges $ 16,000 a month for being the legal guardian, has become, thanks to this legal figure, an “obsessive” power over the life of his daughter. He came to approve of his friendships and limited his spending to $ 2,000 a week, despite the fact that the fortune of the Baby One More Time it is almost 60 million dollars. Legal custody also periodically tested her for drugs and kept her under surveillance with a security team. In March 2021, Spears demanded through her lawyer that Jamie Spears cease to have legal custody and that this pass into the hands of Jodi Montgomery, an administrator who sometimes, due to her father’s health problems, has managed his guardianship at the full. At the moment, Montgomery is the one who has control over the artist’s personal decisions, while her father has control over her properties.

Last November, Lynne Spears, Britney’s mother, who divorced Jamie in 2002, described the relationship between father and daughter in court as “toxic”. The woman joined those who ask to eliminate the father’s figure of legal guardian, something that the judge rejected while waiting for the singer’s lawyer to present a final motion that ends the custody and gives joy to all the supporters of the movement #FreeBritney.