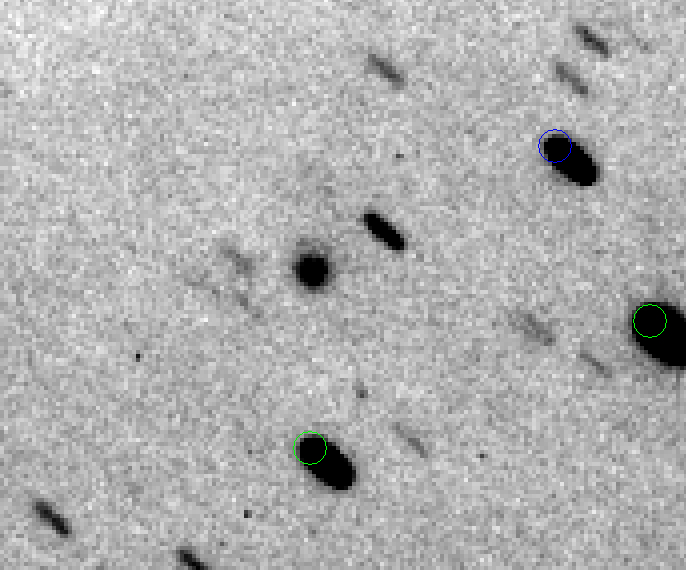 A team of astronomers has discovered a gigantic comet soaring through the Solar System. The object, named 2014 UN271, has between 100 and 300 kilometers in length, according to one of its discoverers, the Brazilian Pedro Bernardinelli, from the University of Pennsylvania (USA). The size is so extraordinary that experts initially doubted whether it was a tiny planet – Pluto has about 2,370 kilometers in diameter – or a huge kite. This Tuesday, the Bulgarian astrophysicist Rosita Kokotanekova, from the European Southern Observatory, has confirmed that it is a huge comet.

The object was identified June 19 based on data taken between 2014 and 2018 by the Cerro Tololo Inter-American Observatory, in Chile. The comet is currently about 20 times the average distance between the Earth and the Sun, but it is estimated that in January 2031 that separation will be reduced by half. If its size is confirmed, it is the largest comet observed in the Solar System in modern times, since there are scientific records, according to the researcher. Luisa lara, of the Institute of Astrophysics of Andalusia (CSIC). The famous comet Hale-Bopp, which became a sight to the naked eye in 1997, had a diameter of about 60 kilometers. Comet Halley, observed in 1986, had about 10 kilometers.

“Nobody expects to see a tremendous ball in the sky during the day,” explains astrophysicist Luisa Lara

The closest point in the orbit of 2014 UN271 will be at the height of Saturn in the year 2031, underlines Lara. “Nobody expects to see a tremendous ball in the sky during the day,” warns the astrophysicist. The comet comes from the oort cloud, a swarm of billions of icy objects that surrounds the Solar System like a shell. Comets are balls of ice and rock, remnants of the origin of our planetary system, about 4.6 billion years ago.

The new object has been detected thanks to the Dark Energy Mapping, a project of 400 scientists in seven countries to locate hundreds of millions of galaxies. The search for the comet required about 20 million hours computer data processing, according to Bernardinelli.

Italian astronomer Luca Buzzi also confirmed this Tuesday, thanks to observations with the SkyGems telescope in Namibia, that the 2014 UN271 object has “A clear cometary activity”, including a coma, the characteristic cloud of dust and gas that surrounds a comet’s nucleus.

The European Space Agency launched in 2019 the Comet Interceptor mission, which will be launched in 2028 to study a comet yet to be determined. The spaceship will be parked in space waiting for a suitable target. Astrophysicist Luisa Lara, who coordinates the Spanish participation, rules out that the European mission could be directed to 2014 UN271, too far away.

The researcher recalls that the technology to detect celestial objects has taken a leap in quality, allowing in a short time milestones such as the observation of Oumuamua, a 200-meter-long interstellar asteroid, and 2I / Borisov, a comet arrived from another star system. . “Now nothing escapes us. I am convinced that we will see more in a few months. It is simply a matter of looking and they will be ”, sentence.