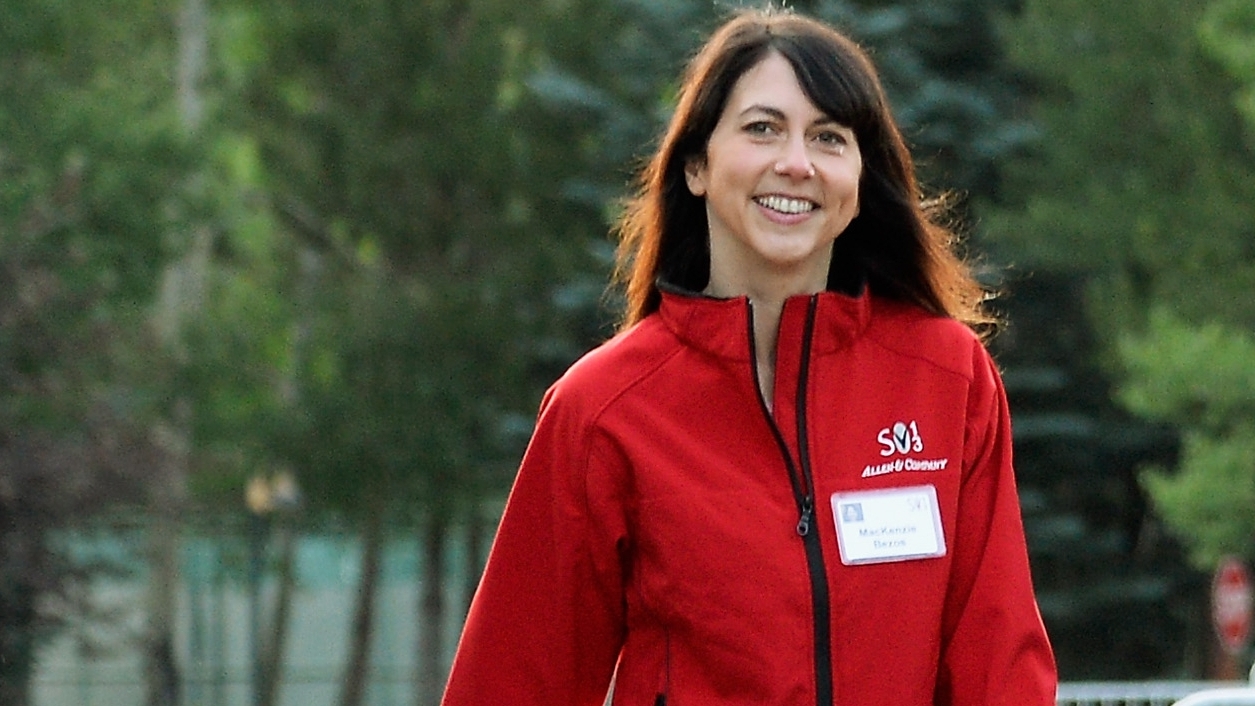 It all began with a mysterious email. Tania Turner, the executive director of Seed Background, opened the message from a consultant who said someone was interested in making a significant donation to her women’s rights group in Mexico. She read attentively, and was told that the selection process was to be kept strictly secret. That email was followed by an interview lasting more than two hours, and a thorough review of documents, reports and financial statements from her association, which was founded 30 years ago. The process lasted several months, during which the identity of the donor was kept confidential at all times. Her name? MacKenzie Scott, the ex-wife of Amazon founder Jeff Bezos.

“The whole thing was so enigmatic,” Turner told EL PAÍS by phone, when she was finally free to speak about the donation. Scott announced last Tuesday in a Medium post that she had donated $2.7 billion (nearly €2.3 billion) to 286 organizations that are “empowering voices the world needs to hear” and which have previously suffered a lack of funding. Among those selected alongside Turner’s organization are philanthropic institutions dedicated to the arts, education, equality, eliminating poverty and social justice. They include a Mexican-American art museum in Texas, a Hispanic dance company in New York, a South African development organization, a group fighting to end discrimination against Muslims, the famous Apollo Theater in Harlem, universities in California, Texas and New Hampshire, charities in Puerto Rico and India, and many more.

It was a donation made with flexibility and without restrictions. They have given us absolute confidence

“These are people who have spent years successfully advancing humanitarian aims, often without knowing whether there will be any money in their bank accounts in two months,” Scott explained in her post, adding that the donations were “relatively large.” Reminding her readers that the non-profit sector employs 10% of the US workforce and draws on the efforts of 63 million volunteers, she emphasized that she wanted to “cede focus to others” – rather than draw more attention to her own wealth.

Scott’s announcement was the third such round of funding for non-profits she has made since 2019, when she became one of the world’s richest people thanks to her divorce from Bezos. The split netted her 4% of Amazon’s stock, at a time when a share in the tech giant trades for $3,000 (€2,500). Fortune magazine estimates that the 51-year-old writer’s wealth is around $60 billion (around €50 billion), placing her among the 20 richest people on the planet. Scott, who has since married a Seattle science teacher, has only seen her wealth increase during the coronavirus pandemic due to Amazon’s record profits.

Neither Scott nor Turner have disclosed the amount donated to Fondo Semillas, which has not yet reached the organization. Turner did, however, say it was a “significant” amount that would allow the group to keep going for at least 10 more years if they invested it well. “It was a donation made with flexibility and without restrictions. They have given us absolute confidence,” she added. Turner believes that Scott’s choice is also an endorsement of the work the group has been doing for the feminist movement for the past three decades. Allied organizations such as Rise Up and Women’s Funding Network have also benefited from this round of funding.

Unfortunately, quite a few organizations thought the initial outreach email might be a scam, given the amount of information the sender required in return for the donation. “Mrs Scott’s name had to remain confidential until she decided to go public,” said Turner, who learned just a month ago who was behind it all.

After her divorce from Bezos, Scott promised to give away much of her money during her lifetime by joining The Giving Pledge, which was created by billionaires Bill and Melinda Gates and Warren Buffett. Throughout the pandemic, Scott donated more than $4 billion (close to €3.4 billion) to food banks and organizations focused on racial justice, climate change and LGTBQ rights. In three rounds of donations, she has given away $8 billion (around €6.7 billion) so far. “Generosity is generative. Sharing makes more,” she wrote in her Medium post.

In Greece, holidaymakers are back…

In Madrid, NATO must focus…