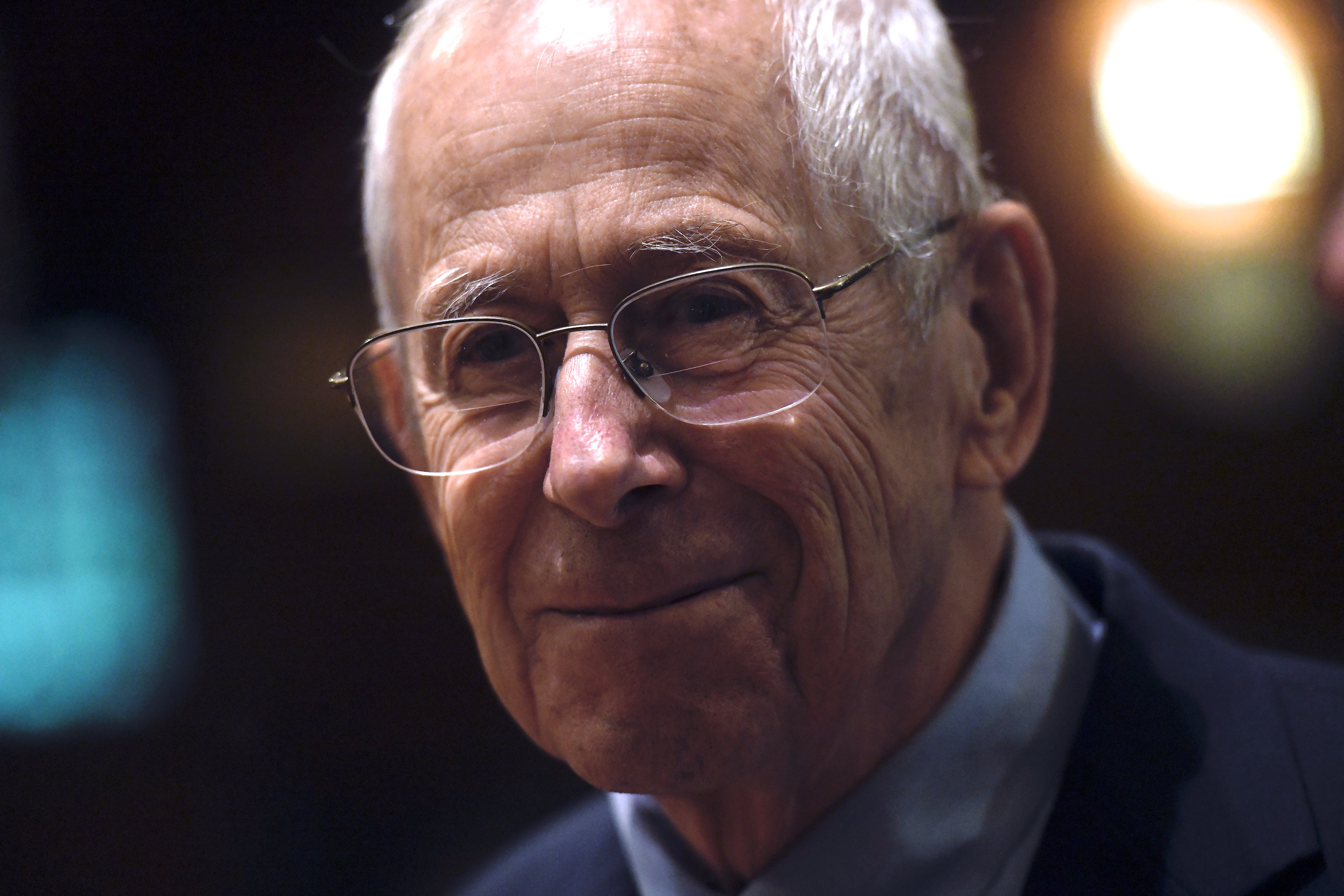 James Peebles deplores seeing people walking down the street staring at their cell phones. “Why don’t they admire the world around us?” He says in a parenthesis during our interview on Zoom in April 2021. The occasion is the next publication in Spanish of his book The century of cosmology within the Citizen’s Scientific Library (bcc) collection directed by Omar López Cruz and Lamán Carranza under the seal of Grano de Sal. The bcc is published under the auspices of the Government of Hidalgo.

Peebles is the “father of physical cosmology”, a discipline that is indirectly related to the existence of these infernal devices. “At the end of the 1950s and during the 1960s, engineers at Bell Telephone Laboratories were investigating microwave communication modes, that is, radiation of wavelengths between centimeters and tens of centimeters,” says Peebles as he explains to me how fell into cosmology. “That research gave us cell phones, for better or for worse.” But it is the least. We are not talking about telecommunications, but about one of the most famous accidental discoveries in the history of science.

“As early as 1959, Bell Telephone engineers were realizing that their microwave antennas detected more noise than could be explained by counting all possible sources,” says Peebles. After much struggle to eliminate that noise, the engineers threw in the towel. For several years this was the “dirty little secret of the Bell Telephone”, until in 1964 “two young people from the radio astronomy department decided to locate the source of that radiation.” Arno Penzias and Robert Wilson tried everything from checking the circuits and wiring of the cornucopia antenna to covering the rivet heads with insulating material and removing all the pigeon droppings from the horn, but nothing: they still obtaining a noise that they characterized as thermal radiation at two degrees Kelvin (or two degrees above absolute zero; today we would simply say “two Kelvin”). Penzias and Wilson “deserve credit for not giving up, but mostly for expressing their concerns until someone heard them.” That person suggested they talk to Bob Dicke from neighboring Princeton University.

James Peebles regards Dicke as his mentor. “I came to Princeton University in 1958. Before long my attention turned to one of the professors, Robert Henry Dicke — Bob, as everyone called him — who was interested in gravitational physics. He did the kinds of things I like; specifically, sitting down to consider ideas looking for evidence for or against, exploring the consequences, testing and perhaps expanding the idea. ” Dicke suggested to Peebles that he pursue cosmology. “It’s amazing,” says Peebles. That is what I have dedicated myself to throughout my career. “

Dicke, Peebles, and the other two team members, Peter Roll and David Wilkinson, were setting up an experiment to test one of the first’s ideas. If the universe began in a much denser and hotter state, as the fact that it is expanding suggests, the thermal radiation produced by the high temperatures of that time should still be present, since it would have nowhere to go (no way exit the universe). Roll and Wilkinson had the task of building an instrument invented by Dicke to measure that radiation, while Peebles took care of the theoretical part. (Unbeknownst to Dicke and Peebles, thermal radiation had already been predicted in the 1930s by the Russian physicist George Gamow.) This “fossil” radiation from the origin of the universe would have to come from all directions and possess the characteristics of radiation emitted by a object at a temperature of five kelvin.

That’s what the team was in when they got the call from Arno Penzias. “It would be around January 1965, I don’t remember the exact date,” says Peebles doubtfully. “The result of Arno’s call to Bob was a visit to Bell Labs.” Peebles was not present. Upon his return, Dicke told him, “I think they found something.” Penzias and Wilson had accidentally stumbled upon the radiation Dicke and his associates were looking for. The result was two articles published in the same issue of the Astrophysical Journal Letters in 1965. It was the announcement of the discovery of the “cosmic radiation background”, as this echo of the origin of the universe is known today.

“Many times they have asked me, ‘Weren’t you mortified that they got ahead of you?’ The answer, for my part, is very clear. I think also from David … and I think from Bob Dicke as well. The search for this radiation from the early stages of the universe was highly speculative. Nothing guaranteed that the detector Roll and Wilkinson built would detect something. It was a gamble, I fully admit it. I would say to myself, ‘I’ll spend a year or so exploring the implications of this experiment, whether it comes out or not, and then I’ll do something more robust.’ You will understand that, under these circumstances, our reaction was one of enthusiasm, not mortification. This was evidence of something new. It could be radiation from the early stages of the universe, or it could be something very different. But it was new, and therefore it was something that Roll and Wilkinson could observe and I could analyze, that is, it was a reason to get excited. “

The existence of background radiation only consolidated in the following years and with it the model of the big bang of the origin of the universe.

In 1978, the Royal Swedish Academy of Sciences awarded the Nobel Prize in Physics to Penzias and Wilson. Many people think that they should have at least recognized Robert Dicke as well. Forty-one years later, at his own Nobel Prize reception banquet, Peebles said soothingly that the decision had been correct. I ask him if he meant it to be nice to his hosts: “Well, I’m sure the Nobel people knew about my irritation with them for not recognizing Bob Dicke. I never shut up […] The award went to Penzias and Wilson… and to Kapitza! Kapitza, great pioneer of condensed matter physics. A well-deserved award, but what did condensed matter physics have to do with cosmology? It was a very artificial mix of disciplines. The obvious, obvious combination was Penzias, Wilson and Dicke. But I’ll tell you an anecdote. I got the call from the Nobel Prize winner at a very comfortable time for Stockholm: 5 in the morning in New Jersey. So I pick up the phone. It all starts with a lot of formality. ‘Are you Professor Philip James Edward Peebles?’ ‘If i answer. ‘We have decided by vote to award him the Nobel Prize in Physics. You accept?’ At this point I might have been tempted to say, ‘Yes, but let’s discuss the Bob Dicke omission first,’ but I held back. I humbly said: ‘I accept’, and from then on the conversation became much more friendly. “

Today James Peebles considers that his Nobel Prize was also a late recognition to Bob Dicke. “And also a recognition to my university, Princeton, who never questioned my dedicating all my time to research that will never be profitable. It is a testament to the value we place on pure inquiry, driven solely by curiosity about the world around us. “

I ask you if a country can build a strong scientific community if it excludes all research that has no practical applications. “You will understand that my answer is interested,” he says with a giggle. Then in response to the question: “Of course not. In the short term, you can. If you decide to exclude all research driven by pure curiosity and focus on practical applications, you will take great steps, but you will lag behind other countries that did invest in research driven by curiosity like the one that gave us the stupid cell phone and so many others. things. When I was in Stockholm, the Nobel Prize in Chemistry was awarded to the discovery of an engineering project: lithium-ion batteries, which have revolutionized our lives, but that discovery comes from sheer curiosity “, adding:” chemists make wonderful things, and they also do pure research that can pay off. “

Peebles tells another personal anecdote to emphasize the point under discussion. “The example of the rector of Princeton University seems remarkable to me. One day he invited my wife and me to a dinner with the council members. I thanked the university for supporting pure research. After all, what I do is not profitable. And the rector said to me: ‘Consider that Albert Einstein wrote an article with Rosen and Podolsky in the 1930s about entangled systems in quantum mechanics. That theory is used today to develop quantum computers that could solve problems impossible to face with normal computers. ‘ I don’t think my theories of the expansion of the universe are going to turn into anything that useful, but the general idea is that there are so many people doing pure research in so many different directions that some unexpectedly come up with something lucrative. “

Sergio de Régules is the scientific coordinator of the magazine How do you see? Of the UNAM, and the author of popular works such as Bloody Sky. Meteorite impacts, from Chicxulub to Chelyabinsk (FCE, 2016)