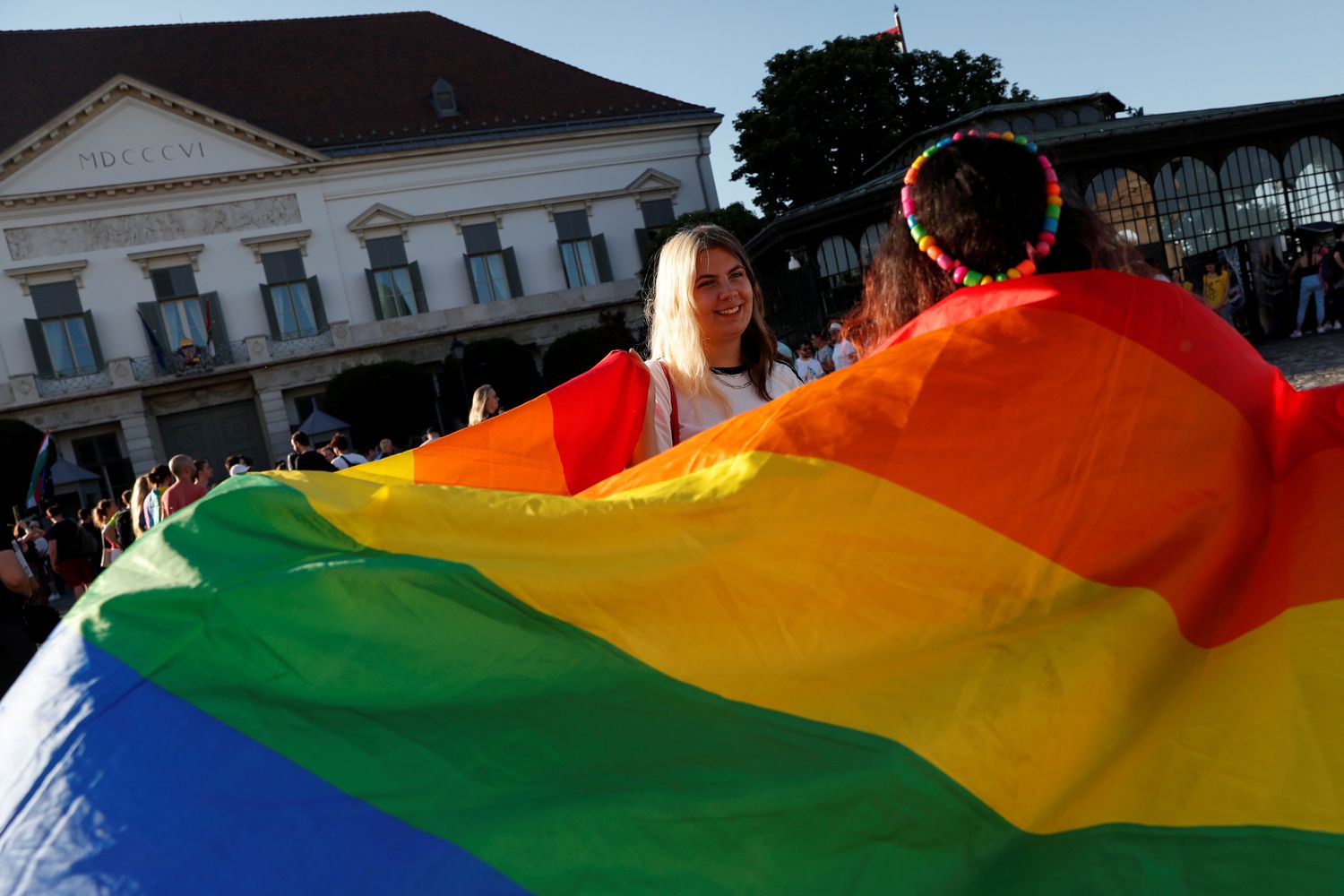 The measures recently approved by Hungary to prohibit any reference to homosexuality in schools have provoked exacerbated criticism from several EU partners on Tuesday during a meeting of the Council of Ministers for General Affairs. The meeting, held in Luxembourg, has visualized the growing isolation of the government of Viktor Orbán, whose party has already had to leave the European People’s Party (EPP) and now faces possible disciplinary actions by a European Commission spurred by Germany, France, Belgium, Holland and Luxembourg, among other partners of the Union.

The Benelux countries (Belgium, the Netherlands and Luxembourg) have promoted a declaration against the Hungarian norm, a coordinated movement against a partner whose precedents are not remembered since the enlargement of the EU in 2004 and which has been supported by no less than by 13 states in total, including Germany, France and Spain, although with the absence of Mario Draghi’s Italy.

“Stigmatizing LGTIBQ people constitutes a clear violation of the fundamental right to dignity,” says a statement calling on the Commission to use all available measures to curb Hungarian law, including filing a complaint with the European Court of Justice . The Belgian Minister of Foreign Affairs, Sophie Wilmes, one of the promoters of the text, has celebrated the success of her initiative: “We are determined to protect European values ​​and the rights of EVERYONE!” of admiration and capital letters included.

“It is important that we all understand that the colors of the rainbow unite our diversity,” said Ana Paula Zacarias, Secretary of State for European Affairs of Portugal, the country that presides over the Council this first half of the year, moments before the meeting. The diplomatic words of the presidency in allusion to the flag that symbolizes the LGTB movement opened the way to a series of unusually harsh volleys against the Orbán government.

Sigrid Kaag, Dutch Minister of Foreign Affairs, has pointed out that “this legislation [húngara] it is unworthy of Europe and our values. We ask Hungary to repeal the law ”. Even more blunt was the Luxembourg Foreign Minister, Jens Asselborn, who stated that “this law does not respond at all to European values. People have the right to live as they wish, we are not in the Middle Ages ”.

Hungarian Foreign Minister Peter Szijjarto has rejected the criticism and attributed it to an international campaign to distort and spread hoaxes about his country. “This law is not against any community in Hungary, it is only against pedophiles,” Szijjarto pointed out upon his arrival in Luxembourg. “Until the age of 18, parents have to have exclusive competence over education regarding sexual orientation, it cannot be that children return home with propaganda about their sexual orientation,” insisted the Hungarian minister shortly before the clash with much of their EU counterparts.

The charge against Orbán took place during a Council that precisely had to analyze the situation of the rule of law and respect for the fundamental values ​​of the Union in that country and in Poland. The hearing is part of the open process against Budapest and Warsaw on the basis of Article 7 of the Union Treaty, which allows members who violate EU values ​​to suspend their vote in the Council.

The two files have been stalled for months due to the lack of a sufficient majority to move them forward. The Hungarian and Polish governments have the support of other countries that fear being involved in a similar procedure. And, in any case, they have a veto in one of the decisive steps in the process to save each other. “The situation is not going well either in Poland or in Hungary,” warned the vice president of the European Commission, Vera Jourova, shortly before the Council meeting.

The consummation of article 7 still seems impossible. But amendments passed last week by the Hungarian Parliament to prevent what Budapest calls homosexual indoctrination of minors has bolstered supporters of stopping Orbán.

Significantly, the statement calling for action against Budapest has been signed by Estonia, Latvia and Lithuania, three countries that, like Hungary, joined the club during the great enlargement into central and eastern Europe. And while the Polish delegation participated this Tuesday in various meetings parallel to the Council, including with Vice President Jourova, the Hungarian has broken almost all the bridges with Brussels and is entrenched in a Numantine position.

“Another day, another General Affairs Council in Luxembourg. We will not give in to blackmail, but rather we will defend the honor of our country, ”the Hungarian Justice Minister Judit Varga proclaimed shortly before the meeting on social media.

The minister added that the legal changes introduced, approved in the Hungarian Parliament by 157 votes in favor and one against, only seek to prevent children “from accessing content that contradicts the principles with which their parents want to educate them.” Varga emphasizes that the law does not affect the sexual life of those over 18 years of age nor does it restrict the information to which they may be exposed. “We do not want to interfere in the lifestyle of adults,” emphasizes the minister.

The explanations of Budapest do not convince a good part of the members of the Council, as shown by the declaration signed by Belgium, Denmark, Estonia, Finland, France, Germany, Ireland, Lithuania, Luxembourg, the Netherlands, Spain, Sweden and Latvia. And they do not convince many MEPs of the European Parliament either, who see in the regulations another step in the authoritarian and homophobic drift of a government that seems to be moving away from the standards in force in the EU and closer to those that prevail in the Russia of Vladimir Putin.

In Parliament, 61 MEPs from five groups (popular, socialist, liberal, green and left) have posed several questions to the Commission on Tuesday in which they point out the similarity of the Hungarian norm with the Moscow laws against what is described as “propaganda LGTBIQ ”. The parliamentarians ask the body chaired by Ursula von der Leyen what legal measures it will take, if necessary, against a potential violation of community law by the Hungarian government.