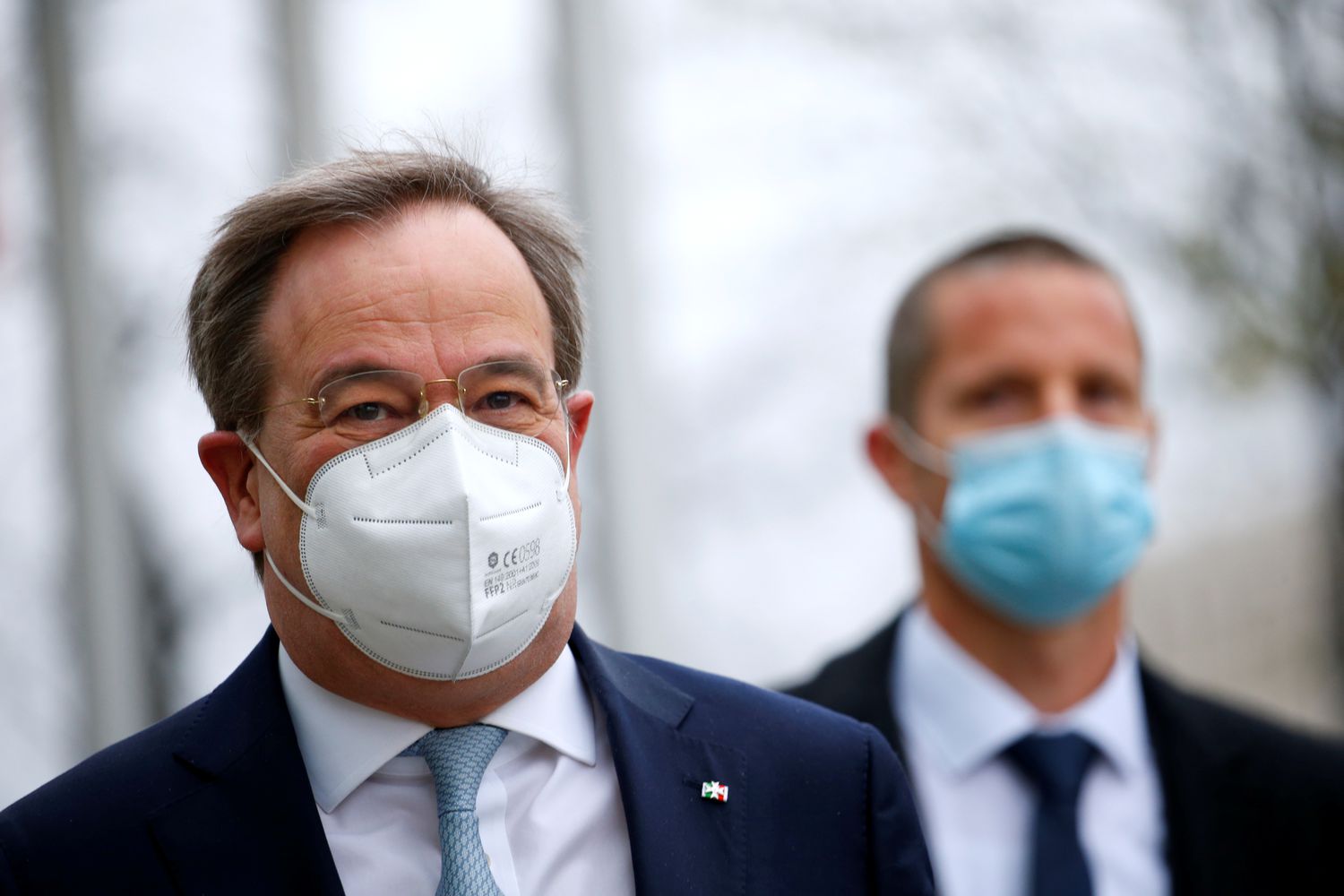 The post-Merkel-era chancellor candidacy has opened up a tug-of-war among German conservatives. The leadership of the Christian Democratic Union (CDU) has supported its current leader, Armin Laschet, 60, as a candidate for the post in the September 26 elections, but shortly after, the Christian Social Union (CSU), its sister formation in Bavaria, has unanimously pronounced in favor of the head of the Bavarian Government, Markus Söder, 54 years old at the top of the list. Laschet currently leads the main party of the great German conservative bloc and, traditionally, the general candidacy of CDU-CSU has fallen on the side of the older brother of said alliance. However, on this occasion Söder has not hidden his desire to aspire to something more than the head of the Bavarian Government. The Bavarian leader announced this Monday, after being endorsed by the CSU, that he believes that the election of the candidate may be held this week.

Laschet, who chairs the CDU and the regional government of North Rhine Westphalia, the most populous federal state (18 million inhabitants), has obtained broad support from the top of Merkel’s formation. This has been confirmed by the Prime Minister of Hesse, Volker Bouffier, who has admitted, however, that the management had not made a final decision. Bouffier stressed that the executive committee had made it clear that Laschet is considered “exceptionally suitable” and that he has been asked to “discuss the way forward” with Söder, the leader of the Bavarian CSU, who did not announce until Sunday that he aspired to the candidacy.

However, this Monday afternoon, the CSU leadership has chosen a different path and has supported Markus Söder as head of the list, which has opened a pulse within the Union, as the binomial of the two Christian Democratic parties.

The CSU executive committee has made a clear recommendation for Söder to stand as a candidate for chancellor, although it has also clarified that there is no final decision. The CSU general secretary, Markus Blume, has argued at a press conference that Söder has wide approval among the population, and has referred to the polls of recent weeks, in which the Bavarian leader is better valued than Laschet. “We are convinced that Markus Söder is the most suitable candidate for the Chancellery”, he has sentenced.

“The polls are not everything, but they are a clear indication of what the population thinks,” said Söder, who pointed out that the final decision to appoint the Union candidate can still be made at the end of the week. Meanwhile, the CSU suggests talking to the parliamentary group as well and Söder has even mentioned the option of consulting the militancy. The Bavarian leader also considers that within the CDU there are quite a few regional delegations that support him, so he tries to delay the decision.

But in the closed-door meeting that took place at the CDU headquarters in Berlin, and in which almost all members of the leadership took part, the majority made it clear that current polls should not determine the choice of the candidate. According to the CDU, Laschet, who has led the party since last January, has taken care to listen to the opinions in the formation. According to participants in the meeting, the president of the Bundestag (lower house), Wolfgang Schäuble, has also spoken clearly in favor of Laschet. He has had a clash with Merkel in recent weeks on account of the management of the pandemic and other issues, in an attempt to gain his own political profile as a candidate.

After the meeting, Laschet, who has always made it clear that he wanted to head the Union list, announced that he will speak with Söder to try to reach an agreement as soon as possible. “Everybody wants a quick decision,” he said. “We should not focus more on internal party issues, but on the big tasks that Germany faces today, tomorrow, this week and in the coming months.”

Traditionally, the CDU and the CSU run a joint candidate, and their alliance has been a mainstay of German politics since the end of World War II. With Laschet in the lead to secure the nomination, the Conservative bloc continues to lead the polls, although it has clearly fallen and recently suffered defeats in two regional elections.

To win the elections and keep the government – now in coalition with the SPD Social Democrats – the Union needs to present a united front of Laschet and Söder. According to a Forsa poll, only 32% of voters who opted for the CDU or CSU in the 2017 federal elections would keep their election if Laschet were the aspiring chancellor. If it were Söder, 73% of the voters would give their vote to the bloc again. The difference would be equally large between all eligible voters.

So far, no CSU leader has managed to reach the German Chancellery. There are two precedents. Franz Joseph Strauss appeared in 1980, and obtained the largest number of votes, but the Social Democrat Helmut Schmidt ended up forming the Government with the support of the Liberals. Already in the time of Angela Merkel, the Union chose as a candidate Edmund Stoiber, also from the CSU. It was 2002 and she had only been in the presidency of the CDU for two years. He lacked support among the regional barons and the polls gave the Bavarian Stoiber more intention to vote. Finally, the Social Democrat Gerhard Schröder managed to be reelected and to govern in coalition with the Greens.