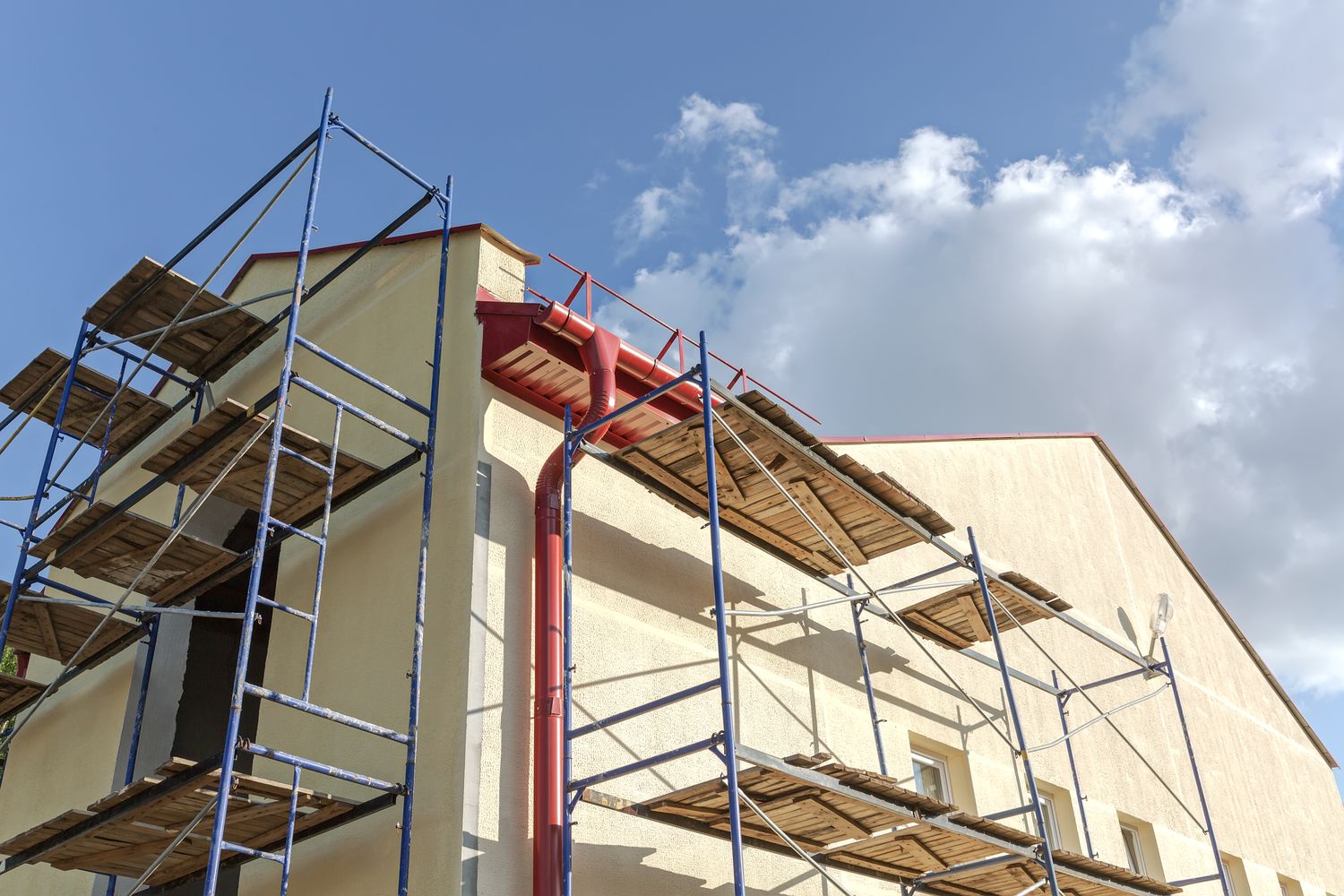 The plan presented by the Government not only contemplates measures for companies, but also for citizens, such as aid for the rehabilitation of homes or for the purchase of a new car with zero or low polluting emissions. These actions, which are integrated into two strategic areas for the Spanish economy such as construction and automotive, are two of the vector transformation, among others, of the European Recovery Fund, also known as Next Generation EU, together with, among others, the digitization of small and medium-sized enterprises (SMEs) and the modernization and diversification of the supply of the tourism sector.

The objective of this historic investment, which reaches 750,000 million euros for all member states, is to mitigate the economic effects that covid-19 has caused on the continent and rebuild the European Union (EU). The fund is expected to endow Spain with 140,000 million euros until 2026. In the next two years, the Government plans to mobilize almost 70,000 million euros, for which it has already sent its Recovery, Transformation and Resilience Plan (PRTR), now pending approval by the European Commission. And little by little more details are known.

One of the sectors most benefited by European aid is construction, due to the dragging effect it has on the national economy. The Government has already announced that it will allocate 6,820 million euros to Rehabilitation of buildings and homes with the aim of improving its energy efficiency and reducing the carbon footprint in a sector to which close to 30% of total CO2 emissions are attributed. The Executive foresees that until 2030 an average of 300,000 properties can be intervened annually.

This initiative represents an important boost for a very old residential park. 54% of the 26 million homes in Spain were built before 1980, without a clear regulation of energy efficiency, according to the study prepared by the Green Building Council Spain (GBCe), which promotes ecological transformation in the construction sector, and the Conama Foundation, dedicated to promoting sustainable development. With this multi-million dollar investment, the Executive expects the creation of 188,300 Job positions direct payments and a contribution of 13,500 million euros to the Gross Domestic Product (GDP).

The requirements to access these funds have not yet been specified, but some of the guidelines are known. A total of 3,420 million euros are earmarked for rehabilitation in residential environments, another 1,000 million will be dedicated to the construction of 20,000 social rental homes in energy-efficient buildings, 1,080 million euros will be used to restore public buildings, and 1,000 million euros more will be used to promote property improvement actions in municipalities with fewer than 5,000 inhabitants, which are mainly located in the most unpopulated areas of the country.

What actions contemplate the aid

Although much remains to be defined, the Institute for Energy Diversification and Saving (IDAE) has published the manual Practical guide for the management of aid for the energy renovation of buildings, in which he sets out the steps to manage the processing of aid from the already existing Building Energy Rehabilitation Program (PREE), endowed with 300 million euros from Next Generation EU.

Most of these investments will be destined to the rehabilitation of the building envelope (facades and roofs) to enhance thermal and acoustic comfort, the use of renewable energy in heating, cooling, ventilation and hot water installations, and the implementation of electricity generation technologies through sustainable sources in the building.

The owners will receive both deductions in the personal income tax (IRPF) and direct aid that will range between 40% and 85% of the investment. “The amount will depend on the degree of energy efficiency achieved with the rehabilitation. The minimum energy saving required to release the subsidies is 30% “, advances Natalia Domínguez, director of Sector Analysis of Banco Sabadell, who will participate in the webinar Next Generation US Funds: News and Sectoral Impact, organized through HUB Business of Banco Sabadell.

European funds can support the achievement of the objectives set by the Executive, including achieving an electricity park of 250,000 vehicles in 2023 and the creation of 100,000 charging points. The objective of these measures is that, by 2040, only light emission-free vehicles can be purchased on the market, and that by 2050 this entire fleet will be non-polluting. In April the Plan MOVES III, which will distribute between individuals and the self-employed –until December 2023–, 400 million euros extendable to 800 million in direct aid for the purchase of electric vehicles, plug-in hybrids and fuel cell, and the installation of recharging infrastructures.

In addition, to facilitate decarbonization of the transport sector both in urban and metropolitan areas and in long distance, the Government will allocate until 2026 more than 13,000 million euros from the European Recovery Fund. Part of this money will be dedicated to innovation in electric mobility, recharging infrastructures and green hydrogen, a fuel created from this element and generated with renewable energy.

Another part, the Spanish Recovery Plan establishes the creation of low emission zones in urban areas. For this reason, public and private collective and freight transport companies will be helped to acquire fleets of electric and low-emission vehicles and install recharging points.

Domínguez points out that it is also expected to improve the quality of rail services, both Cercanías and interurban. “The objective is to modernize and strengthen the network, and promote a transfer of both passengers and goods to the railroad, which today has a very low weight over total transport,” he says.

SMEs constitute the backbone of the Spanish productive fabric. Therefore, the Spanish plan will allocate 5,000 million euros to Scanning, internationalize and increase the size of these companies.

Up to 927 million euros will already be used this year, almost 2,168 million in 2022 and the remaining 1,822 million euros in 2023. More than two thirds (71.7%) of the resources will be dedicated to digitization and innovation of the SMEs; 10.2% to boost its growth; 7.5% to encourage entrepreneurship; 6.5% to support the Commerce; and 4.1% to facilitate its internationalization. Most of this budget (just over 3,000 million euros) will fall on the Digital Toolkit Program, a plan that provides tools for SMEs with up to 49 employees to bet on the presence on the internet, the electronic sale, the cloud office, the digitization of customer management or the cybersecurity.

“Digitization is underway. It is true that there are still many unknowns, but the sector has already identified the needs. We are facing a unique opportunity for SMEs ”, says Carmen Sánchez, head of regulation and public affairs at the Spanish Association for Digitization (DigitalES). In fact, these companies will be able to use an endowment of 300 million euros to hire technology experts to update their Business models for a year and for an amount of up to 20,000 euros per company, contract and year. The objective is to support at least 15,000 SMEs with between 10 and 249 employees, so that they move towards the digital transformation.

In 2019, more than 12% of GDP came from the tourism sector, which directly employed almost three million people. That year, Spain was the second destination worldwide in terms of arrivals and income of international tourists and, in recent years, the country led the ranking of tourist competitiveness. In 2020, the weight of the tourism sector in Spanish GDP decreased to around 4.3%, according to some estimates. “For this reason, European funds must serve to support the transformation of the sector in the medium term,” says the director of Sector Analysis at Banco Sabadell.

To boost its modernization and competitiveness, the Government’s plan includes a component aimed solely at the tourism sector with a budget of 3.4 billion euros. This shock plan includes sustainability programs in tourist destinations and digitization. It also includes actions specifically aimed at the Canary Islands and the Balearic Islands, two key territories for Spanish tourism.

Likewise, energy efficiency projects (with the aim of carrying out reforms in more than 3,000 establishments) and circular economy projects will be financed, as well as the development of new tourism products. In this sense, promoting various types of tourism such as gastronomic, cultural or sports is key to achieving a sustainable diversification of the offer throughout the territory and attracting tourism with greater purchasing power. These challenges are part of the new roadmap Sustainable Tourism Strategy Spain 2030. “Tourism could also benefit from some cross-cutting components included in the Government’s plan, such as the promotion of SMEs or those related to the training of professionals,” adds Domínguez.