The first travelers with the digital green certificate have already arrived in Spain. “Some 30 or 40 people” have presented it this Monday at Spanish airports, which already have the devices in place to recognize them and allow the passage of their carriers without requiring quarantines or prior tests, as explained this Monday by Alfredo González, Secretary General of Digital Health, Information and Innovation of the National Health System. Spain thus joins seven other European countries that have already launched it. Several communities have already begun to issue it and “most of them” will do so throughout this week, González added.

The certificate is a free QR code, either digital or physical, which certifies that its bearer has had the disease in the last six months, has tested negative in a PCR or antigen test 11 days before the issuance of the certificate or has been vaccinated with the full schedule and more than 14 days have passed. Although the final approval of the European Parliament is pending, predictably this Tuesday, Spain is already applying these requirements, which are those agreed in the previous documents. 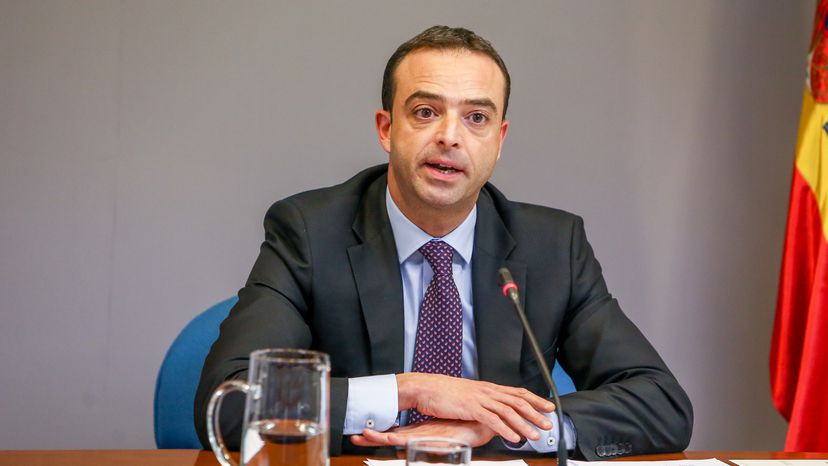 In video, the secretary general of Digital Health, Information and Innovation, Alfredo González, explains during a press conference this Monday the operation of the digital covid certificate.(EUROPA PRESS)

On Monday afternoon Andalusia, the Valencian Community and Navarra have already announced that citizens can download the certificate. In Andalusia, in addition, those over 65 will receive it at home, “who are not used to digital,” said the president of the Junta de Andalucía, Juan Manuel Moreno. “The rest of the population with the complete guideline may request it through the web or the application” of the Andalusian Health Service, informs Eva saiz.

This community is studying the possibility of being able to vaccinate residents of other autonomies who get their dose while they are on vacation in Andalusia. It is a possibility to which Fernando Simón, director of the Center for the Coordination of Health Alerts and Emergencies, has opened the door on Monday: “If it is only a matter of days, it is better if it is in its own autonomous community, but it is feasible to do so in other”.

Citizens who meet the requirements can request the certificate through the community health services website. It depends on which one they belong to, it can also be done in health centers, via the web or by both means. Gradually, all of them will incorporate both the digital and the physical modality of this document. In addition, the Ministry of Health also issues a certificate that accredits the vaccination to those who have it.

The certificate is intended to “facilitate mobility”, as González has repeated, but without the document you can also travel, although it is possible that countries will request additional tests or quarantines from citizens who do not have it. In Spain, the rule that allows access to people from any country who can prove to be vaccinated with any of the drugs approved by the European Medicines Agency or the World Health Organization, regardless of their status, has also entered into force this Monday. risk level. In any case, with or without a certificate, everyone who enters the country will have to fill out the form that has been used since the borders were opened in order to trace possible cases.

Bulgaria, the Czech Republic, Denmark, Germany, Greece, Croatia and Poland are the other countries that have already implemented this certificate. All the others will be incorporated gradually until next July 1, when it will be mandatory. Until then, the document is considered to be in the testing phase, although it is “completely valid”, González said.

Kiwis are my slavery —…