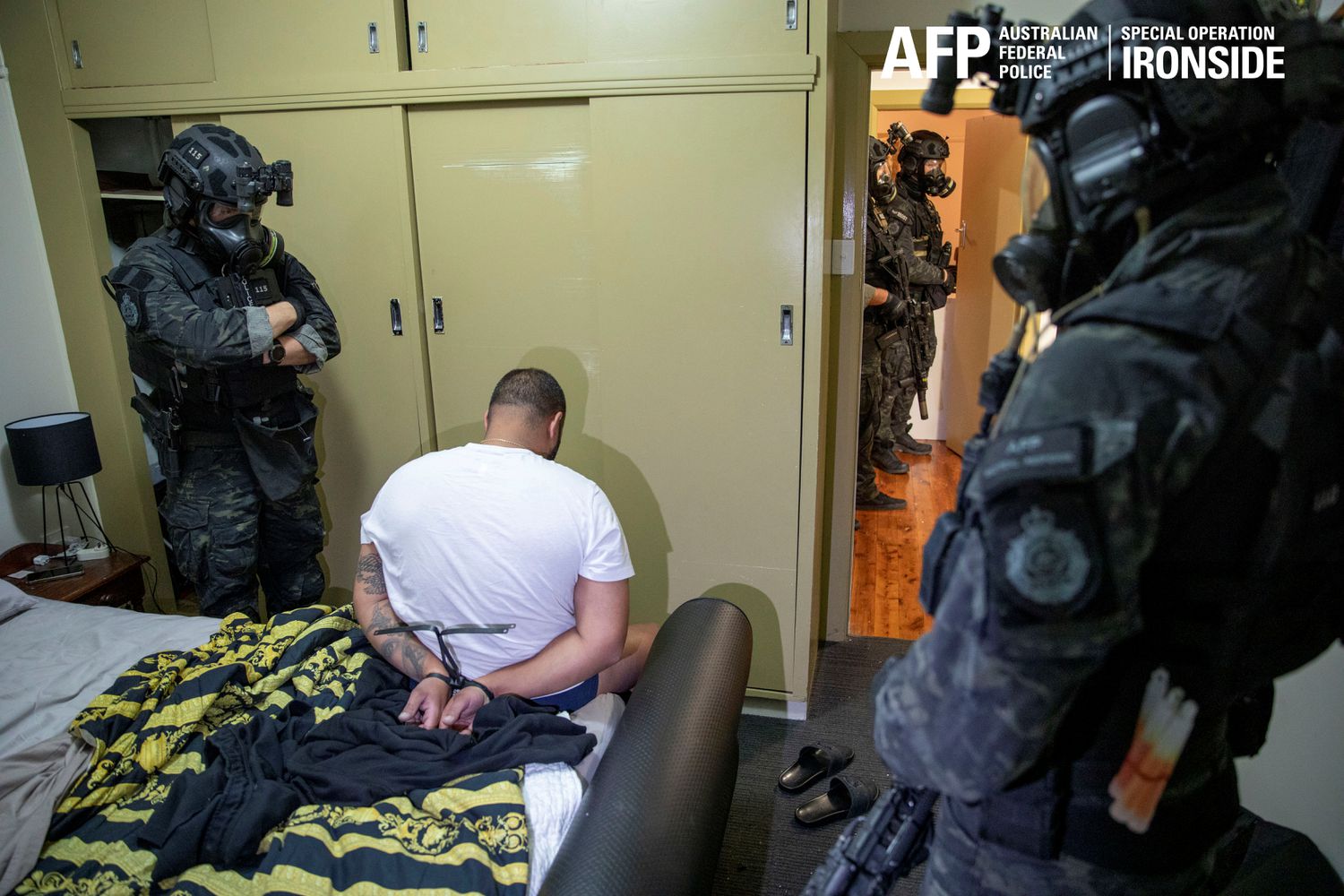 An international police operation has allowed the arrest of nearly 800 suspected members of organized crime from 16 countries who were tricked into using phones that included a messaging application secretly administered by the US FBI, Europol, the European office, announced on Tuesday. of cop. The computer tool, called ANOM, allowed investigators to read conversations that the suspects believed were encrypted and protected against espionage, when in fact they were being watched. The authorities had been accessing millions of messages for months about drug trafficking, money laundering and even planned killings.

The operation, led by the FBI and Australian police, has been assisted by security forces from Sweden, the Netherlands and New Zealand. This tool had been developed by the FBI in collaboration with the Australian police. After creating the computer tool, several infiltrated police officers were in charge of offering the mobiles that included it to the criminals, who used them without knowing that it was a trap. The more than 300 members of the criminal gangs whose communications the agents read without their knowledge trusted their security since the messages were encrypted.

These criminals included members of the Italian mafia, members of international drug trafficking and money laundering networks, as well as other criminal organizations, including violent motorcycle gangs. The strategy consisted in convincing the group leaders to use the application and thus generating trust among the members of the organizations to imitate them.

The police operation has had the collaboration of 16 countries and Europol, the European police office, which presented it on Tuesday at its headquarters in the Dutch city of The Hague.

The success of the ANOM platform is based on the fact that this application offered the type of encryption services that criminal networks seek to evade the surveillance of the authorities. The computer tool was presented to criminals as a product of a fictitious telephone provider that had its own network, without the need to connect to the internet. The “phones that had this app had a good reputation in illegal circles,” explained Jannine van den Berg, head of the Dutch police.

The police chief added that the suspects themselves promoted ANOM as a reliable application. Most of the messages that were exchanged were in Dutch, German and Swedish. Among the merits of this gigantic police operation, Van der Berg has stressed that it has prevented several deaths. For his part, Calvin Shivers, assistant director of the FBI’s Criminal Investigation Division, has explained that encrypted communications from criminal networks are a way to circumvent the law and operate on a transnational scale, and that they will continue working to develop this type. of innovations to combat them.

The monitoring of 27 million messages exchanged between criminals during a year and a half has led to the search of 700 homes and the arrests of 800 suspects. The police of the countries that have participated in the operation have seized 8 tons of cocaine, 22 tons of cannabis and its resin, 2 tons of amphetamines and methamphetamine, 6 tons of synthetic drug precursors, 250 firearms, 55 cars luxury and about 84 million dollars.

This part of the police operation – baptized with the name OFT Greenlight / Trojan Shield – that has allowed the seizure of these illicit goods remains open. According to Europol, this branch of the investigation will make it possible to draw a clearer picture of organized crime operating in the EU. In the Netherlands alone, 49 people have been arrested, 25 drug laboratories and warehouses have been dismantled and 2 million euros in cash have been seized.

International organized crime gangs have been using computer applications to encrypt their communications for years. Other tools intended for this purpose, such as EncroChat and Sky ECC, were dismantled in 2020. Europol spokespersons have confirmed, in fact, that with “the creation of ANOM it was intended that criminal networks migrate towards the new application”, which he has finally allowed the police operation on Tuesday.