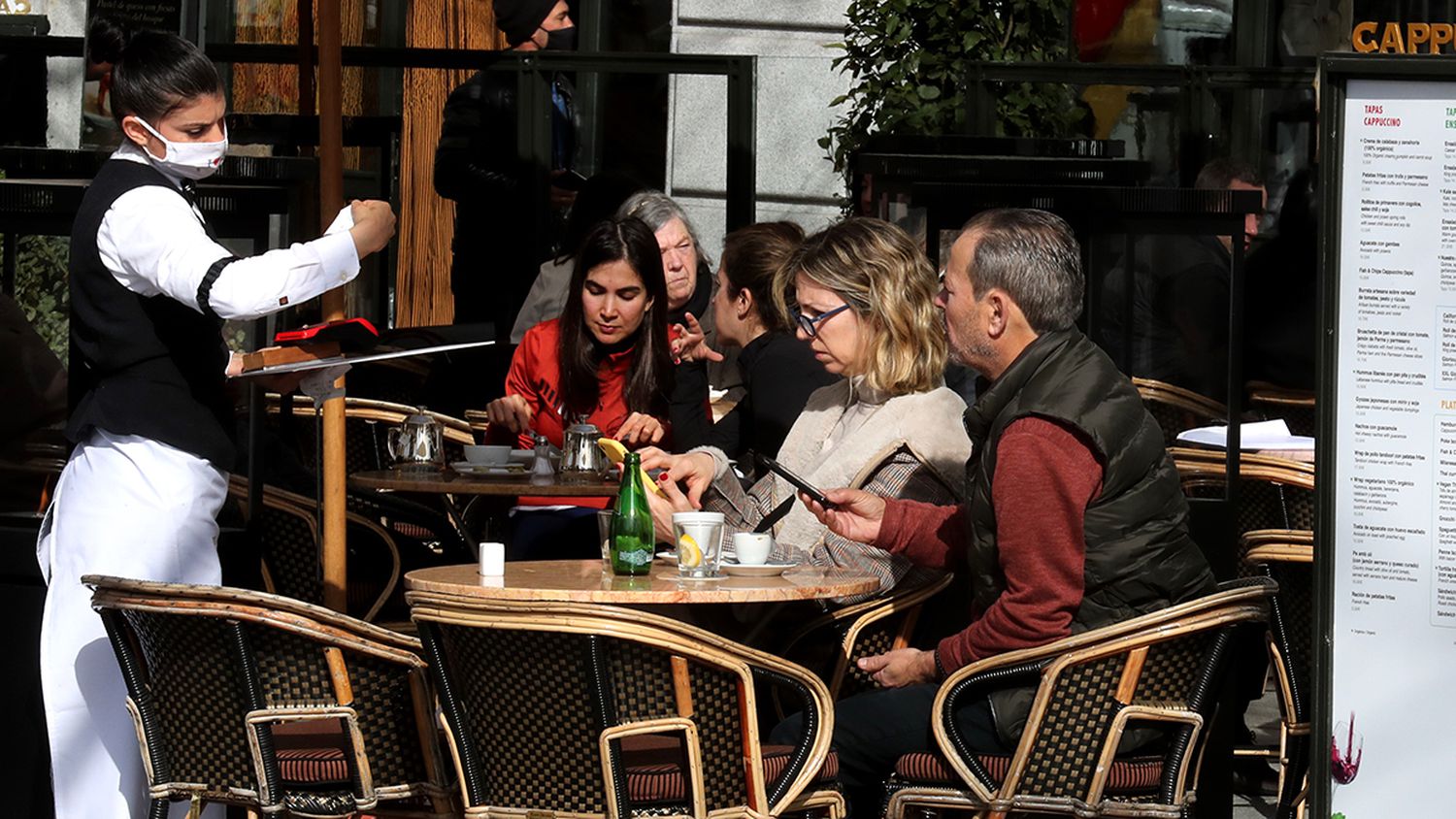 Madrid is advancing against the current of the large European capitals in the fight against covid. While much of Europe shields its main cities to stop the scourge of the virus and imposes strong social and mobility restrictions, the Spanish capital, which still has an incidence of 625 cases per 100,000 inhabitants, opts for more lax measures and relax the limitations. Thus, while Lisbon, London, Paris, Rome, Berlin, Athens and Brussels remain semi-confined, Madrid plans to delay the curfew and the closing of bars. Who does share lax measures such as those of the Spanish capital is Stockholm, the capital of a country that applied a controversial plan against the virus that entrusted everything to individual responsibility. Experts, for their part, warn of the risks of easing restrictions when transmission remains high.

“It is a crime in Catalonia, with the climate you have, to have everything closed!”, Protested last January 30 the president of the Community of Madrid, Isabel Díaz Ayuso, during a visit to Barcelona. Despite having a much higher incidence than that of Catalonia (at that time, 993 compared to 564 cases per 100,000 inhabitants), the Madrid government has always opted for lighter restrictions, without closing the bars or perimeter the capital. In fact, while a good part of the big European capitals have been closed for weeks and many with shops closed, Madrid has already announced that, if the pandemic allows it, next week it will relax the curfew at 11 p.m. (now it is at 22.00) and will extend the hours of the bars until that time.

“There is no epidemiological criterion that justifies the Madrid measures. It is a political stubbornness to polarize with respect to the measures of the central government. None of the epidemiological parameters allows a situation to relax measures in Madrid ”, values ​​Daniel López-Acuña, former Director of Emergencies at the World Health Organization. In addition to an incidence much higher than the threshold that the Ministry of Health estimates of extreme risk (250), Madrid suffers a strong hospital pressure and half of its ICU beds (716 patients) are occupied by patients with covid. The positivity rate for diagnostic tests, which should be below 5% to keep the virus at bay, is close to 20%. “This means that there is an important community transmission and many asymptomatic undetected”, clarifies López-Acuña.

Despite its epidemiological situation, Madrid persists in its strategy of making measures more flexible. In fact, last week the maximum number of people who could meet on the terraces of the bars increased from four to six.

Seven of the major European capitals analyzed, on the other hand, are more conservative. In Lisbon, with a skyrocketing incidence of 2,123 cases per 100,000 inhabitants, restaurants, shops and culture are completely closed: only home pick-ups and deliveries are allowed in restaurants. But also other cities with infection rates lower than those of Madrid, keep closed the economic activities that involve more social interaction: in Berlin, with an approximate incidence of 120 cases per 100,000, London (382 cases per 100,000 in the country), Athens (111 throughout Greece), Paris (237) and Brussels (250), the restoration is closed. In Rome (251 cases per 100,000 in its region, Lazio), the restaurant closes at 6:00 p.m.

Culture has also closed in on many major European capitals. Unlike Madrid, where museums, cinemas and theaters can open until 10pm, London, for example, which has imposed one of the strictest confinements, keeps everything closed, as do Paris, Berlin and Athens. In Rome, museums and archaeological parks, such as the Colosseum, are open from Monday to Friday, but cinemas and theaters are closed. Only museums work in Brussels.

In commercial activity there is more disparity between European cities, but Madrid is still one of the most lax. In the Spanish capital, shops are open until 9:00 p.m., although there are capacity limitations in department stores and small stores. On the other hand, where the confinements are harsher, such as London, Berlin, Lisbon or Athens, they only open essential goods stores, such as supermarkets. In Brussels, shops operate until 8:00 p.m., and in Paris or Rome, there are restrictions in shopping centers.

Another controversial element in Madrid’s strategy is its mobility limitations. To begin with, because it insists on making the curfew more flexible at 11pm, when large European cities limit night mobility earlier: at 10pm (Rome), at 9pm (Athens) or even at 6pm (Paris). Portugal imposed a curfew in January at 1:00 p.m. on the weekend in the areas with the highest incidence.

In addition, while other European cities have opted for very strict or domiciliary confinements (such as Lisbon, Athens or London), Madrid defends the perimeter closure by basic health zones (ZBS), associated with the reference health center of a population (from the Monday there will be limitations to enter and exit in 55 ZBS and 14 urban centers of the community). “It is useless to perimeter when the entire community is equally bad,” said Salvador Peiró, epidemiologist at the Foundation for the Promotion of Health and Biomedical Research.

The experts already explained from the outset that there were two errors in the conception of this restriction: an area to be confined must be a geographical space recognizable by the population and, furthermore, when a territory is delimited it is because it has a visibly higher incidence than the one around. But these two premises are not fulfilled in Madrid. In addition, the rule includes so many exceptions – such as going to the doctor, school, work or going out to do administrative procedures – that these borders do not work.

One of the European cities that has a plan of lax restrictions, such as Madrid, is Stockholm (Sweden has an accumulated incidence of 388), the capital of a country that already in the first wave opted for a controversial strategy of trusting control from the pandemic to individual responsibility and recommendations. When contagions soared, Sweden backed down and imposed tougher restrictions since January, but Stockholm is still far from the limitations of the big European capitals: there are recommendations to limit mobility, but no restrictions; shops and restaurants are open and cultural spaces have capacity limitations that have precipitated that, motu proprio, the great theaters, operas and cinemas have drawn down the blind.

“I sense that Madrid is playing Swedish strategy, but roughly. I think they boast that they have some basic immunity [por los contagios de la primera ola]And they are lucky that, surely, the population thinks that they cannot trust the measures and adopts a safer behavior themselves, ”Peiró considers. But epidemiologists warn that the lack of forcefulness in the restrictions will take its toll. “Madrid thinks that by rushing to liberalize, it will stabilize the epidemiological and economic situation sooner. And it is not like that. What it does is open the floodgates to rallies and chronify the curve at high levels, which will cause more closures ”, alerts López-Acuña.

Experts call for caution in de-escalation. “We all have one unknown, which is the spread of the British variant of the virus, more contagious. And that should keep us on our toes and I believe that this threat is what is behind the maintenance of the restrictions in Europe, ”says epidemiologist Salvador Peiró. If you de-escalate too quickly, the virus can rebound. “If the British variant comes in very soon, we will be very bad. You have to buy time to vaccinate, to breathe the health system and take care of non-covid patients again, ”he warns.