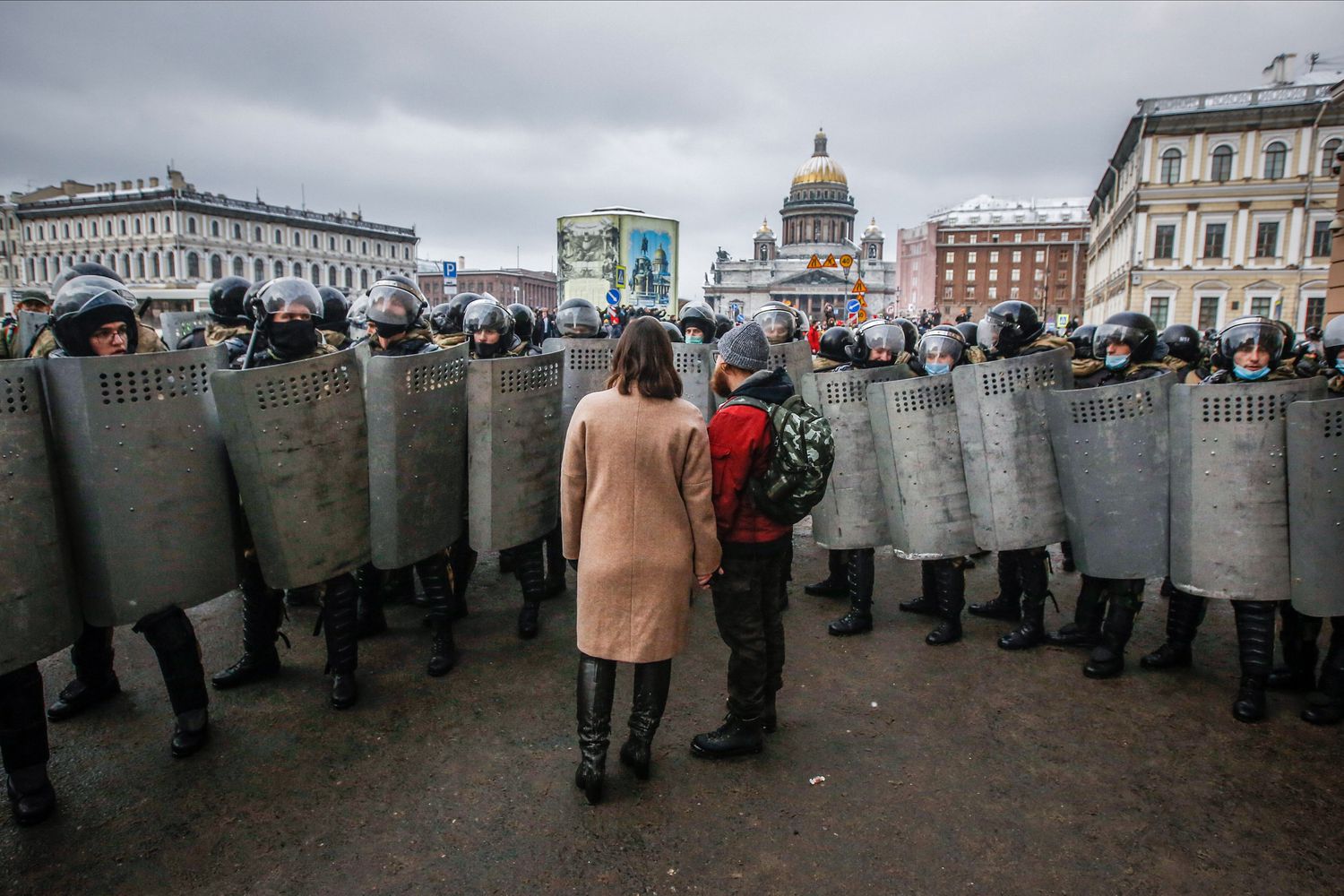 Alexei Navalni’s team faces the tough political pulse with the Kremlin as a long-distance race. Supporters of the opposition, sentenced to three and a half years in prison in a controversial case that he considers a “political persecution”, have decided to withdraw and save strength. After the harsh repression and the thousands of arrests in the mass protests in support of the activist in recent weeks throughout Russia, they are now focusing their strategy on promoting investigations into the corruption of the Russian political and economic elite, and on reserving themselves for the crucial ones autumn parliamentary elections, in which they seek to exile Open Russia, a party loyal to Russian President Vladimir Putin. With Navalni in prison, his allies, also targeted by the Russian authorities, are trying to keep alive the movement that bases much of its force on its leader.

Wearing a red piece of clothing and uploading images to social media has become the latest initiative in solidarity with the anti-corruption activist. And another: to go out with flashlights, candles or with illuminated mobiles at dusk this February 14 in the neighborhood patios to form a “chain of solidarity and love” in support of the most ferocious critic against the Russian president. As proposed by Leonid Volkov, one of Navalni’s closest collaborators and one of the few who are not behind bars or under house arrest, incommunicado, like his number two, Liubov Sobol.

The security forces have already warned that these small light actions in the patios are also illegal, and that those who participate in them will face sanctions. For now, they have issued an arrest warrant for Volkov, accused of inciting minors to participate in unauthorized demonstrations, and have included him on the list of wanted people through Interpol. But Volkov now lives in Lithuania and authorities in the Baltic country have not only said that they will ignore the search warrant, but have charged Russia for launching it. “Using international tools for politically motivated prosecution is wrong practice,” Lithuanian Interior Minister Agne Bilotaite said on Wednesday. The caso Navalni the tension between Russia and the European Union is increasing even more.

With almost 12,000 arrested in three weeks of protests in more than a hundred cities in the country and the threat of repression even harsher, Volkov and the rest of the Navalni team that still remains at large are now betting on putting the mass protests on hold at least until spring. They do not want to repeat the example of Belarus, where Aleksandr Lukashenko remains in the presidency and represses with increasing force the protests for democracy and against electoral fraud in the August elections, which have already lasted six months.

It is that the threats and the heavy hand of the Kremlin do not deter those who had taken to the streets (many for the first time) driven by discontent with the economic and social situation of the country, said Volkov. Putin “learned from Lukashenko that you can hit people very, very painfully and still hold on to power. It was an election that brought people to the streets in Belarus. For us they are still to come ”, Navalni’s ally stressed a few days ago in a live intervention on social networks.

Despite the scandals, as it has been at its all-time lows for months, President Putin’s approval among Russians has not been much altered by Navalni’s arrest in January, upon returning to Russia from Germany, where he recovered from the poisoning. suffered this summer in Siberia and for which he blames the Russian leader directly; still around 60%, according to the latest data from the independent center Levada. Although it has collapsed among young people, remarks Maria Lipman, from the George Washington University Ponars-Eurasia network of academics. It is still too early to determine if with the opponent in prison, his collaborators will be able to undermine that passive support from which the Kremlin and the government party, United Russia draw, says the expert.

The opposition team tries to protect and preserve open at all costs the offices that Navalni and his anti-corruption organization have been weaving in recent years in many regions of the vast Eurasian country. Venues that are not only adding muscle to the movement, but may become one of its cornerstones ahead of the state Duma elections scheduled for September. In fact, it is in the provinces where latent discontent and boredom towards the authorities can permeate the most, according to analysts.

“We have to exist to participate in the elections,” says Sergei Ujov, coordinator of the Navalni headquarters in the city of Perm. “The possibility that all the coordinators of the Navalni headquarters are subject to criminal prosecution would be a major obstacle, because in addition to short-term goals we have long-term goals,” says Andrej Fateev, deputy coordinator of the Tomsk headquarters. The opponent and his partner Ksenia Fadeeva won a seat in the Tomsk Duma last September. Navalni came to support them there last August, when he was poisoned in that Siberian city.

Collaborators of the anti-corruption activist are trying to promote what they have called “smart voting,” a system based on electoral analysis that seeks to identify and support opposition candidates who have the best chance against United Russia. Because the goal, they say, is common. “Putin’s regime is based on three pillars: the security forces, the propaganda and the legislators, who help him to carry out the laws he needs,” remarks Ujov, who is running for mayor of Perm. “If one of those pillars fails, the regime will weaken, so it is clear that they will now fight for the Duma seats by any means,” he insists.

Poland’s Kaczyński steps down as…