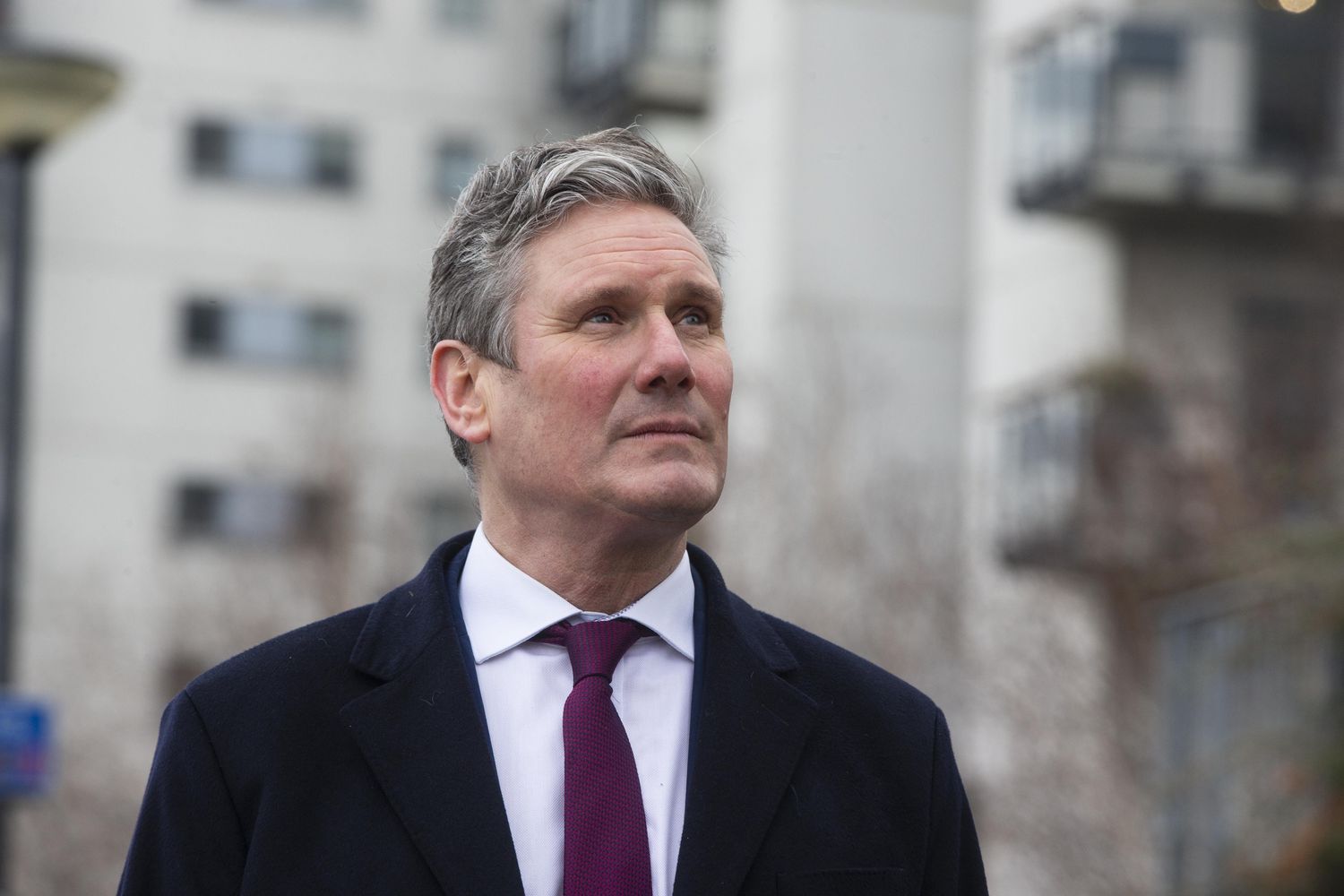 Politics is a complicated long-distance race riddled with obstacles. It requires agility and stamina to jump fences and ditches without losing sight of a distant and uncertain finish line. Keir Starmer, elected leader of the UK Labor opposition in early April during the devastating start of the pandemic, is about to serve his first year in office. Polls suggest that his popularity with the British has been slowly on the rise. But his tendency to use a soft and methodical message, typical of the prosecutor that he was, in the face of Boris Johnson’s bombastic speech has led many critics within the leftist formation to lose patience.

“He has managed to convey the image of a competent person, but he still does not have a clear message,” says Steven Fielding, Professor of Political Science at the University of Nottingham and author of some key books for understanding British Labor. “He has failed to land the right blows, but it may make sense to increase aggressiveness when the elections approach. For now, he has chosen to lay the groundwork to convince all the voters who turned their backs on his party in 2019 that he deserves another chance. “

The conservative press grudgingly acknowledges Starmer’s two main successes during these months. Without losing his mind, he has on many occasions put Johnson on the ropes by dissecting and criticizing his mistakes in managing the coronavirus crisis. It has been able to go ahead in proposing solutions – stricter confinement or the closure of colleges and universities – that the Conservative government has ended up adopting late and reluctantly. And he has shown relentless steadfastness in his quest to stamp out the anti-Semitic gestures that were tolerated in the Corbyn era within the party. To the point of expelling his predecessor from the parliamentary group, for having responded with disdain and describing the report of the Equality and Human Rights Commission as “exaggerated”, which pointed out specific discriminatory practices and attitudes.

Someone, however, has leaked, unfortunately for Starmer, the internal study that the Labor leadership was managing these days, in which the image of the training was reviewed before the citizens and changes were proposed. “Using the flag more, appearing alongside war veterans, dressing smartly at institutional events, etc., to give voters the feeling that we are aligned with authentic British values,” says one of the recommendations published in scoop for the newspaper The Guardian. In short, more doses of patriotism.

The Starmer team assures that the words correspond to the document prepared by the Republic communication agency, hired last September to measure the effectiveness of the Labor brand. Several party deputies, however, have seen the news confirm their suspicions: Starmer, always impeccable in his public appearances, is all form and nothing substance. “That is not patriotism. It’s jingoism. There are better ways to build social cohesion than to follow the lanes of the nationalist right, ”wrote on Twitter Clive Lewis, who was a Defense spokesman under Corbyn’s leadership and came to face Starmer in 2020 during the party’s primaries. “It is the symptom of a strategy that pursues the votes of people who already have their own party: the Conservative Party,” said Richard Burgon, also a member of the previous Labor leadership.

It is not entirely true. Starmer is obsessed with regaining the support of the so-called ‘red wall’, the northern and central parts of England that were considered safe Labor fiefdoms until the Brexit message caught on to a disenchanted working class who fell for Johnson and the Conservatives . He has introduced appeals to the importance of the family and the sense of belonging to the territory in his speech, but without finishing the job. Unable to specify whether the family he refers to is the idyllic and conservative image of post-war England or the new family of the 21st century, much more diverse in its forms. And even more important: if it proposes nostalgia or concrete political solutions.

Starmer has embraced, but not openly defended, ideas inherited from the previous Corbyn team such as re-nationalizing the basic services of electricity, water, gas and railways; incorporate employees into the shareholders of companies and their boards of directors; or increase the tax burden on large corporations. His brief time at the head of the party has, however, been marked by a single task, to mark a responsible opposition line during the pandemic, and a resignation, to assume that Brexit is a reality that no one seems to show any desire to turn around. . In that narrow room for maneuver, the Labor leader has opted to prioritize form. “Dress right, act left”, said Menzies Campbell, a liberal democrat and one of the most respected politicians in the history of British parliamentarianism. Something similar to “every day more radical and with the cleanest shirt” of the Spanish Francisco Giner de los Ríos. It is the radical part that many of his deputies demand of Starmer, and that he is convinced that the British electorate would not forgive him.