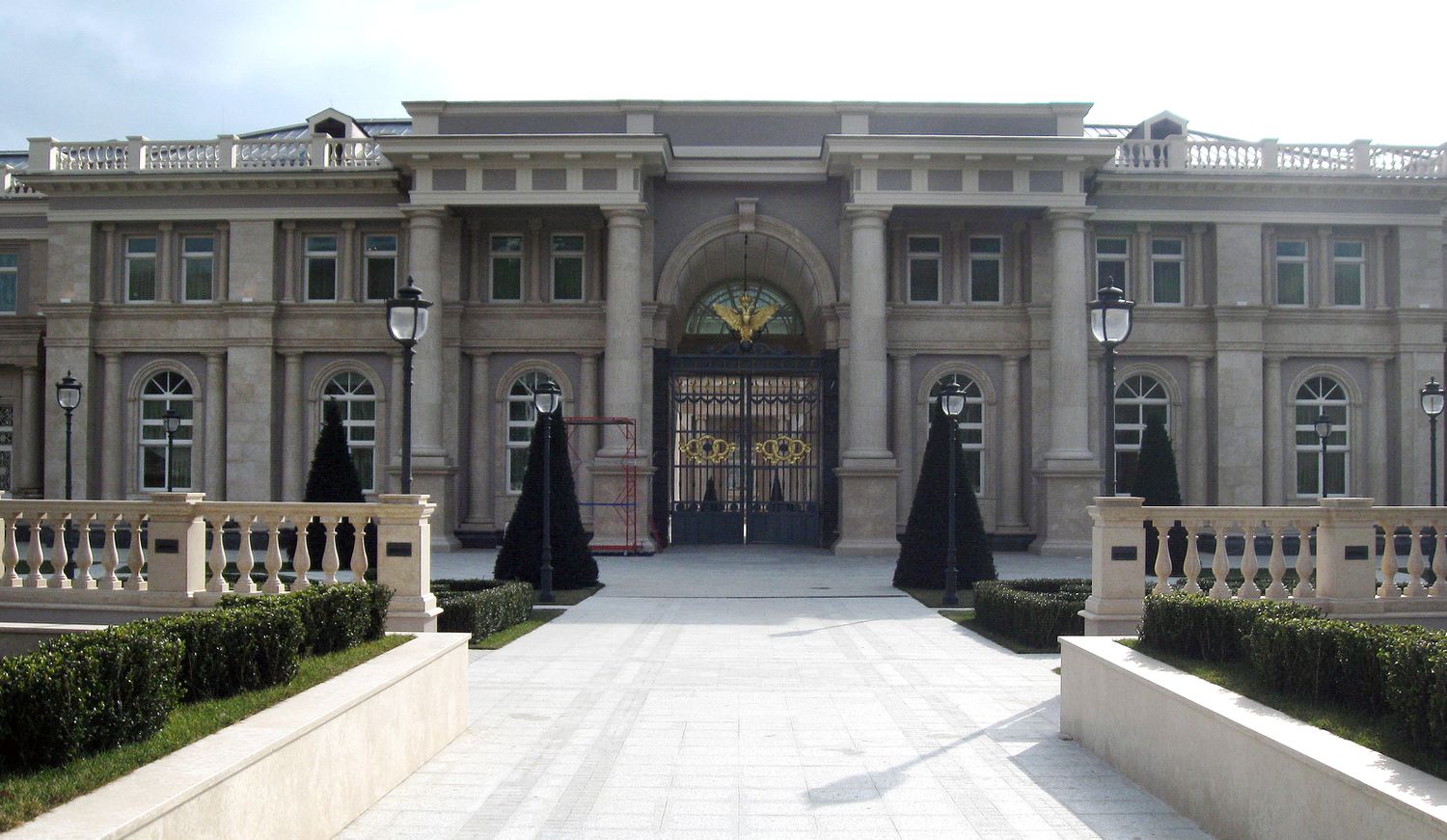 During his short stroll through the select area, Dmitri Shevchenko observed the lush gardens, the marbles, the gold-trimmed door, the sumptuous fresco-decorated swimming pool, and the entrance to the imposing classic-style gray rectangular building, better known today as “Putin’s palace.” In his foray a decade ago to investigate the environmental damage of that mansion in a remote area of ​​the Black Sea, the ecologist Shevchenko also photographed the extravagant fountain, destined to be part of an aquatic disco, which in recent days has become one of the symbols of the investigation of the opposition Alexei Navalni on the supposed palace of the Russian president, which has shaken Russia. “All of that distilled the word money,” says the activist by phone from the Krasnodar region.

The photographic material that Shevchenko took before he was arrested and his descriptions of the place have informed the extensive report of the prominent Russian opponent and his team of the Anti-Corruption Fund, which credits Vladimir Putin with the ownership of the palace, not far from the resort town of Gelendzhik . Navalni explains that the farm and land, which have a value of more than 1,200 million euros and that were supposedly paid for with fraudulent funds, are in the name of oligarchs around the Kremlin whom the investigation points to as front men. This Saturday, as pressure on the Kremlin was mounting over Navalni’s challenge, businessman and billionaire Arkady Rotenberg has claimed that the palace is his. The oligarch, who has made his fortune with hydrocarbons and has been in charge of numerous juicy public tenders, is one of Vladimir Putin’s closest friends, also his traditional judo partner.

The news about the pompous mansion already spread years ago in some Russian media. But the 113-minute YouTube video released by Navalni last week, which has already accumulated more than 100 million views, and a profuse and illustrated article in which the opponent describes striking details in his characteristic sarcastic, populist tone, close and visually more powerful, they have increased the flow of indignation unleashed in Russia after the arrest of the opponent, as soon as he returned to Moscow from Germany, where he was hospitalized for the attack with a neurotoxin for military use in the summer in Siberia that almost killed him and after which see the Kremlin’s hand. Navalni is in preventive detention.

The supposed Putin palace has thus become a symbol of the economic inequality that reigns in the Eurasian country, seriously affected by the economic crisis, and has further inflamed the mood of protest.

Navalni, which provides some eye-catching aerial shots, shows the palace grounds, its vineyards, gardens, and a good piece of coastline. The opponent explained that he had used the plans that a builder leaked a decade ago – which were the first revelation of the case – to create interactive and three-dimensional models of the interior that the activist’s anti-corruption organization has given a luxurious bathroom and kitsch. The opponent also speaks with some sarcasm of the eternal works of the palace to try to fix dampness and mold, derived from the poor quality of the construction.

The Anti-Corruption Fund report describes in detail the palace, which has on the ground floor a movie theater, a spa, a wine cellar and an outdoor area with the now famous “Aqua-discotheques”. And it doesn’t stop there: on another floor it has a casino area, a hookah room with a stage and a bar. pole dance and a theater. Navalni’s investigation, which shows financial details and part of the construction plans, also details that the mansion has a church, an underground hockey rink, an 80-meter bridge that leads to a tea house and a tunnel that leads to the seashore.

The palace and nearly 50 square kilometers around it are controlled and protected by the Russian federal intelligence service (the FSB, successor to the KGB) and are restricted airspace. The boats also cannot get closer than almost two kilometers from the nearby coastal area.

Shevchenko and his group of environmentalists had closely followed the situation in the area for years, the last large area of ​​forest on the Black Sea coast of the Krasnodar region, not too far from the resort town of Gelendzhik. A remote area, without water or communications. “No one had a commercial interest in building there, it would have been too expensive. You literally had to build the entire infrastructure from scratch, ”he says. It was not specially protected land, but it was not buildable, according to Russian law. And when it was rumored to be built there in the early 2000s, activists went on alert. More when the first works began, in 2005. “We wanted to know how a piece of forest, public land, came to private hands. And from there we started to pull the thread, ”says the 39-year-old activist.

Some information then suggested that the building was to be a residence for the heads of the Commonwealth of Independent States. A little later, at the end of 2005, a sign that a children’s camp was being built was hung on the fence. Afterwards, just silence. Until in 2010, the revelations of a well-known construction businessman, Sergei Kolesnikov, began to surface, who left the country and leaked plans, contracts and other documents about the work and detailed that Vladimir Putin was actually behind the screen of another businessman. Plans that have also served as material for Navalni’s investigation.

Shevchenko and his colleague Surén Gazarián, from the NGO Vigilancia Ecológica del Caúcaso Norte, located Kolésnikov and obtained some data on access and the evolution of the construction. “We decided to go to assess the environmental damage,” says the activist. In February 2011 they went there by car. There was no one at the checkpoint. The barrier was open. The work was in progress. They came to the gray palace, one of the opulent pools, the gardens.

They were soon discovered. A group of agents from the Federal Protective Service (FSO), the prominent agency that protects the president and other top Russian officials, immediately appeared. And behind them, border guards and personnel from a private security company, Shevchenko says. Before their camera and their other belongings were seized and transferred to a small police station, Shevchenko was able to hide the memory card and save the photos.

In that rural police station everything was “surreal”, he recalls. They were unable to file a complaint for their seized belongings, but they were not warned either for being near the palace. “They didn’t want any papers involved, interrogations. They simply pretended that all of this had not existed; Neither is the palace, ”Shevchenko says.

The activists began to have serious problems soon after. Especially after some more attempts to document the environmental damage also on the beaches and the coast part of the luxurious complex. Gazarián ended up being processed and left the country; Another of his colleagues was beaten up in a nearby village while working on a report on the Gelendzhik Palace vineyards, Shevchenko said. So the organization stopped visiting the area. “It became too dangerous,” says the activist, who now works for the NGO Civic Initiative Against Environmental Crime.

Shevchenko believes that the ecological damage the palace has caused is “immense.” “Now it is invaluable. When we analyzed the situation, years ago, we detected that they had carved more than 40 hectares of solid forest in an area with flora at risk of extinction: Pizunda pine, rare junipers and many more species. They finished with everything without any consideration ”, he laments.

The report by Navalni and his team, the latest direct blow from the opponent in his battle against Vladimir Putin, has hurt the Kremlin, which is maneuvering to counter him. In an unprecedented gesture, the Russian president himself, who never refers to Navalni by name and acts as if he does not exist, spoke this week on the subject and denied that he or his “close relatives” are the owners of the luxurious mansion. Although the Navalni investigation and previous revelations already suggested that the palace and the land are actually in the hands of businessmen close to the Russian leader, who are supposedly acting as a screen. Now the focus is on Arkadi Rotenberg, who has been on the U.S. sanctioned list since 2014.

The FSB has also had to step out and, although it has confirmed that it is a no-fly zone, it has assured that it was imposed for border security reasons and to protect the Black Sea coast from NATO spies.

Putin’s reaction shows his great concern. In another attempt to neutralize the damage, various government-related media have launched a campaign to discredit the Navalni report, which is normally invisible to the press outside the Kremlin. On Friday, Mash, which has close to a million subscribers to its Telegram channel, published its own video of the palace, with a visit to the area and the interior, under construction, in a humorous tone that although wanted to refute some of the revelations of the investigation of the Anti-Corruption Fund, as the supposed interior luxury, confirmed the fund. The state channel Russia 1 also broadcast a special program about the farm in the same vein, in which it remarked that it was destined to be a hotel.

Regensburg: “The Mess Yet To…