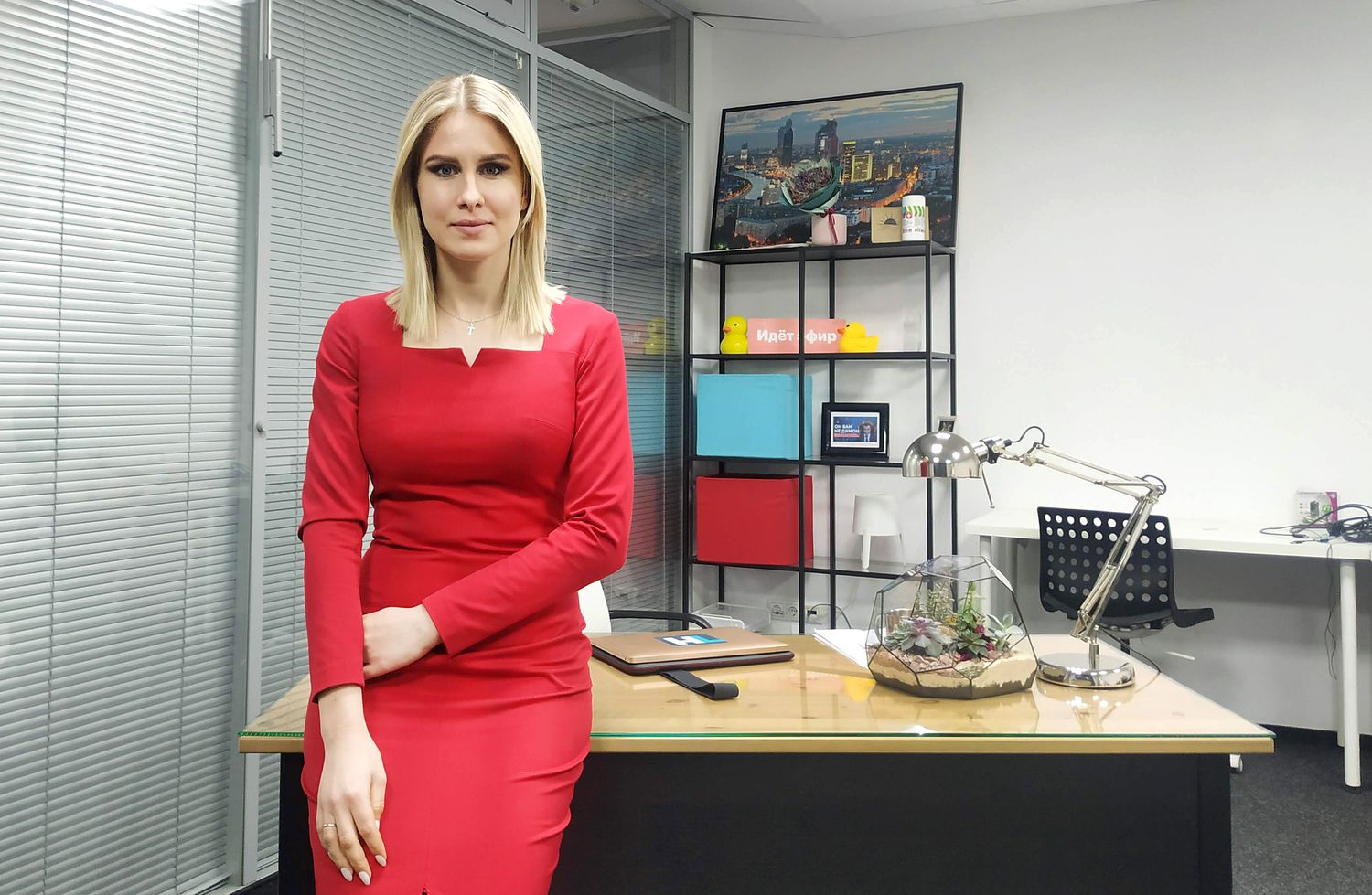 Liubov Sobol ironizes that she can hardly keep track of how many times she has been arrested. Or that the authorities have searched the apartment of this 33-year-old lawyer and activist, number two of Alexéi Navalni, and the offices of the anti-corruption organization led by the opponent arrested in Russia. This Wednesday, again, a group of masked agents entered the studios of the Navalni YouTube channel, at his home and at the homes of several of his collaborators. This time for violating health and epidemiological regulations a few days after the large demonstrations to demand his freedom and when his team prepares new marches to defend one of the most visible critics of the Russian president, Vladimir Putin. “This persecution shows fear and the weakness of a man who is not the leader of our country. Putin is panicky of Navalni because he sees him as a rival with a real chance of reaching the presidency, “says Sobol bluntly in an interview at the offices of the Navalni Live channel, in an impersonal Moscow business center. This Wednesday night she was arrested again.

With a law degree from the Moscow State University, the most prestigious in Russia, Sobol began her career as a clerk in a Moscow court and probably would have ended up in a large law firm if the Navalni Anti-Corruption Foundation had not crossed her path in 2011 Since then, he has participated in investigations into the Russian political and economic elite that have put the authorities in trouble on more than one occasion, as in the last case about Putin’s alleged multimillionaire palace on the Black Sea. Also in the summer of 2019, he spurred massive protests in Moscow to demand clean local elections and went on a hunger strike for 32 days because the Administration vetoed his candidacy and that of other opponents. She is now the best-known dissident in Russia.

That has made Sobol, who since she was little adored Sherlock Holmes stories, and who wanted to be a detective like him, into the target of the authorities and of figures from the orbit of the Kremlin, says the lawyer in a space with hangers full of suits, colored papers for the sets or paraphernalia to record the videos with which the opponent and his team connect with millions of people. The environment is somewhat desolate because, as he explains, in one of the searches the authorities took several computers, the photocopier and even the coffee machine.

“The threats are not only judicial,” he declares. In 2016, a man attacked her husband with a syringe containing a veterinary anesthetic drug after Sobol and Navalni published a report on Yevgeni Prigozin, an obscure restaurant oligarch known as Putin’s chef for his ties to the Kremlin. “They will arrest me, they will judge me and they may even jail me, but I am not afraid,” he says with a shrug. And she adds that she is not scared either after the Navalni poisoning last summer in Siberia in which the Kremlin’s hand is seen.

The lawyer assures that she will remain firm in the mobilization to free the opponent, arrested just after returning to Moscow from Germany and who is serving a month in provisional prison, accused of skipping the reviews of a suspended jail sentence to which he was sentenced in 2014 for being out of the country. Sobol insists that she will fight to participate as a candidate in the parliamentary elections scheduled for September and that the Kremlin is “so nervous”. The popularity of the government party, United Russia, and Putin has fallen to record lows due to the economic recession, deepened by the pandemic, and fed up with social inequality.

She is almost certain that, again, she will be vetoed on the ballot papers. “But that doesn’t mean I have to sit idly by,” he says. “Elections in Russia are damaged by corruption and fraud, but that does not mean that you should not use that instrument. Although it is not the only correct way to achieve democratic change and a rule of law ”, he believes. “So are our investigations and video messages, the lawsuits, the street protests. We are fighting to change the whole system ”. Rather liberal ideas that Navalni has also been embracing – openly nationalist and with a past of support for the extreme right – Sobol believes that the Russian opposition policy is not about right or left but, as he often says, about who supports Putin and who doesn’t.

The case of the opponent and the growing discontent could now give a boost to dissent and become a snowball difficult to avoid for the Kremlin. “There are many people who oppose Putin, more and more. And not all are supporters of Navalni but have different points of view. But the people who have taken to the streets can no longer tolerate what is happening in Russia. It is difficult for someone with a conscience to see an innocent man poisoned or imprisoned ”.

The threat of new sanctions from the European Union and the United States for the caso Navalni flies over Russia. The dissident already asked in October for personal sanctions against the powerful oligarchs that surround the Kremlin and now his team, which points out that blocking the yachts or the accounts of millionaires like Roman Abramovich would make a difference, insists on this. Although the new batch of Europeans have been left in the air and the High Representative for EU Foreign Policy, Josep Borrell, will travel to Russia next week. Sobol and his team say they have no meeting scheduled with him. “I’m always open to talk and meet but no one has approached me,” she says. “And frankly, I do not trust European politicians very much”, ditch. “We know that it is up to the Russian citizens to achieve democratic change in our country,” he insists. The Kremlin has recently accused Navalni of being a Western spy.

Sobol, accused in several cases, is today one of the few Navalni allies who is not behind bars after the wave of arrests prior to the marches in support of the dissident with which the authorities tried to quench the spirits of the protests. Russian law prohibits the imprisonment of women with children under 14 years of age and the telegenic lawyer – who also presents programs on the opposition channel – has a six-year-old daughter. Although a severe criminal conviction would not free her from going to prison. And the dissident is accused in several cases.

But the legal processes of the authorities and businessmen like Prigozhin have ruined it, she acknowledges: “My accounts have a balance of minus 34 million rubles (372,000 euros), I have never owned real estate and I live in my husband’s apartment. A couple of years ago we sold the car. Now I live under the threat of someone coming to my house and taking my washing machine or the electronic piano my daughter plays on ”.