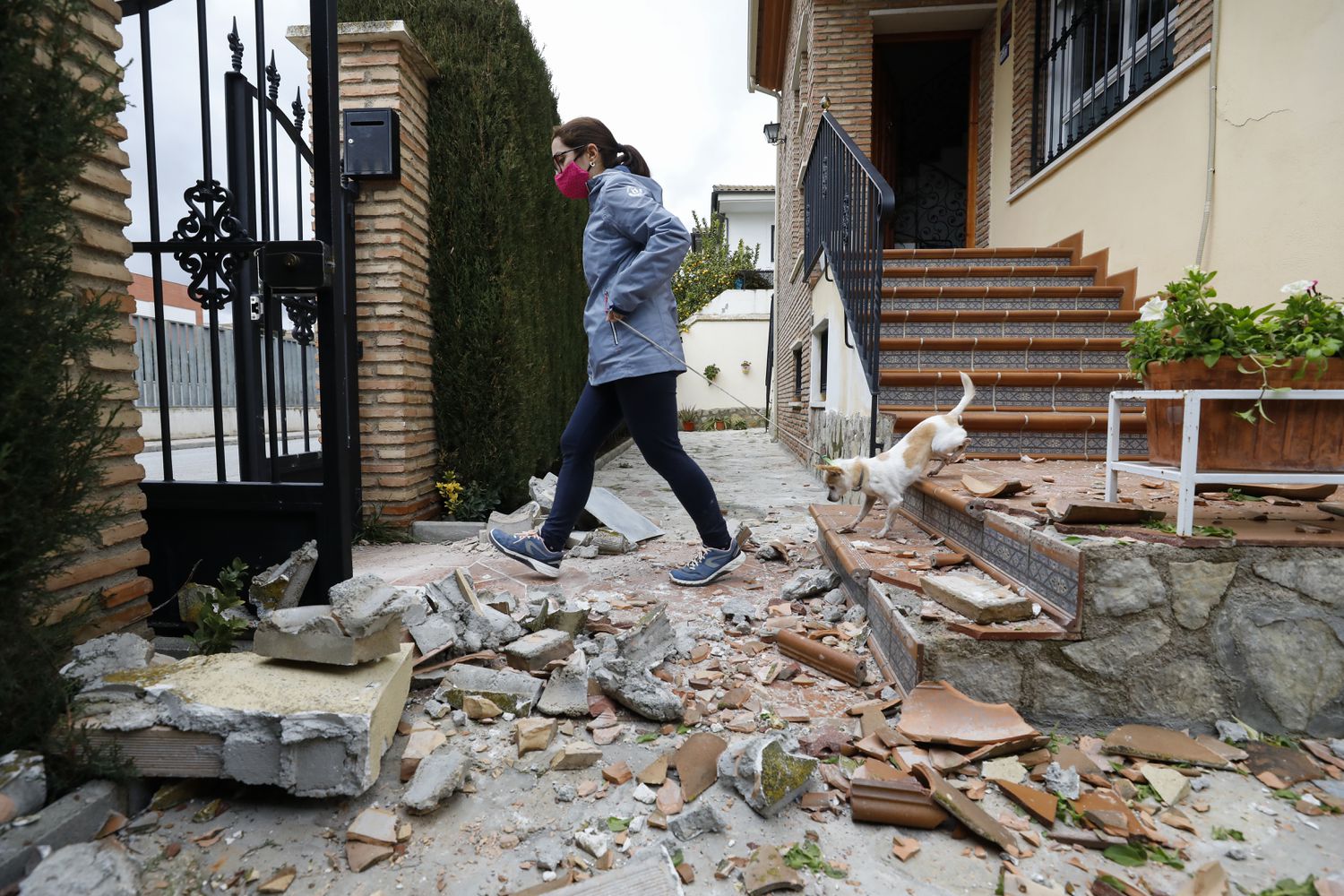 Every day, every second, Europe and Africa – the Eurasian and African plates in geological terms – get closer together in a constant process that results in an approximation of four or five millimeters a year between the continents, according to Jesús Galindo Zaldívar, professor and Professor at the University of Granada. This continuous movement does not have any seismic effect on the surface, but it does accumulate energy in depth that, periodically, is released to the surface through earthquakes. “On the surface, the faults move little by little and continuously while in depth the movement is discontinuous and, from time to time, it translates into sudden movements that are the earthquakes we are seeing now,” he explains. Because, in addition, when a plate moves, the surrounding ones also move. And that causes a sequence of several earthquakes in a row. This is what is being experienced in the city of Granada and its periphery these days. One movement generates another, up to, in this case, overcoming more than 100 earthquakes in 10 days. The one with the highest intensity, 4.4 degrees on the Richter scale, occurred last Saturday. This Tuesday morning there were at least nine, one of them above three degrees. This past night there have been two more earthquakes, both located in Santa Fe, of 4.3 and 3.9, according to data from the National Geographic Institute.

In Granada and its metropolitan area there is concern, but in fact, it is only the proximity to the surface, between 3 and 10 kilometers, that makes them so perceived. Its intensity, in fact, is rated as small or moderate. You have to be scared after six, rather seven. Jesús Galindo explains that, in reality, this sequence of minor earthquakes is the best thing that can happen, given the circumstances. The first of these circumstances is that the triangle formed by Grenada, the Alboran Sea and the Moroccan Rif is a seismic zone because it is the place where the Eurasian and African plates meet. The second circumstance is that the plates as such are rigid, says the researcher, and it is at the limits of those plates that movements occur.

For this reason, on land, on plates of constant activity, “it is better to suffer from time to time a series of small earthquakes than to have a great period in which nothing breaks and energy accumulates inside the Earth, because then it will jump suddenly ”, he says. Many small earthquakes can avoid a large one. Before the current sequence, Granada experienced another swarm of earthquakes in October 2018. It is not foreseeable, Galindo explains, that the earthquakes in the area of ​​Granada and southern Spain will reach the intensity of those that occur in Chile or Japan, for example .

Jesus Galindo Zaldívar, Professor of Geodynamics at the University of Granada (UGR) and deputy director of the Andalusian Institute of Earth Sciences (UGR-CSIC mixed institution), directs or participates in research groups that, using geodesy, geophysics and geology, analyze the movements of the plates on the surface and their impact in depth. Its objective, among others, is to bring science closer to the possibility of predicting earthquakes.

Earthquake prediction, not so far

It is not yet possible to anticipate when an earthquake will occur, but it is possible to know how intense it will be if it occurs. “Right now we are trying to recognize what are the maximum magnitudes that can occur in each fault. In Granada, for example, these maximum magnitudes would be five degrees and, in some cases, six. That’s the most we can now predict ”.

The objective is, says the researcher, to get to know what is the maximum deformation that each failure supports. “It would allow us to advance further in the prediction. Thanks to geodesy, we can now measure on a surface of many kilometers with precision of one millimeter what is the movement of a plate, know the pattern of its movements on the surface and how this is going to be reflected in the movement in depth ”.

The next step will be, he explains, to know the maximum degree of deformation that each failure supports, something that is not possible yet but will come. Therefore, although it is not yet possible to predict when an earthquake will occur, Galindo Zaldívar is sure that it will. And he explains it with the evolution of meteorology: “Years ago the meteorologists could only tell us that it would rain in winter and now they tell us the exact time it is going to rain.” For this, yes, he says, more research projects and more investment are necessary.