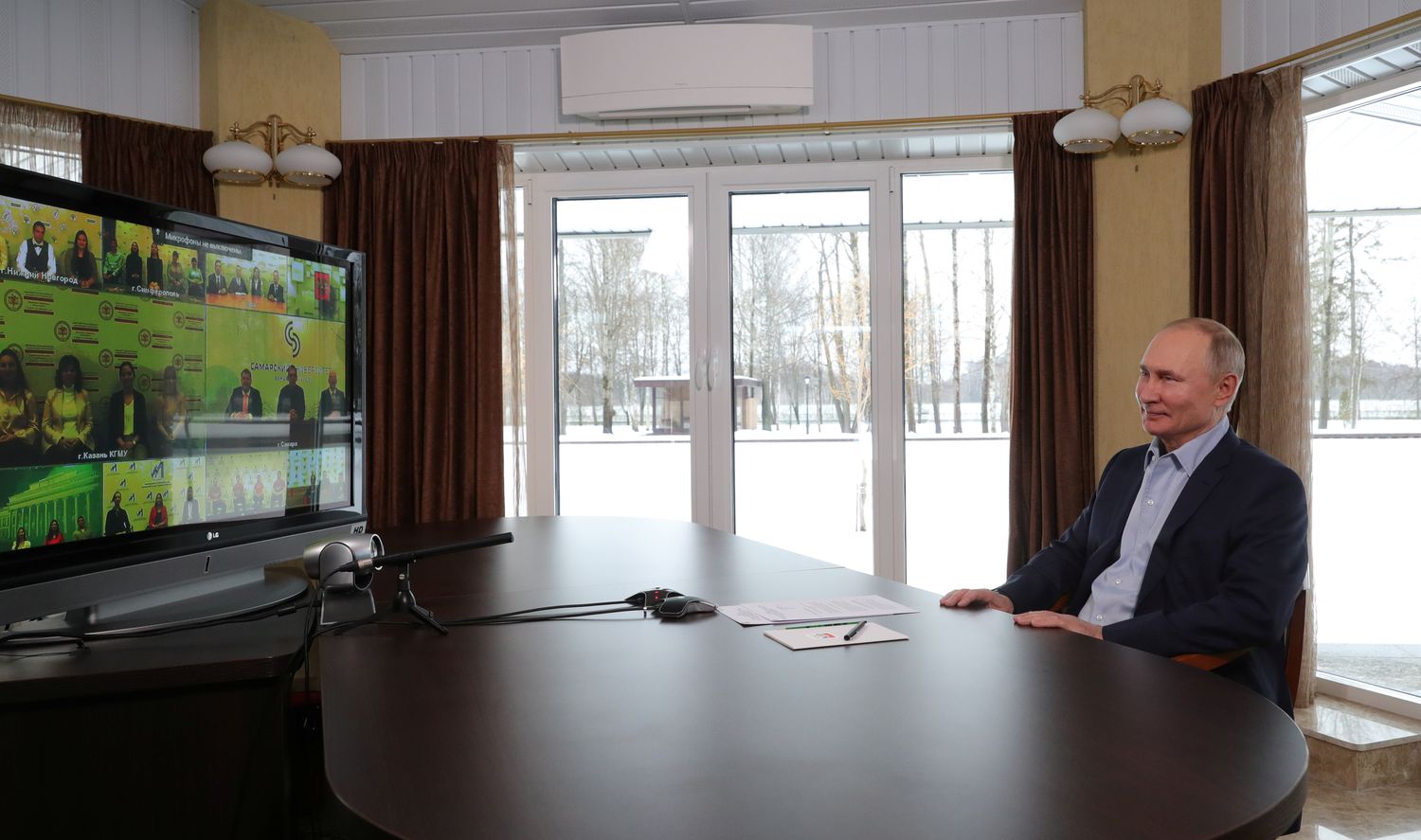 Russia will send Mexico 24 million vaccines against the coronavirus in the next two months. This was announced by the president, Andrés Manuel López Obrador, after holding a phone call this Monday with his Russian counterpart, Vladimir Putin. The Russian president has wished a speedy recovery to the Mexican president, who announced on Sunday night that he had been infected with covid-19. “The issues of countering the spread of the coronavirus infection and ensuring epidemic security were thoroughly discussed,” the Kremlin said in a statement. The conversation also spoke of training Mexican doctors in Russia, the bulletin reads.

“He was genuinely affectionate,” López Obrador commented. “I invited him to visit Mexico,” he added. The phone call with the Kremlin came just hours after López Obrador’s positive diagnosis was made public and three days after having a phone conversation with the new US president, Joe Biden. Despite the contagion, the Mexican Executive has answered the call, which was a priority due to the issue of vaccines. They also spoke about the relationship between the two countries, although there were no more details about the issues that were discussed. “I saw the president very well, with a resolute spirit, working and with a good demeanor,” said Marcelo Ebrard, Secretary of Foreign Relations, who described the call as “cordial and successful.”

The shortage of Pfizer’s vaccine, with whom Mexico has a contract for more than 34 million doses, has forced the Latin American country to seek other options to continue with its vaccination campaign. This plan B will rely, above all, on drugs that may arrive from Russia. Between this Monday and February 12, it is planned to receive a million vaccines, of which 900,000 will be from Sputnik V. That first calculation took into account the acquisition of 7.4 million doses of the Russian vaccine, if The shipments agreed on this Monday will be three times more doses.

The announcement has been made, despite the fact that the Russian vaccine has not yet been approved in Mexico, so it is expected that in the coming days the bureaucratic and sanitary process that allows its purchase and distribution will be accelerated. The signing of the contracts is also missing. The Russian government had requested authorization since mid-December to hold the last phase of clinical trials in the Latin American country.

As early as September, Russia had announced its intention to send up to 32 million doses to Mexico. In November, the magazine Nature public that the Russians had not made their research protocol public and in the previous months there was a controversy over accusations that Sputnik V had been tested on very few volunteers before moving on to the last phase of clinical trials, that is, that it was he had skipped phases of the process. Hugo López-Gatell, Mexican spokesman for the pandemic, had expressed his doubts about the lack of corroborated evidence in the West and traveled earlier this year to Argentina, where the drug is already being administered, to speak with a Russian delegation. Two weeks later, the Mexican government announced that the deal with Russia was practically closed.

Vaccines arrive at the worst moment of the pandemic in Mexico. The country accumulates more than 1.7 million confirmed cases and is close to 150,000 deaths from covid-19, still suffering the ravages of the festivities of the Christmas season and battling with the wear and tear of the economy in recent months. Since there was a clear group of leaders in the race for the vaccine, Mexico opted for a diplomatic deployment that would allow it to have the greatest number of options open and expects to administer at least four vaccines in the first quarter of 2021: that of Pfizer, the Sputnik V, CanSino’s and the one developed by AstraZeneca with the University of Oxford.

Sputnik V, developed by the Gamaleya Institute (public), was the first vaccine to be registered in the world. Its name, which refers to the first satellite to launch into space and with which the Soviet Union overtook the United States in the space race. It reports 91% effectiveness, it needs to be applied in two doses and more than 50 countries have contacted Moscow to have access to it, although it has only been approved for less than a dozen.

The Secretary of Health, Jorge Alcocer, directly supervises the care of López Obrador, 67. The president himself, who suffers from hypertension and suffered a heart attack in 2013, has said that his symptoms are mild and that he will continue to attend to his functions remotely. Meanwhile, several members of the Cabinet are waiting for results to know if they have been infected. Since the weekend, the president has been in contact with at least half a dozen secretaries of state and the governors of Nuevo León and San Luis Potosí.