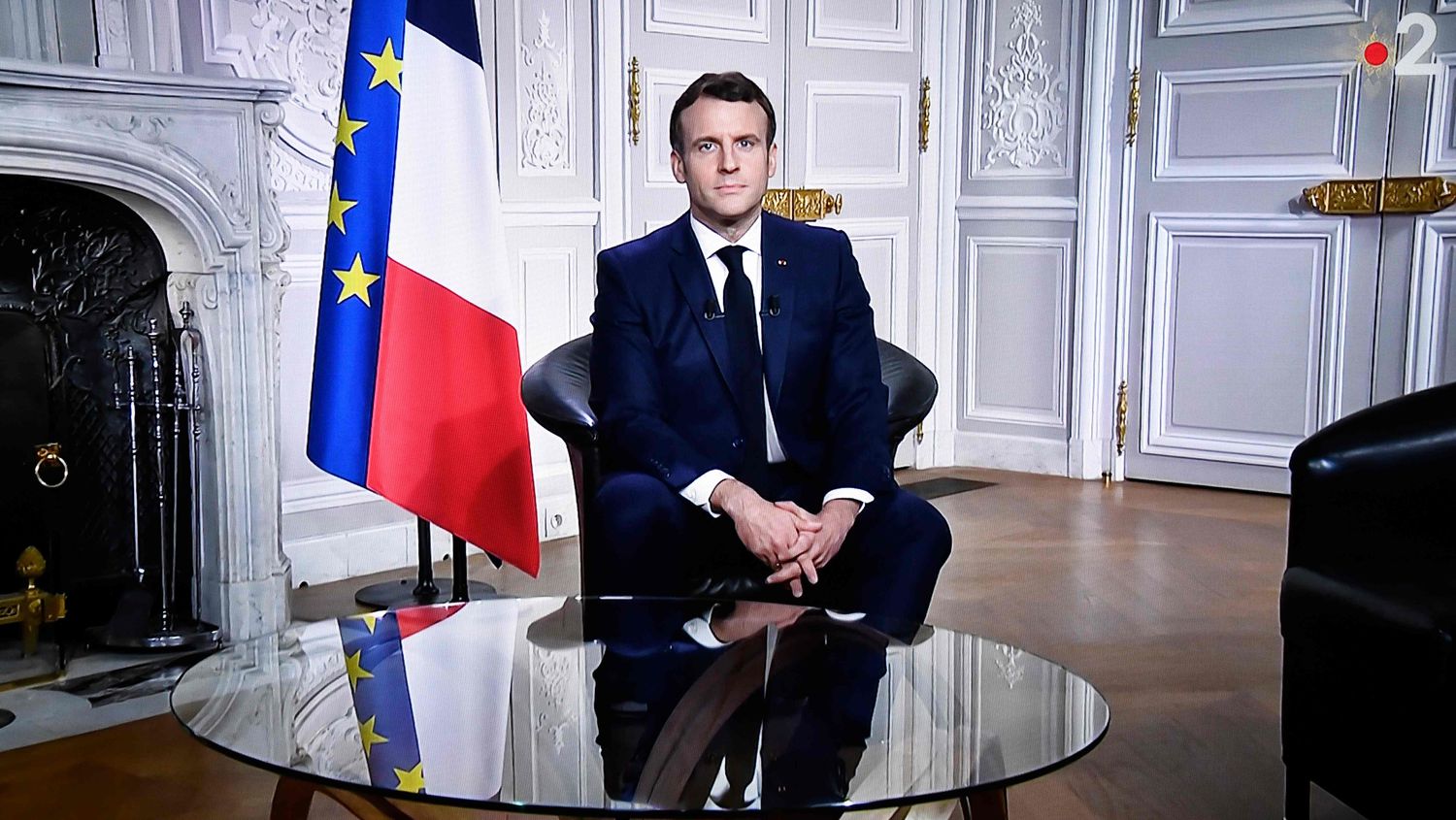 The harsh, and also unanimous, criticism for the slow start of vaccination in France has not been a good start to the year for the Government and that is, above all, bad news for its president. Emmanuel Macron has left this 2021 to consolidate his mandate and stay, as he is expected to seek to do although he has not yet formalized his candidacy, beyond 2022, at the head of a France that the pandemic has left more impoverished, that feels again vulnerable after the recent jihadist attacks and remains deeply divided.

“Reconciliation is not decreed. My combat is not trying to reconcile with appeasing words, the French know that it is not only words that will reconcile them, but action, ”Macron defended himself in an interview in December in L’Express. But for this “action” he does not have much time left – there are already less than 500 days until the electoral appointment – and he does have many pending tasks, beyond the battle against the pandemic, which will still last for months. And every gesture you make from now on, every step you take, will be scrutinized more carefully than ever.

He saw it well in one of his first institutional outings of the year. Although the Elysee assures that it was a tribute as it has done to so many other predecessors in office – mostly conservatives – its participation last Friday in the ceremony for the 25th anniversary of the death of the socialist François Mitterrand, has been criticized as a An attempt by the “president neither of the left nor of the right”, as he has defined himself, to wink at a left-wing electorate that supported him in 2017, but who feels partly abandoned. “He promised to be both left and right, and has been right-right. The leftist voter that I am does not recognize himself ”, he told The world the writer Philippe Besson, a close friend of Macron.

Among the turns to the right that are criticized are, among others, some parts of its regulations against Islamist separatism, finally baptized as a “bill that reaffirms republican principles” and which must now be discussed in the National Assembly, or the global security law and its controversial article 24, which seeks to limit the dissemination of images of law enforcement officers. His presentation provoked strong protests, also from the press, which coincided with the revelation of several police violence scandals uncovered thanks, precisely, to citizen cameras. A controversy that has led the Government to promise a rewrite of the article.

In this term there has been an “unprecedented phenomenon in the history of presidential popularity in the Fifth Republic: a change in the electoral base,” he analyzed in Le Figaro the deputy general director of the Ifop survey company, Frédéric Dabi. If in 2017 Macron’s electorate “came mainly from the left”, the 2019 European elections, he explains, confirmed the “slippage” of votes. “The leakage of a part of Macron’s presidential electorate (40% no longer vote for his party) were offset by gains from voters from the right,” he adds.

It is not just the voters who have this feeling: last year, La República en Marcha, Macron’s party, which still has not consolidated its territorial base, lost an absolute parliamentary majority after the defection of several deputies disenchanted with government policies, who seek to gain ground on the favorite issues – security, immigration – of the right and especially of the far right. There, after all, is the only clear rival so far for 2022, the leader of the National Regrouping, Marine Le Pen, whom the polls once again place in a face-to-face with Macron in a second round in 2022 .

Political scientist Roland Cayrol warns that it is too early to bet on a new Macron-Le Pen ending as in 2017. “There is a law that has always worked so far: a year and a half after a presidential election, when the French are asked Who are they going to vote for, they place two people in the second round. It has never happened that these two people arrive, something totally unforeseen always happens in the last year of the campaign, ”he says. Macron himself announced his candidacy for the Elysee in November 2016, just five months before the elections that he ended up winning.

What if that unforeseen event was now that Macron is not running for re-election? “He may not be a candidate, he may have to do things, in the last year, in the last months, hard, because circumstances demand it, and that make it impossible for him to be a candidate,” he told Brut digital in December. Although it is not a possibility that he takes his own team very seriously – there is no plan B – the truth is that Macron faces a very complex panorama this last year in office, with the challenge of reactivating the economy, without neglecting that reform program that prompted him to the Elysee and that his environment ensures that it continues in spite of everything.

The elephant in the room, as the Anglo-Saxons say, is the pension reform, which after the strong protests of the yellow vests in 2018 caused, by presenting at the end of the following year and until the pandemic, the largest demonstrations against the Government and a historic public transport strike that paralyzed large cities for a month and a half. Despite this, Macron insisted on promoting it and only the coronavirus forced him to suspend it, last summer, without since then he has openly mentioned it again (he did not even cite it among his priorities in his year-end speech).

Just in case, Philippe Martinez, general secretary of the CGT union, has already launched an ad. “If to reduce poverty, restore purchasing power and safeguard employment, the Government considers that the only solution is to reform pensions, it plays with fire and makes a very risky bet. Much ”, he warned in the Sunday newspaper, in which he announced new protests because “there is a lot of anger regarding the social situation and for health.”

The difficult search for a counterweight to Macron’s left

Despite the disappointment, Macron still has, according to a recent Ifop poll, a non-negligible left-wing constituency, underlines the institute’s deputy director general, Frédéric Dabi. Up to 34% of leftist supporters approved of his management in December and 30% said they were satisfied with him. But that satisfaction is more circumstantial than linked to the figure of Macron; those voters could desert it, warns. The problem: the lack of a leadership on the left for that vote. The majority of voters on the left repeat their preference for a single candidacy (72% in November). But only for the Socialist Party are the possible names multiplied – among them, the mayor of Paris, Anne Hidalgo. And the Socialists reject a pact with Jean-Luc Mélenchon’s Insubordinate France.