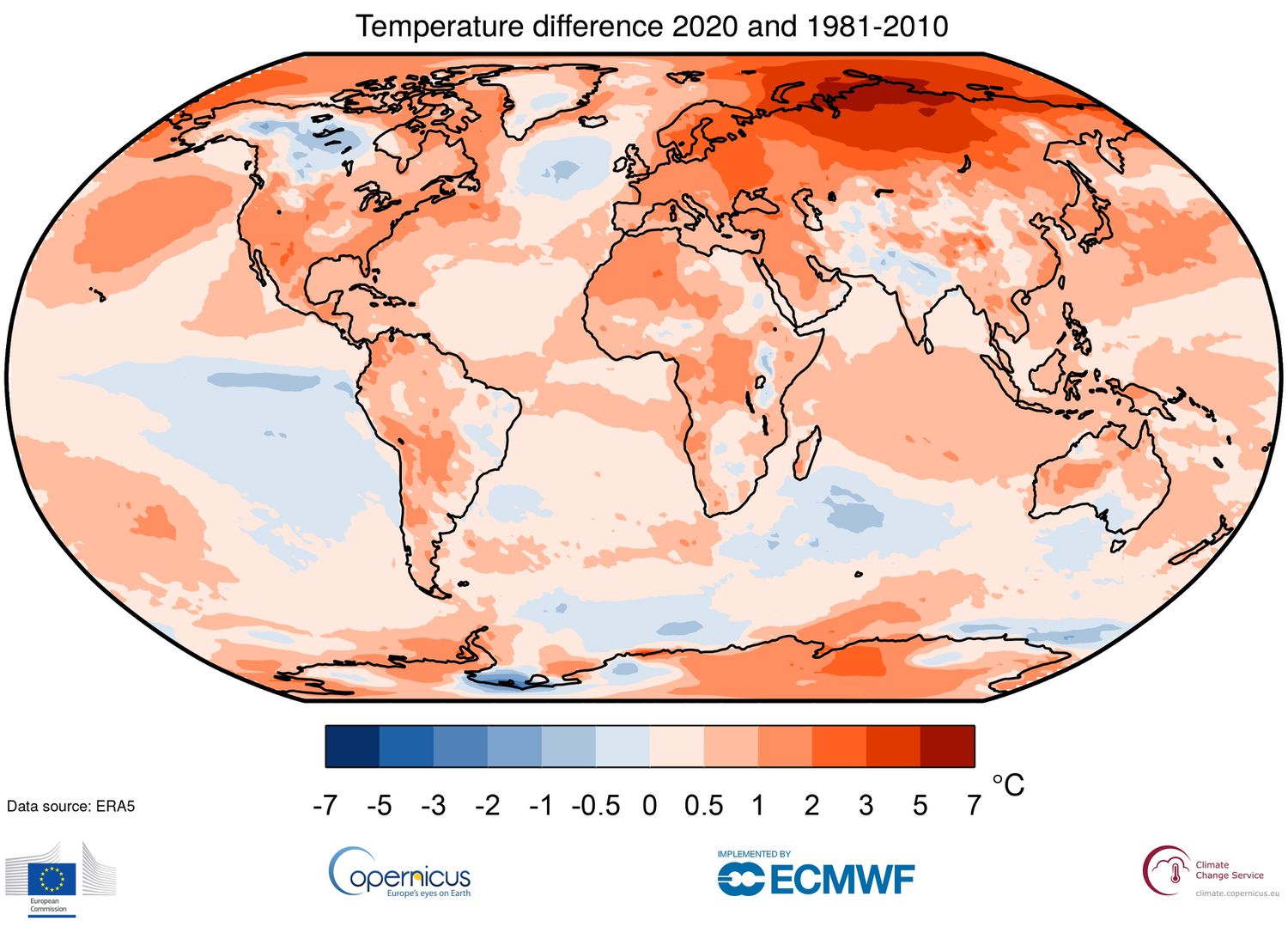 The snowfalls of these days in Spain do not change the clear trend on the planet towards an increasingly hot climate: according to announced this friday the European Earth Observation program Copernicus, the year 2020 that just ended was the warmest in Europe on record and would equal the 2016 record as the warmest on a global scale.

How can it snow like this and at the same time get warmer and warmer? The snow that is falling in many parts of the country has to do with the weather (the atmospheric state at a specific time and place), which changes every day and can vary between suffocating heat and freezing cold. However, when scientists warn of global warming, they refer to the climate (the average of daily temperature values, rainfall … in a given place over a long period of time) and here the trend leaves no room for doubt: According to Copernicus measurements, the last decade has been the hottest in the world in recorded history and the last six years have been the hottest.

This occurs due to the increase in the concentration of greenhouse gases in the atmosphere. As the Copernicus Climate Change Service also pointed out this Friday, the concentration of CO₂ continues to rise at a rate of 2.3 parts per million (ppm) per year and in 2020 it reached a maximum of 413 ppm.

The World Meteorological Organization (WMO) had already warned before the end of the year that 2020 would be among the three hottest on record, along with 2016 and 2019. Now, Copernicus ensures that 2020 equals 2016 as the hottest and highlights that this is especially notable for the second half of the year coinciding with the La Niña phenomenon, normally associated with colder conditions.

In the case of Europe, the Climate Change Service of this European program considers that 2020 was the hottest year since there are records, with 1.6 ° C above the mean of the reference period 1981-2010 and 0.4 ° C above 2019, which until now had been the warmest on this continent. According to Copernicus data, the largest temperature difference in the year compared to the 1981-2010 period occurred in the Arctic and northern Siberia, with 6 ° C above average.

The communication made this Friday does not refer specifically to Spain. However, the State Meteorological Agency (Aemet) gave some data a few weeks ago that it is not bad to remember now that minimum cold temperatures are being beaten. After analyzing temperature records from 2011 to 2020 at 80 stations across the country, meteorologists found 1,430 marks related to heat and 79 to cold. In other words, 95% of the records that are registered in Spain are warm and only 5% cold. Or what is the same, as the Aemet influenced then, for every cold record in the last decade in our country there have been 18 warm ones.

Regarding the global situation again, the Copernicus program recalled that despite the reduction in emissions that cause climate change due to the pandemic in 2020, this does not prevent the concentration of these gases in the atmosphere from continuing to increase. “Although carbon dioxide concentrations have risen slightly less in 2020 than in 2019, this is not cause for celebration. Until global emissions are reduced to zero, carbon dioxide will continue to accumulate and drive climate change, ”said Vincent-Henri Peuch, director of the Copernicus Atmospheric Monitoring Service.

“The extraordinary weather events of 2020 and data from the Copernicus Climate Change Service show us that we have no time to lose. We must come together as a global community to ensure a just transition to a zero-emissions future. It will be difficult, but the cost of inaction is too high, ”said Matthias Petschke, Director of Space at the European Commission’s Directorate-General for Defense Industry and Space.

To know the most important news of Climate and Environment of EL PAÍS sign up here to our newsletter weekly.