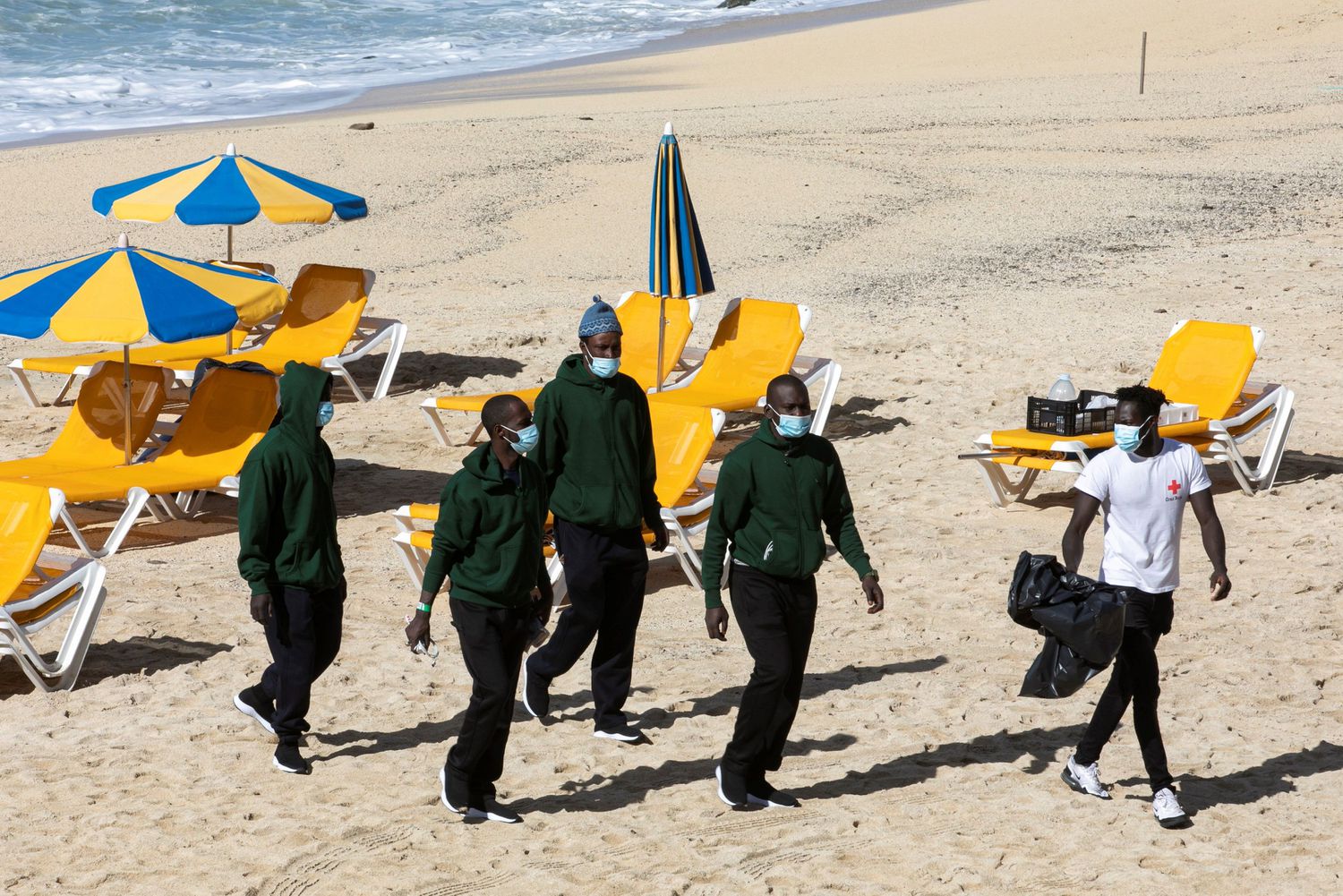 In the year of the pandemic, migration to the European Union has bottomed out, with figures never seen since 2013, before the effects of the Arab springs began to be felt, the descent into chaos in the Syrian war and Libya, and the ensuing refugee crisis of 2015, which placed Brussels at one of the biggest chasms it has ever faced.

In 2020, the number of people detected at the external borders of the community club totaled 124,000, 13% less than the previous year, “largely due to the impact of the covid-19 restrictions established by several countries,” according to a statement with preliminary data published this Friday by Frontex, the European Border Agency. The biggest drop occurred in the Eastern Mediterranean, where there were 17,000 border crossings that the European agency describes as “illegal”.

Syrian nationality is the main one among newcomers to the EU, followed by Tunisians, Algerians and Moroccans. The latter have had a great impact through the route to the Canary Islands, in which there has been an enormous migratory increase, until registering “record figures”, according to the statement, unprecedented in the history of Frontex, which goes back to 2009. In total, 22,600 people were detected through the so-called West African route to the Canary Islands, a number that multiplied by eight the arrivals in 2019.

The dangerous road to Italy from the 2,000 kilometers of Libyan coast, a country still bored by misrule and the power of the militias, added to the departures to Europe from the beaches of neighboring Tunisia, whose increase has been “pronounced” in 2020, according to Frontex, have caused the figures to triple on this Central Mediterranean route. Some 35,600 people used this journey, traversing the sea in small wooden shells and flimsy plastic boats, making it the most active route of entry into the EU.

For Maria Foresti, director for Europe of the Overseas Development Institute (ODI), the impact of the covid has been key. “Getting to the coasts of Africa has probably been more complicated, because the countries of this continent have closed their borders and the movement of people has stagnated,” he says.

Foresti frames the 2020 figures within a trend of gradual decline that already existed before the pandemic, as a result of the restrictive EU migration policies implemented after the 2015 refugee crisis. And another parallel trend of proportional rise in the death toll, as the situation forces us to take more risks and look for more dangerous routes.

“The formulas to enter legally have been limited and this has been combined with other interventions such as support for the Libyan coastguard,” he explains. Since 2017, the EU has had agreements with Tripoli to curb the departure of migrants, a measure harshly criticized by the UN and NGOs, as it returns them to an “unsafe” port, in violation of international laws, where they are held in immigration centers. detention in infamous conditions.

The relationship between covid and migration, however, is not entirely clear. One of the explanations from Brussels for the increase in people on the route to the Canary Islands is due to a worsening of the economic situation in some African countries. But, according to the expert Foresti, the economic blow of the pandemic will probably also cause a decrease in trips in search of the European dream: those who migrate are those who manage to gather resources with which to undertake the odyssey and, at the same time, a An impoverished EU with rising unemployment rates and fewer available jobs “will become a less attractive destination,” says Foresti.

The situation poses an uncertain future in many productive sectors in which migrants perform jobs classified as “essential” during the health crisis, often those that are lower paid and that require fewer qualifications, or directly relegated to the underground economy. One more challenge to take into account from the EU, which this year has proposed to approve an ambitious migration package, which still does not satisfy even the front-line countries, such as Spain and Italy, and to begin with the deployment of its own police force at the external borders.

The report prepared by Frontex also confirms a change in the migrant’s profile in 2020: one in 10 are now men (while in 2019 women were 25%) and the number of minors has fallen more or less in this same proportion.