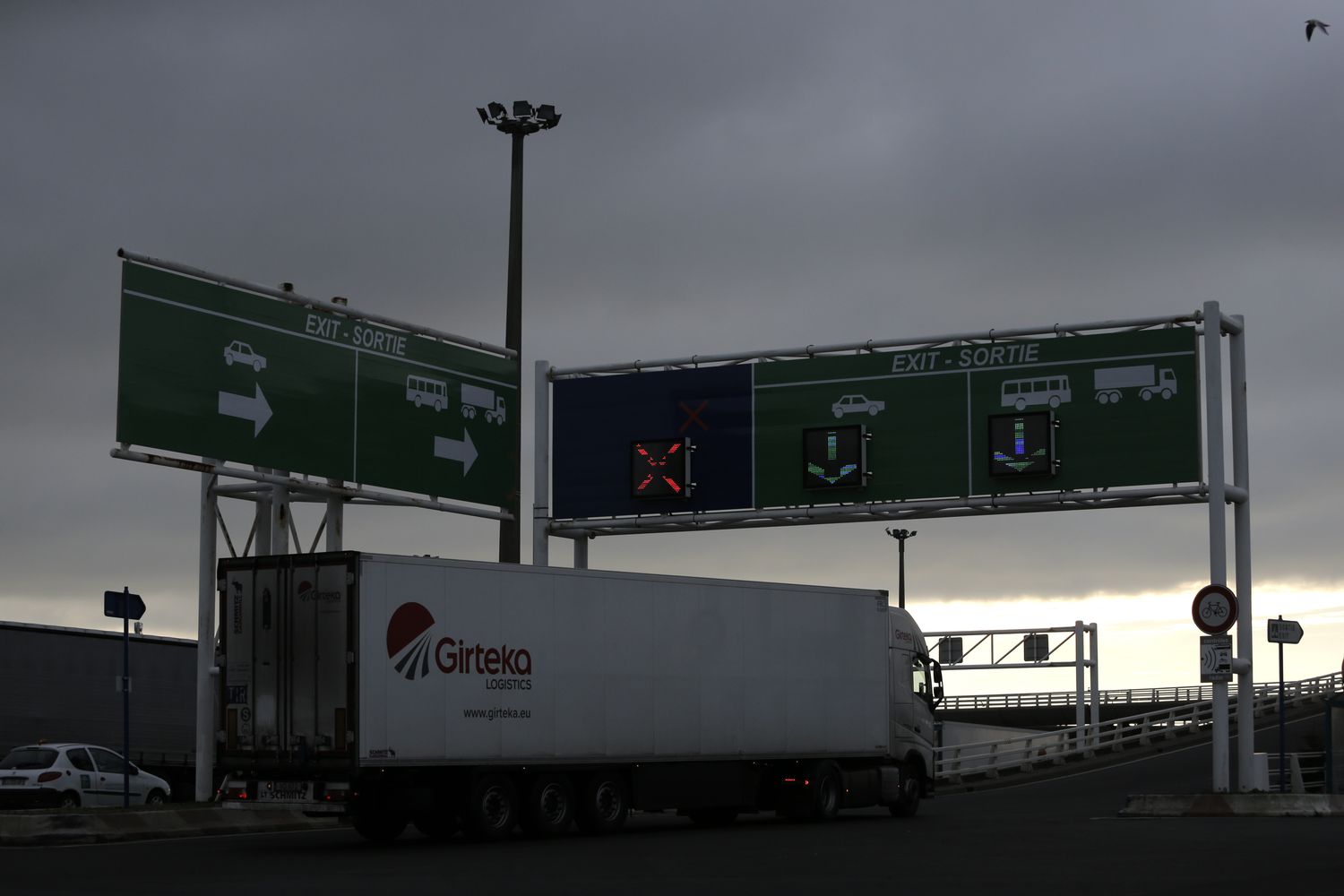 The entry into force of Brexit with the arrival of the new year has not meant, at least for the moment, a dreaded blockade at the new borders. Almost 200 trucks managed to cross the Eurotunnel that connects the United Kingdom with France “without any problem”, according to the company that manages it. Also the mayor of Calais, Natacha Bouchart, has assured that the city that is the main maritime passage for goods and people between the European continent and the British Isles is “ready” for this new era, although no one on the French side is exactly happy for the British divorce.

“I think it is a failure to go backwards after 47 years of construction and exchanges, we do not assume it with a party spirit,” Bouchart acknowledged in statements to the RTL station. The councilor explained that she witnessed the arrival, this past first night of Brexit, of the first trucks bound for British territory and, therefore, from now on, subject to controls and customs formalities to comply with the safety and health standards that required by the destination country, as agreed at Brexit. “We watched with our hearts in our hands the passage of the first truck of the post-Brexit era. It represents many years of preparation, of transformations ”, he recalled.

Still, he said, there is “relief” to know that there is at least one agreement that will regulate the first divorce from the EU. Some 7,000 trucks pass through the port of Calais every day from or to the UK. From now on, they will have to undergo customs and veterinary controls. “We are ready, the port is ready, the tunnel is ready, the territory is ready,” said Bouchart, who expressed his hope, however, that the carriers “have the reflection of having all the documents ready to avoid blockages and loss. time ”at customs points.

On this first day of the year and the consummation of Brexit, “the traffic has been quite intense for an exceptional and historic night, but everything has gone well,” a spokesman for Getlink, the company that manages the Eurotunnel, told the Agency. France Presse. “All the trucks had completed the formalities well,” he added.

In the morning the first ferries from the United Kingdom also began to arrive at the port of Calais. The president of the port, Jean-Marc Puissesseau, had declared himself “serene” the day before about the new management of maritime traffic. After all, he said, “for three years we have done everything possible to prepare” for Brexit, which is already a reality.

Around 70% of trade between the UK and the EU goes through the French ports of Calais and Dunkirk. It is, says AFP, an average of 60,000 passengers and 12,000 trucks a day.

On the other side, in the port of Dover, there was also tranquility at the beginning of a new era after the United Kingdom completed its separation from the European Union. A truck in charge of the transporter Slavi Ivanov Shumeykov was the first to start this new stage by passing in the town of Folkestone, in the southeast of England, the Eurotunnel controls at the time the rupture materialized, reported the Efe agency.