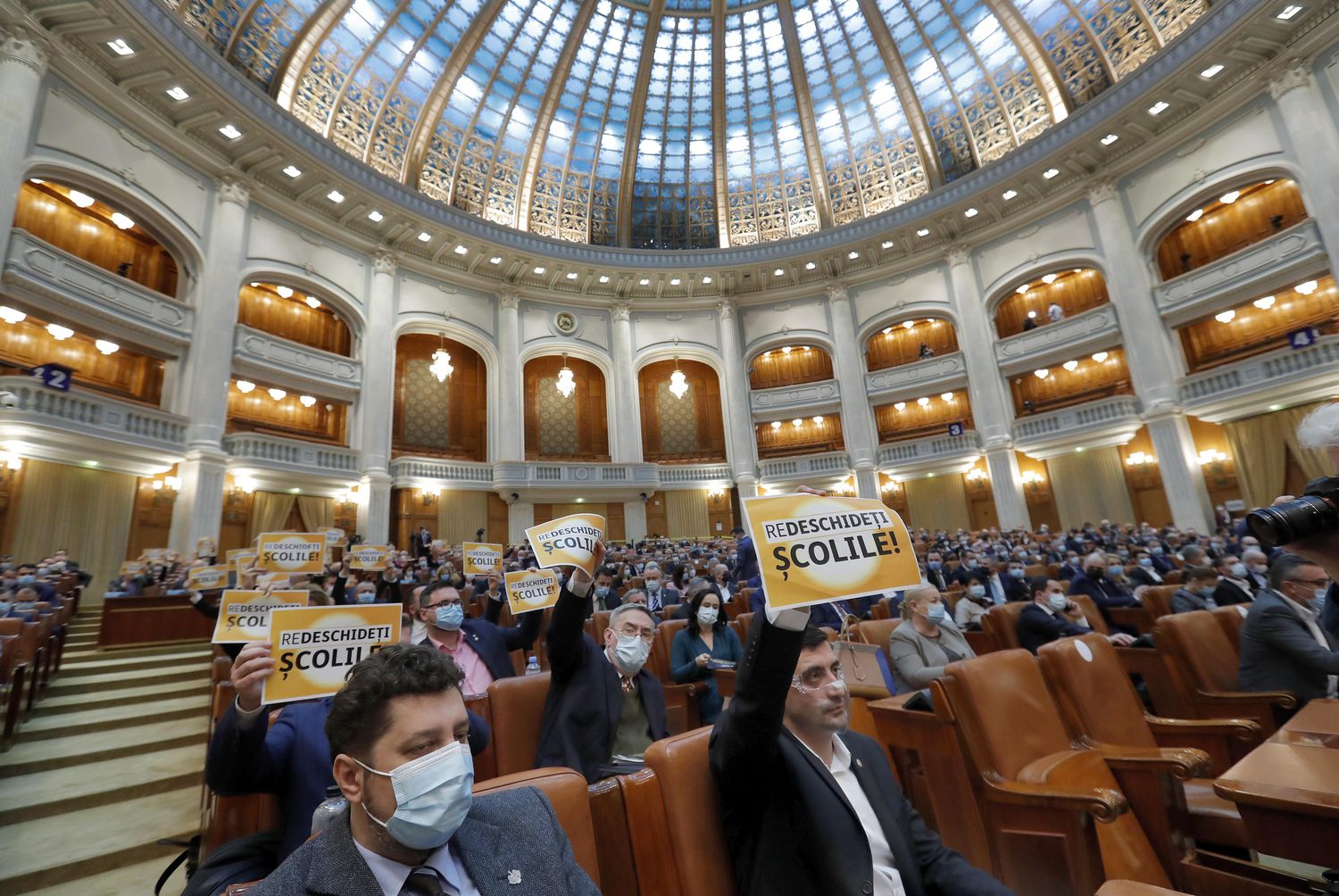 Until the general elections on December 6 in Romania – which the Social Democrats won – few had heard of the Alliance for the Union of Romanians (AUR, which means gold in Romanian). That night, this far-right party perplexed public opinion by emerging out of nowhere – it was founded a year ago – to sneak in as the fourth political formation in Parliament, after reaping more than 9% of the votes (half a million of ballots).

“We will start a conservative revolution,” proclaimed Claudiu Tarziu, 47, co-president of AUR – which he describes as an “anti-system” formation – after knowing the results in elections in which participation barely reached 32%, the lowest since the fall of the Stalinist regime of Nicolae Ceausescu 31 years ago. This abstention, without a doubt, has facilitated the emergence of AUR in the political spectrum with traditional values ​​of family, homeland, Christian faith and freedom. “Until now, post-communist Romania had not had a true conservative party,” criticizes Tarziu, referring to the National Liberal Party (PNL), which came second in the legislative elections (25.2%), behind the victorious Social Democratic Party (PSD ), which totaled 28.9%. Despite the results, the country will ultimately be governed by a center-right coalition (the centrist USR-PLUS alliance and the Hungarian minority party, UDMR), led by Prime Minister Florin Cîțu of the PNL.

Regarding the rise of AUR, Romania was so far one of the few EU countries that did not have a far-right political force with parliamentary representation. The training was imposed in some rural areas of the East. However, the biggest surprise occurred in Italy, where it was the first choice of expatriates, and it became the second most voted force in Spain, where it has 35 branches spread throughout the territory, according to the party itself. “We are going to have to get used to this ultra formation; it will resist, since it is the only anti-system party on which the discontent of society will fall, ”says Gelu Duminica, a sociologist at the University of Bucharest.

With a meager budget of a quarter of a million euros, its leaders planned a winning campaign: they went by coach to the main squares of the most disadvantaged towns to transmit the message of “political salvation”; and they launched an aggressive campaign on Facebook with conspiracy theories about the restrictive measures that the previous government took to combat the spread of covid-19. A disease that has taken the lives of 15,469 people in Romania and has infected 623,066, according to the Romanian Strategic Communication Group.

In a country where the Orthodox Church and the Armed Forces enjoy the greatest confidence of the citizens, AUR also managed to mobilize the nest of radical Orthodox priests who denied the pandemic, who spread hoaxes about Bill Gates, whom they accused of wanting to implant a microchip with the vaccine against covid-19, but also to former Army commanders. They did so with speeches reminiscent of the Russian narrative: nationalism, homophobia, xenophobia, Orthodox Christianity and sovereignty. “They brand us as a creation of Russia, the secret services of Romania and even Trumpists; nothing is true, ”says Tarziu.

During the pandemic, AUR organized large protests against the use of masks precisely in areas where disillusionment with the country’s main parties prevails. The previous liberal government focused on helping large companies and investors more than small entrepreneurs. “The NLP reacted in a chaotic way when it realized that it was falling in the polls. It opened markets so that modest income farmers who earn on weekends weren’t tempted to vote for AUR. But he was late, ”explains Duminica.

Despite the fact that Tarziu, who has worked as a journalist in different national media such as Cotidianul affirms that it was only about demonstrations in favor of the freedom of choice to wear masks, Sorin Lavric, president of the internal senate of AUR – an endogamous and close to fascism institution that imitates the old legionary parties of the extreme right of the 1930s in Romania— declared that the masks are “useless”, “mutilating” and “a sign of obedience”. The sociologist Duminica explains that citizens “have lost trust” in traditional leaders and feel “abandoned”, so they “have sought [en AUR] their saviors.

This rise of the far right went completely unnoticed by the media, absorbed by the pandemic, political struggles and corruption that continues to weigh on one of the weakest economies in the European Union. “Due to covid-19 we have not done our work on the ground; we have not captured the political pulse of the campaign ”, laments Cristian Pantazi, journalist of the portal G4Media.ro.

In fact, a man who voted for AUR and who prefers to remain anonymous now regrets his choice and criticizes the lack of information about the ultra formation. “We barely had information about the party until after the elections, when the media began to analyze its program and talk about its leaders. I voted for them out of political disaffection, but I was unaware of their position against homosexuality and abortion ”, he illustrates. Far-right leaders are openly hostile to same-sex marriage, abortion rights and the EU. They also oppose the Hungarian minority and advocate reunification with the Republic of Moldova.

Despite his visible Euroscepticism, Tarziu reveals that AUR intends to join the Group of European Conservatives and Reformists (ECR) in the European Parliament, which hosts VOX, Brothers of Italy and the Polish Law and Justice (PiS), among others.