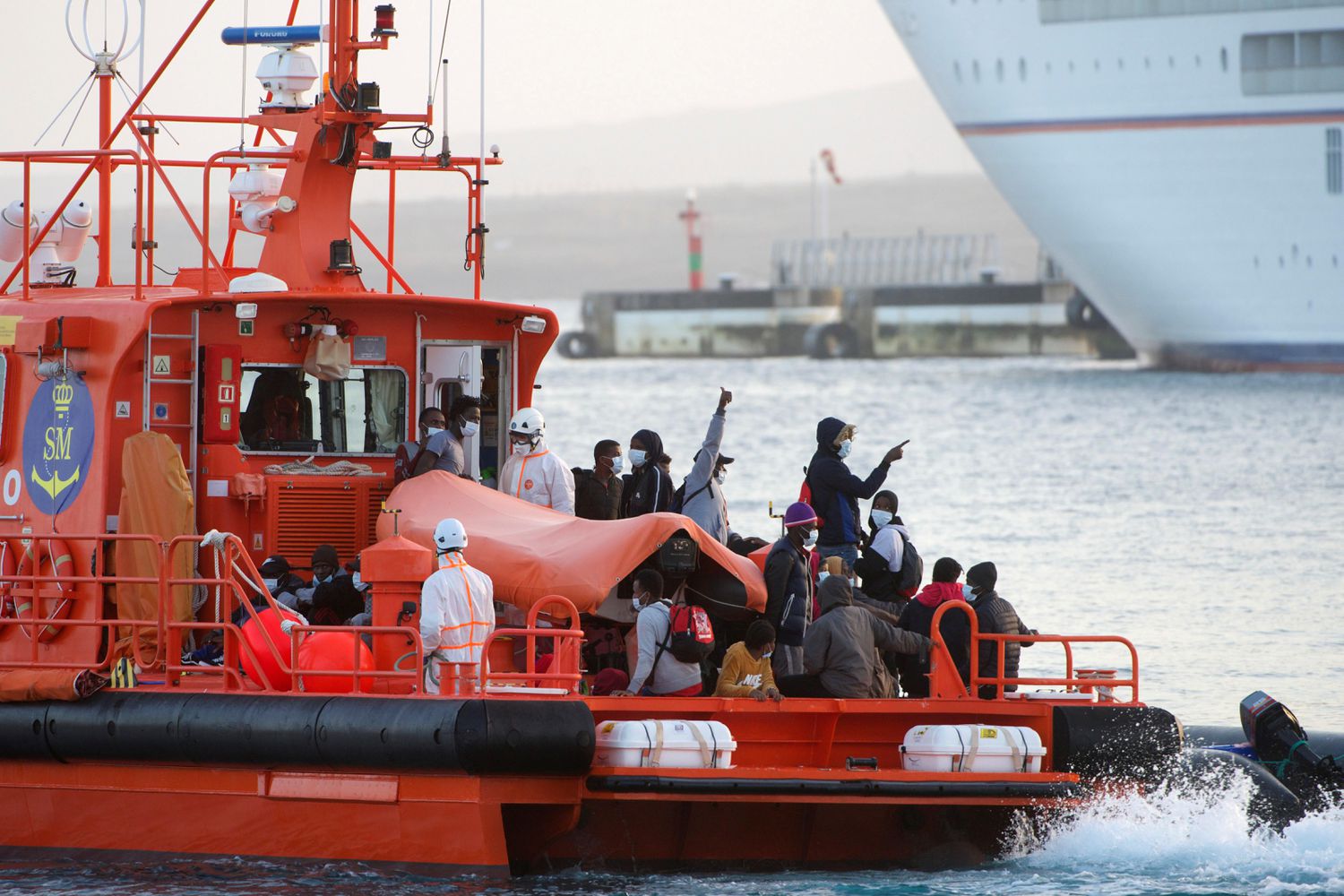 More than 400 migrants arrived on the Spanish coasts during the last weekend of 2020, the majority to the Canary Islands. Saturday, December 26, was the day that registered the largest influx, when 236 foreigners landed on the coasts of the archipelago that has received unprecedented migratory pressure this year since the so-called cayuco crisis broke out in 2006. Until December 15, 21,452 immigrants had arrived in the Canary Islands by sea, which represents an increase of 889%, compared to the 2,168 that were recorded in 2019, according to data from the Ministry of the Interior.

Five boats with a total of 159 migrants on board arrived on the Canary Islands during the night and early in the morning last Saturday. One of them was located around 11:50 p.m. in the south of Tenerife. In the boat were five boys and two minors. At around 7:00 p.m., the Las Palmas Maritime Rescue Control Center sent the guard ‘Polimnia’ to rescue the occupants of two other boats. Between them, there were 78 passengers. All the occupants were disembarked in the port of Arguineguín, a municipality in Gran Canaria that has received the largest number of migrants in recent months.

While this rescue was being carried out, another operation was underway due to the warning of a dinghy sailing towards Fuerteventura. On this occasion, the 32 people on board (25 men and 7 women) were rescued. Two other boats also arrived in the Canary Islands on Saturday.

On Sunday, a cayuco with 51 migrants of sub-Saharan origin was rescued in waters near Gran Canaria. At about 1:30 p.m., the Maritime Rescue Control Center in Las Palmas sent the rescue ‘Alboran’, which confirmed the presence of a cayuco and rescued those who were on board, all men and in apparent good health. Three other boats with 112 migrants arrived the night of that same day to the Canary coasts. On Christmas Day, 19 migrants landed on the Spanish coast. Salvamento rescued 12 others in the Alboran Sea.

The Government has multiplied diplomatic efforts to increase returns and stop the departure of cayucos and boats at source. The increase in the migratory flow to the Canary Islands contrasts with the decrease in the rest of the country. In 2019, the Peninsula and the Balearic Islands received at this time more than 20,000 people who arrived by sea, while this year there were a total of 15,674 people, according to data from the Interior, which represents a decrease of 23.9%.