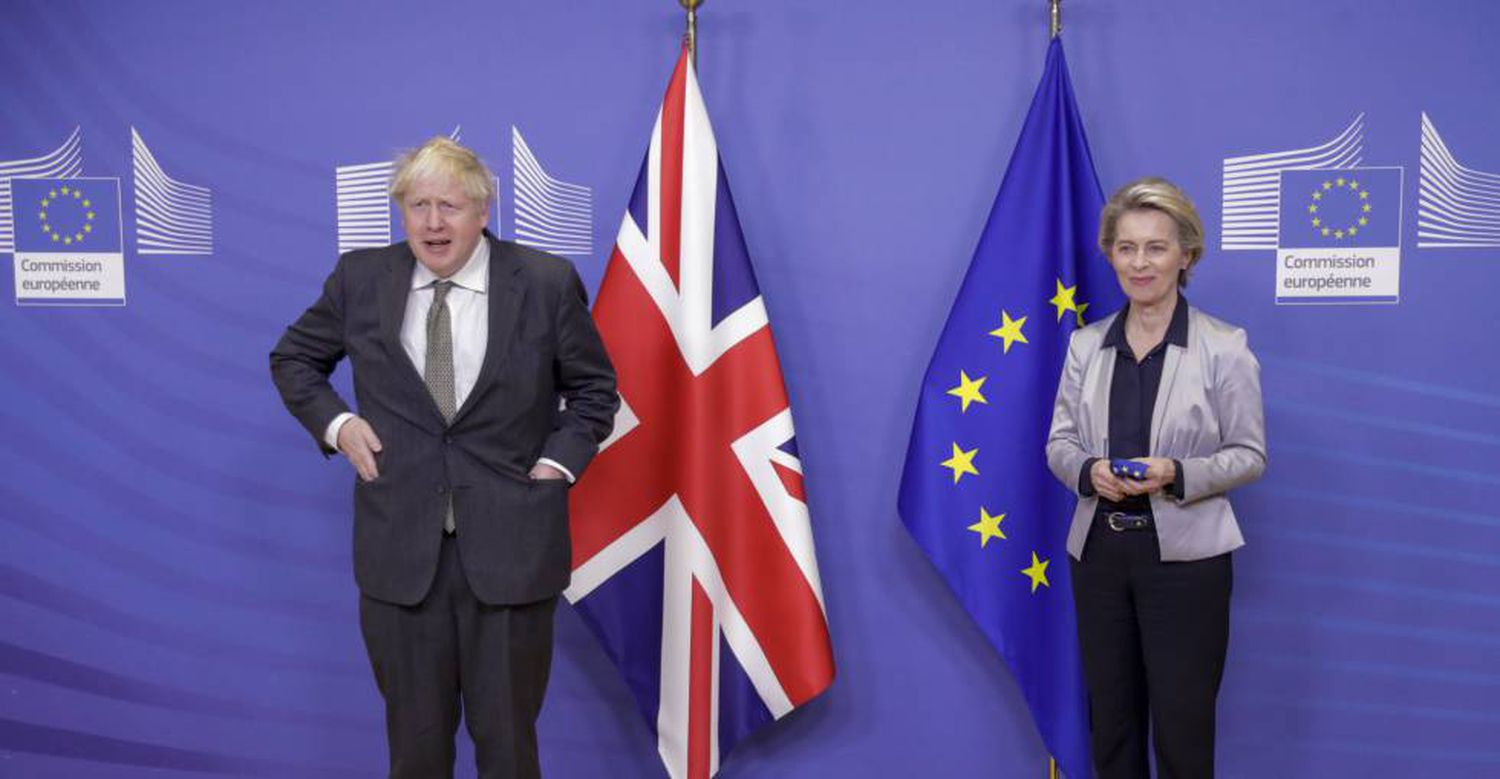 The EU partners, through their ambassadors in Brussels, unanimously agreed yesterday on the provisional application of the agreement that will govern trade relations between the United Kingdom and the EU as of January 1, 2021. The document, the last piece necessary for divorce, try to keep the economic ties between the two parties as much as possible. There will be no tariffs, but businesses will feel the effects of Brexit from paperwork, controls or the supply of transportation.

These are the main points of the pact.

Will there be tariffs? The European Union and the United Kingdom have agreed not to impose tariffs or quotas on their goods. Without the agreement, those taxes would have ranged from 10% for cars to 50% for food products such as beef, pork or lamb, as stipulated by the World Trade Organization (WTO). That would have caused serious damage to consumers and businessmen on both sides of the English Channel.

Does that mean that everything remains the same? No. The UK ceases to be a partner of the EU and leaves the single market. And despite the fact that both parties congratulate themselves on an agreement that they describe as “ambitious”, the companies will be subject to controls and customs formalities to comply with the safety and health standards required by the destination country.

What procedures must be passed? Brussels and London have agreed to simplify customs procedures, but without renouncing them. This means that all EU controls and formalities, including entry and exit declarations, remain in force. However, both parties have reached several regulatory agreements to favor the trade of automobiles, chemical products, medicines, organic products, wine and cultural goods, among others.

How do you avoid unfair competition? Both parties reserve the right to impose retaliation if imports from a country are damaging an economic sector due to an increase in public aid or a reduction in social, labor or environmental conditions. Even so, Brussels and London agree to use a horizontal arbitration system or a panel of experts to resolve these disputes.

What about Ireland? The trade agreement will not apply in Northern Ireland. To avoid a hard border on the island, the protocol signed with the Withdrawal Agreement, which Boris Johnson tried to violate through his new Internal Market law, will be applied in that region. That document contemplates that the border is moved to the Irish Sea to guarantee the integrity of the European single market. In other words, goods entering Northern Ireland from Great Britain should be treated as ‘imports’.

What about services? As of January 1, 2021, the UK will lose its automatic right to offer services across the EU. Companies may even have to establish themselves in the EU or the UK to continue operating, depending on the sector. Both parties have agreed to a broad liberalization in a multitude of services, with exceptions in the areas of public administration, energy or the media. Still, London’s powerful financial industry will notice Brexit by losing the passports Europeans that allow them to provide services across the Union. Large corporations are estimated to have transferred assets of 1.6 trillion euros from the UK to the EU.

What about the energy connections? The energy markets of the EU and the UK are highly interconnected through electricity grids and gas pipelines. London also leaves the European single market and the European Atomic Energy Agency (Euratom). Trade and cooperation will be less efficient, but the agreement guarantees the current interconnections between Ireland and Northern Ireland and Great Britain with France, the Netherlands and Belgium.

What about the 2050 climate goal? The UK will have full capacity to define its policies against climate change. However, the Paris Agreement is a fundamental piece of the pact reached, since its violation may even lead to its suspension. Both parties also reaffirm their ambition to stop relying on fossil fuels in 2050. The United Kingdom will no longer be within the European emissions trading system, but it does not rule out agreeing to fix its prices with Brussels.

Does Brexit affect air transport? Yes. UK airlines will no longer be considered EU and will not be able to enjoy the same traffic rights in Community airspace. The agreement guarantees these companies to be able to fly over European skies and carry passengers or goods between a point in the United Kingdom and one in the EU. Yet they miss the call fifth freedom: They may not travel between a Member State and a third country (for example, London-Madrid-Buenos Aires) or between two cities in a country or two member countries. There, companies must reach bilateral agreements with each State.

And the road? As well. Carriers will be able to go from point to point and, in addition, carry out two operations in the opposite territory to ensure that they will not return home empty. However, high standards are set in terms of working conditions or licenses to avoid unfair competition in the sector. Buses will continue to link the UK and the EU.

What will judicial cooperation be like? When leaving the EU, the UK will no longer place euro orders. In order to maintain strong police and judicial cooperation, allowing for the speedy delivery of persecuted citizens for justice or the exchange of data, London commits to remain bound by the European Convention on Human Rights. But both the UK and EU countries may refuse to surrender the alleged offender or ask for additional guarantees.

Will cooperation in foreign policy continue? No. The EU wanted cooperation in areas such as the imposition of international sanctions, but London refused.

Will Erasmus students continue in London? No. The UK wanted a partial participation in Erasmus +, but it will not be possible. London therefore decided that it did not want to continue in that program, through which more than 100,000 British students were able to attend an EU university during the 2014-2020 period.

How will the agreement be controlled? The EU and the UK create a monitoring and oversight structure with a Board of Directors, made up of the Commission and the British Government, and even the possibility of creating a joint parliamentary assembly. The pact also provides for an arbitration system to resolve disputes.