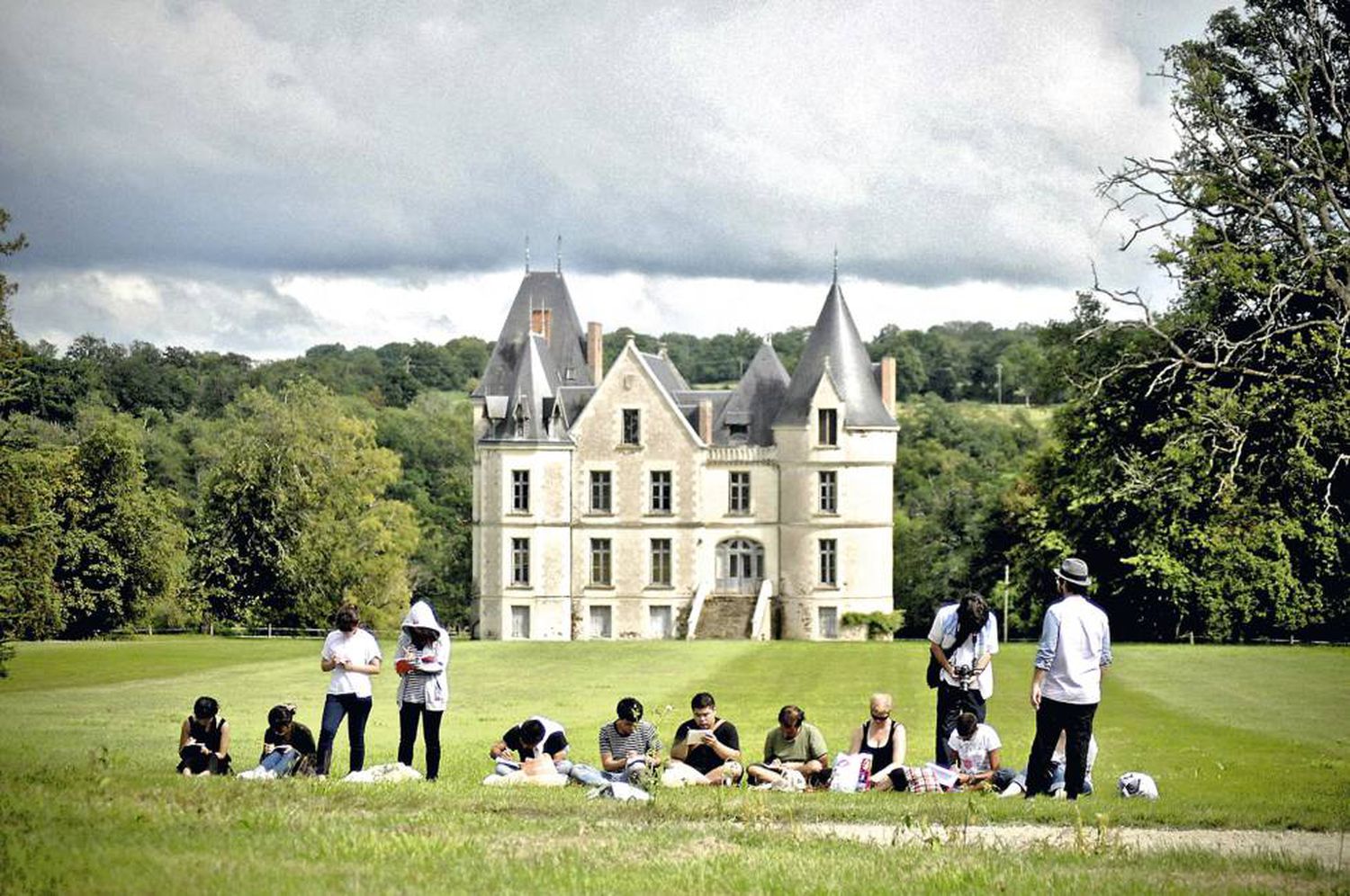 The worldwide proliferation of macro pig farms is generating serious environmental, ecological and political conflicts (up to the series Bail, in an intense chapter, he echoed the problem posed in Denmark), which has led to the creation of numerous associations that actively combat this type of project.

In the French region of Charente-Limousin, in the small town of Lessac, the Domaine de Boisbuchet resists, a commune where joy and talent coexist, a paradise where the communion between the beauty of art and nature runs serious danger. In this privileged natural environment, the art curator and former director of the Vitra Design Museum in Weil am Rhein (Germany, border with Switzerland) Alexander von Vegesack founded in 1986 an international center for research and innovation in design and architecture. One hundred and fifty hectares of parkland dotted with historic and contemporary buildings, pavilions and ateliers that, since 1990, have served as residence for decorative arts students; High-flying designers like the brothers Ronan and Erwan Bouroullec, Matali Crasset or Jaime Hayón, or architects as decisive as Álvaro Siza or Shigeru Ban. Everyone has participated in this unique place in the world of architecture, design, crafts, ecology and sustainability that, since June 26, has survived crossing its fingers in the face of … a filthy threat.

That day, the mayor of Lessac called the center by surprise to report that the City Council had authorized the construction of a pig farm on a 1,300-square-meter plot of land located 150 meters from the Domaine logistics center. I read in the Charente Libre newspaper that the land belongs to a traditional family of farmers from the village supported by the mayor. In the request for help launched through social networks on November 27, entitled Help! and drawn up by the Domaine himself to collect the 25,000 signatures required to file a complaint with the Minister of Culture, Roselyne Bachelot (can be read on Change.org), it is alleged that at no time have the Domaine’s concerns been taken into account, committed for more than 30 years to human and cultural progress in Europe, stimulating creativity and imagination in the midst of nature and being aware that, as Renzo Piano maintains, “building for people is useless if poetry is forgotten of things ”.

If in a matter of days a considerable number of pigs occupy the neighboring meadows, it will be the end of this artistic adventure. Mathias Schwartz-Clauss, artistic director of the Domaine, explains: “I am writing the letter that we will send tomorrow (December 8) to the minister with statements sent by Siza and other colleagues expressing their disbelief. With private or public funds, Boisbuchet has always defended design, architecture and nature. Despite the fact that a pig farm does not correspond to our philosophy, as it will produce auditory and olfactory discomfort that will scare the visitor, we are open to a negotiation with the Ribadière family that allows us to move away from the farm, but they do not want to: it is more convenient for them to do it here in front”.

I sign the petition and check on Instagram the number of signatures received in the last hours, 16,876. I think of the pigs, of the art, of the humans that cause this pulse and I remember Lewis Mumford in his book Technique and Civilization: “Man is an animal that makes tools.”