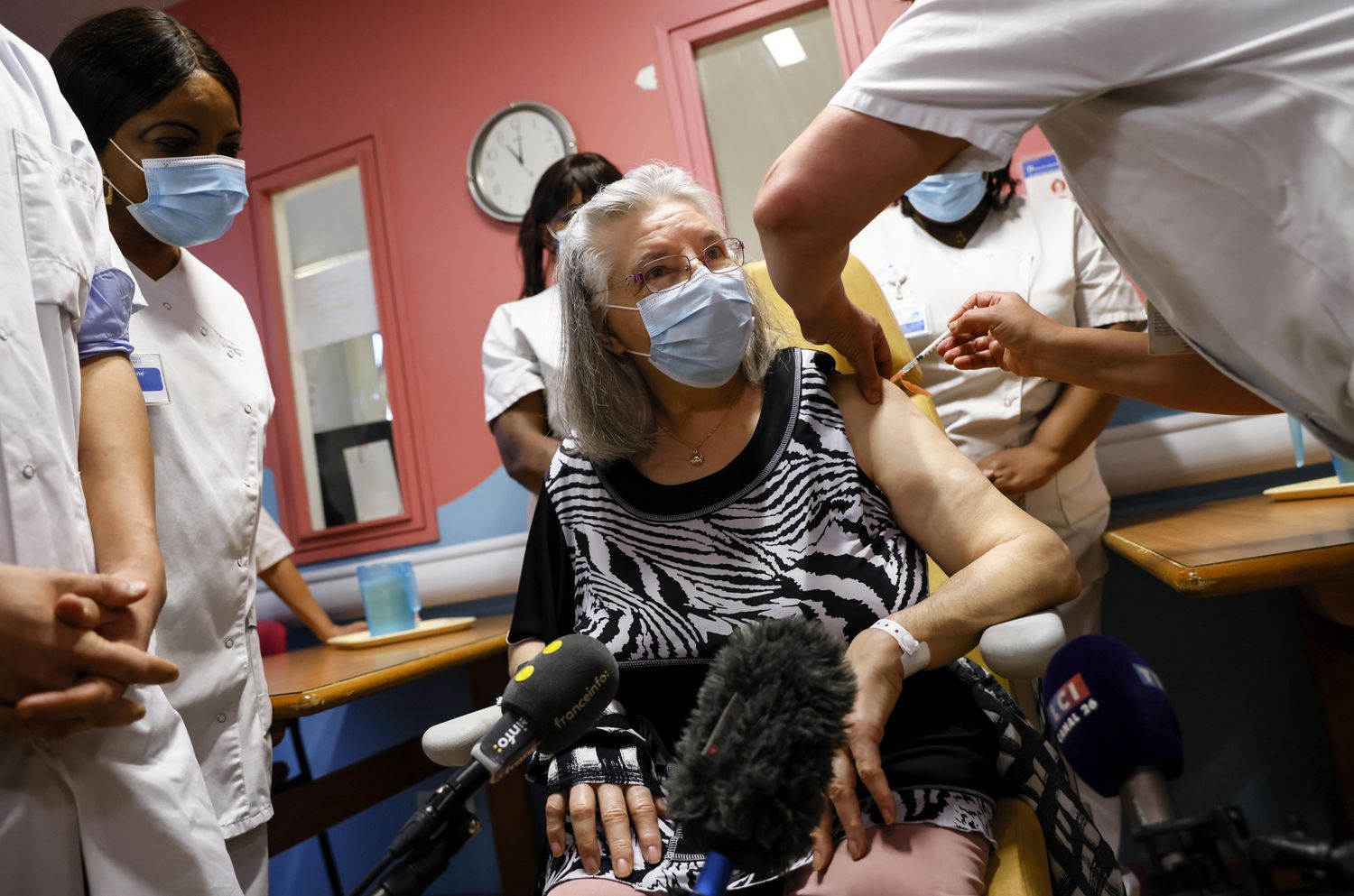 Mauricette, a 78-year-old retired domestic worker, became the first person to be vaccinated against COVID-19 in France this Sunday. “I’m excited,” she declared after receiving the dose, around 11 in the morning outside of Paris. “We have a new weapon against the virus: the vaccine”, celebrated after hearing the news the French president, Emmanuel Macron, who spends a few days with his wife in southeastern France after having passed the covid-19 himself.

The first symbolic day of vaccination in the country – the “massive” campaign to vaccinate the first million elderly and vulnerable staff who care for them will not begin until mid-January – has taken place in the long-term care unit for the elderly of the René-Muret de Servant hospital, in Seine-Saint-Denis. This department, on the outskirts of the capital, has been one of the most affected by a pandemic that has already left more than 62,000 deaths throughout the country. In total, a dozen elderly residents are expected to receive immunization, all on a “voluntary” basis. After Mauricette, a 65-year-old cardiologist was vaccinated. Also this Sunday, the campaign will continue at a nursing home in Champmaillot, in Dijon, where the first dose of the BioNTech / Pfizer vaccine will be inoculated to another ten residents, as well as another health professional.

France has set the goal of vaccinating in the first phase, which will last until February, up to one million vulnerable people: the elderly and caregivers who pose health risks. In addition to being voluntary, the vaccine will be free for the French. In phase two, which will run until well into spring, it will be the turn of those over 65 and medical personnel over 50 and / or vulnerable, according to the calendar deployed at the beginning of December by Prime Minister Jean Castex. Only afterwards will the most massive phase take place, open to the entire adult population, although starting with people between 50 and 64 years old, professionals from “essential” sectors and people in a precarious or vulnerable situation.

Although Castex evoked “spring” for this last phase, the date has yet to be specified. In principle, the country has ordered 67 million doses of five of the announced vaccines until July 1 (16.4 million doses from BioNTech / Pfizer, 27.9 million from AstraZeneca, 6.9 million from Moderna and 8 , 3 and 8.4 million respectively from CureVac and Janssen). In view of the need to inoculate two doses in some of the vaccines and the possibility of “missed doses” or other incidents, this commission should be able to guarantee the immunity of up to 27 million people in the first half of 2021. However Official sources were conservative in detailing the plans on Saturday and indicated the initial goal of getting at least 15 million people vaccinated by summer, a lower figure than initially expected. “Speed ​​should not be confused with precipitation,” the sources stressed when defending the “progressive” vaccination strategy.