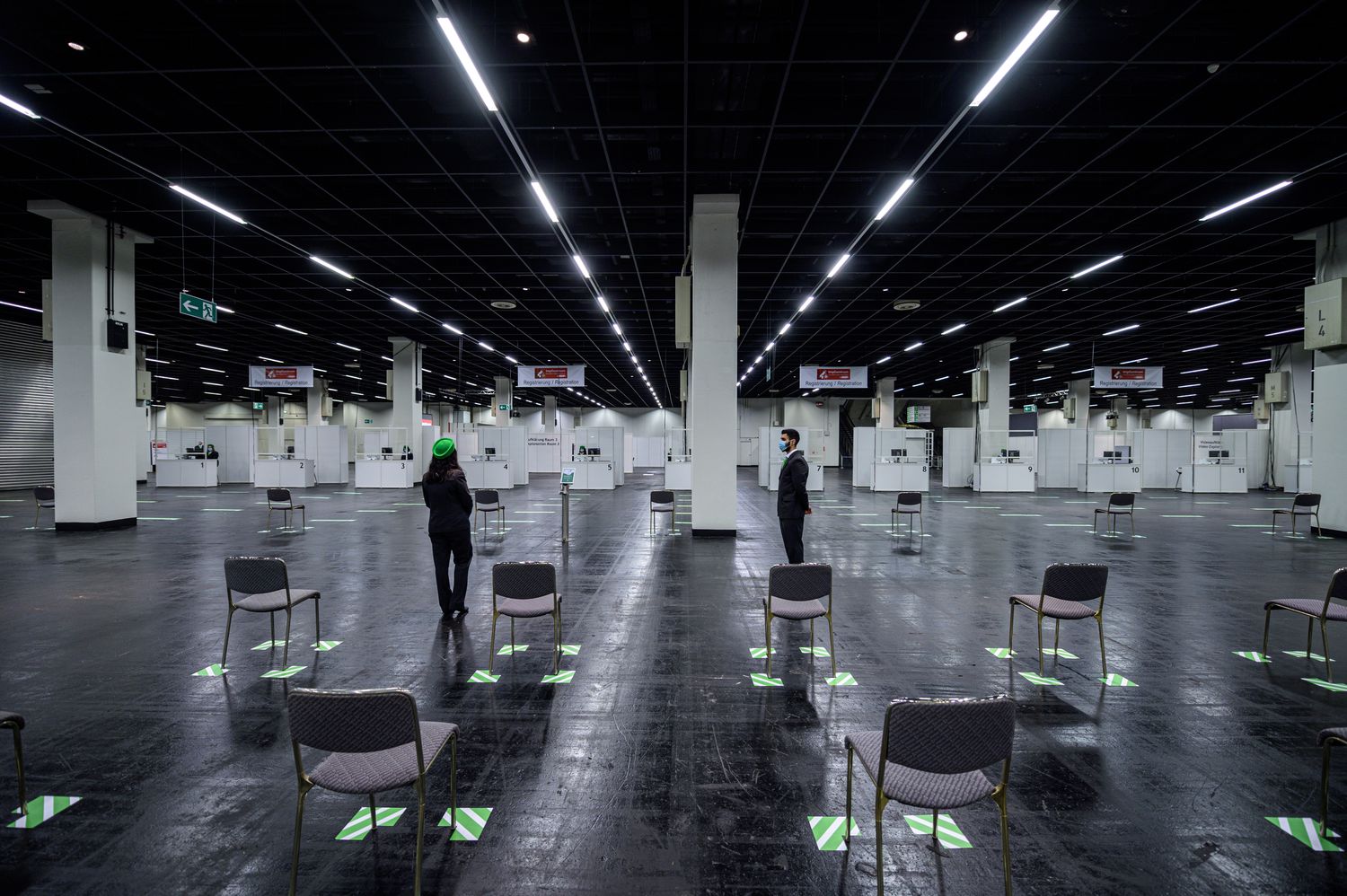 The world eagerly awaits the first covid-19 vaccines developed by pharmaceutical companies Pfizer, Moderna and Astra-Zeneca. The first has received the green light from the European Medicines Agency and the second has been approved by the Food and Drug Administration. Both were being administered under emergency clearances. The rush to vaccinate is justified: the second wave of the pandemic has already caused more deaths in Europe than the first and everyone fears a third after Christmas. But the approval of the first vaccines raises ethical dilemmas that can complicate and in some cases make unfeasible the placebo-controlled clinical trials that are developed on those same vaccines and others in the pipeline. Recruited volunteers should have the opportunity to benefit from approved vaccines and drop out of the study. A massive desertion would force to suspend them.

This possibility worries the scientists involved and is being debated in ethics committees. An article signed by Rafael Dal-Ré and three other authors in the journal Annals of Internacional Medicine maintains that “once a vaccine is approved, new placebo clinical trials will not be ethically acceptable.” Of the 172 vaccine projects registered by WHO, 61 are under clinical evaluation and there are 12 that are already in phase III studies. This means that they are the subject of placebo-controlled randomized clinical trials (RCTs), the so-called double-blind trials, in which part of the participants receive the vaccine and another part a harmless substance, without the researchers or the volunteers knowing. who is in which group.

These trials usually last two years, with several interim analyzes, and have between 30,000 and 60,000 participants, which means that there are currently more than 400,000 people involved in them. The first vaccines have been approved based on intermediate results in which they have demonstrated efficacy and safety in the short term, but important aspects such as long-term safety, how long the immunity lasts, and if they protect all vaccines equally remain to be determined. ages and population segments. On the other hand, it is possible that the first vaccines approved are not the best or pose distribution problems, so it will continue to be important to continue investigating the most lagging behind.

As soon as a vaccine becomes available, those responsible for ongoing clinical trials will have to offer participants the option of benefiting from it. They should ask each one if they want to continue with the study or prefer to drop out to get vaccinated. To do this, the logical thing to do is open the code that lets you know if you have received a vaccine or a placebo. If there are many dropouts, the initial study design may be unfeasible and terminate before the missing data can be obtained. “Long-term safety is especially important in the case of vaccines that use the new mRNA technology because their characteristics are less well known,” says Dal-Ré. It is the one used in Pfizer and Moderna vaccines.

It is a new situation for which we have no precedent ”, admits Francisco Abad, professor of pharmacology at the Autonomous University of Madrid. This investigator from the La Princesa hospital is participating in two trials of the Janssen vaccine, one of phase II for which 190 volunteers have already been recruited, and another of phase III that will begin shortly in eight hospitals and will have 30,000 participants from nine countries. “The ideal would be to be able to finish the studies started to answer all the questions posed, but from an ethical point of view it may not always be possible. The situation will give for much discussion. We are not yet at the point of having to make decisions, but it will come ”.

The WHO wanted to go ahead with a consultation with an ad hoc group of experts that met on November 6. His conclusion, published in the magazine New England Journal of Medicine, is that the randomized placebo-controlled studies must continue and that the promoters, given the special circumstances, are not obliged to open the codes that allow knowing which participant received placebo or vaccine. They consider it “ethically appropriate” to continue the double-blind studies and randomize new participants to the vaccine or placebo group to replace those who drop out. Given the exceptional conditions, they trust that people who volunteer for altruistic reasons understand the importance of continuing.

This approach can create problems for research ethics committees. In any case there will be discussion. Francisco Abad indicates that different scenarios are being considered: “From the point of view of science, it is best to continue the tests as planned, but if this is not possible, we will have to choose the least bad option.” The trial you are participating in should last for a year, but obviously, as soon as a vaccine is available, you may lose a part of the participants, including health personnel who will have priority in vaccination. Abad believes that “it will be necessary to reach a compromise between the ethics committees, the regulatory agencies and the promoters to find a solution that meets the needs of the participants, but also of the pharmaceutical companies, whose interest is to complete the trial.”

Cristina Avendaño, a pharmacologist at the Puerta del Hierro hospital and spokesperson for the vaccines group of the Federation of Spanish Medical Scientific Associations, does not believe that many volunteers will be lost at first because the new vaccines are going to have a gradual entry. “Nobody expects that the approval of one or two vaccines will make the virus disappear. There is still much disease ahead. In addition, we are in a context of prevention of a disease that most of the time is mild. It is not like when we test a drug for a disease that has no therapeutic alternative. If the incidence of the disease is low, the volunteers in the placebo group may want to continue. In any case, the scientific methodology has to be adapted to reality. If we can endure the trials with placebo for a year, the better, but if we lose volunteers, we can continue in other ways, for example comparing the group already vaccinated with the general population ”.

As the entire population has access to the vaccine, there will no longer be an incentive to continue the trial. And here the lack of equity in the distribution can play a role. Countries that do not have the resources to vaccinate the entire population immediately would remain as reservoirs of volunteers for the trials. A study by Duke University (USA) with data from the end of November indicates that companies with the most advanced vaccines have already committed the sale of 6.8 billion doses, of which 3.700 correspond to rich countries. Assuming that the Covax initiative and other mechanisms ensure universal access to immunization, it would take three to four years to manufacture enough vaccines to cover the entire population of the planet. And the vaccine will likely need a booster dose after a while. For Abad, it would be questionable if the studies were concentrated in poor countries.