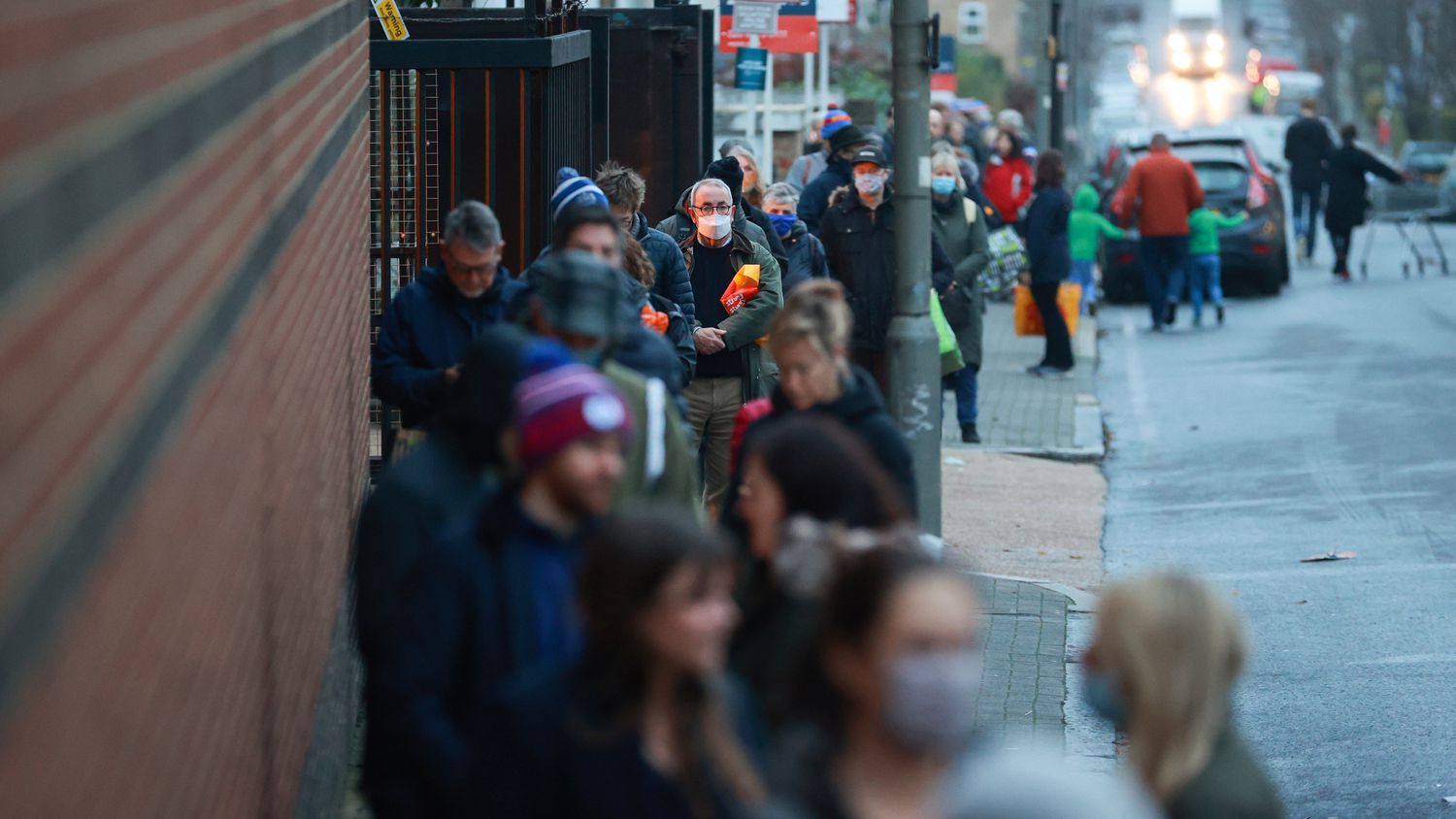 At the end of September, British scientists detected two patients infected with a new variant of the coronavirus never seen before. This version of SARS-CoV-2 accumulated 17 different mutations in its genetic sequence, a surprisingly high number. Eight of those changes were in protein S, the critical part of the new coronavirus that allows it to enter human cells and begin infection. Two months later, this variant has spread across the south of the United Kingdom up to 70% faster than previous versions, according to the British Government. The country has established almost complete lockdown and many European countries have closed their borders to British travelers. For now, there is no way to know if the accelerated advance of this version of the coronavirus is due in part to mutations or only to a transmission accelerated by the permissiveness of the authorities so far. Dozens of British scientists have launched the necessary experiments to find out if this new variant is more contagious and virulent.

“This new version has probably already spread to many other countries in Europe,” explains Ravindra Gupta, a researcher at the University of Cambridge and a member of the UK’s national coronavirus consortium. This organization is in charge of analyzing samples of covid patients at random throughout the country, sequencing their entire genome and thus tracking the different variants of the virus that run through their territory.

This variant has already been detected in Denmark, Holland, Australia and Gibraltar.

The British Government calls the new variant VUI – 202012/01, where VUI stands for variant under investigation, or variant under investigation, 202012 refers to the fact that it has been notified in December 2020 and 01, which is the first that has been communicated this month. Of all its mutations, there are three of particular concern. SARS-CoV-2 is a sequence of almost 30,000 letters placed in perfect order and that contains the necessary instructions for the virus to enter human cells and use its biological machinery to make dozens of copies of itself. Mutations are read as license plates that identify the particular change in the viral genetic sequence. For example N501Y, the first potentially dangerous mutation of the British virus, means that there is a change in position 501 from N (asparagine) to Y (tyrosine). This tiny change is in the S protein that the virus uses to infect and may allow it to bind to human cells more effectively. The other two more worrisome mutations in protein S – 69-70del and P681H – could allow the virus to escape the immune system and increase its effectiveness of entry into cells, according to the preliminary report from the British consortium.

Some of the 17 mutations had already been detected in versions from other countries, for example the sight in minks and humans in Denmark, but never had so many appeared all together. In South Africa, another variant with the same N501Y mutation and two other changes in protein S has been associated with an increase in infections in two provinces, according to a preliminary study published today. The same British variant has already been detected in Denmark, the Netherlands and Australia, explained Maria Van Kerkhove, an epidemiologist at the WHO. And at least one case has been found in Gibraltar, Reuters reports.

The most urgent thing now is to study whether the immune system can neutralize this variant. For this, experiments will be carried out with antibodies extracted from people who have had the disease. These types of jobs will take at least a month or more to complete, Gupta cautions. Before, in about two weeks, it will have been possible to do another key study carried out in cell cultures and that will indicate whether this new variant replicates faster than the previous ones. Until then, it will not be possible to know if the accelerated expansion of this new version of the virus in the United Kingdom is due to the new genetic changes of the coronavirus, or simply to chance, aided by lax control measures.

“The United Kingdom has stood out for its lax measures and these could partly explain the greater spread observed,” explains Fernando González Candelas, a researcher at Fisabio and a member of the Spanish group that analyzes SARS-CoV-2 genomes.

A few months ago his team already detected a new variant that had emerged in Spain among seasonal workers and then quickly spread throughout Europe. In that case it has not been shown to be more contagious or virulent. Something similar has happened with the one that led the Government of Denmark to kill all the minks in the country – some 17 million – to avoid the risk of spreading a version that had jumped from people to these animals and then back to people. For now, it has not been shown that any of the four mutations made the virus more dangerous and it has been ruled out that they could affect vaccines. This is also the case with the British variant, Candelas explains.

“We should not be concerned that these mutations affect the efficacy of vaccines, they will work the same,” says González Candelas. The geneticist believes that “for now there should be no cause for concern about the new UK variant, but there should be surveillance.” “My forecast is that this new version will be detected in Spain as soon as we analyze the genomes of late November and early December, but the frequency will be much lower,” he adds. The consortium, which analyzes about 1,000 genomes a month, expects to have data this week.

“Although this variant has spread faster, it has not yet become the dominant one in the United Kingdom”, highlights Iñaki Comas, biologist at the Valencia Institute of Biomedicine (CSIC). “This new version was in the right place at the right time and is becoming more prevalent in competition with previous ones. It is very difficult to prevent it from spreading to the rest of the world, but in most of the cases observed, these new variants do not pose a problem ”, he warns.

“It seems that the virus has taken an important evolutionary leap and we must be careful and study it well,” says Isabel Sola, co-director of another experimental vaccine against covid at the National Center for Biotechnology, in Madrid. The accumulated amount of mutations “is out of everything previously observed,” he highlights.

How could a virus that changed once or twice a month accumulate 17 changes at once? A patient who died of coronavirus in the UK could help explain it. It was a person whose immune system was weakened and who suffered an infection much longer than normal, about 100 days. The patient received plasma from people who had passed the infection and which contains antibodies capable of neutralizing the virus. The treatment was unsuccessful. In a still preliminary study published a few days ago, Gupta’s team detected that this variant of the virus developed two of the worrisome mutations in its protein S. The team thinks that the origin of this new version may be in this type of “chronic” patients. ”, With inefficient immune systems that allow the virus to have more time to accumulate mutations that can give it advantages to infect and slip away from the immune system.