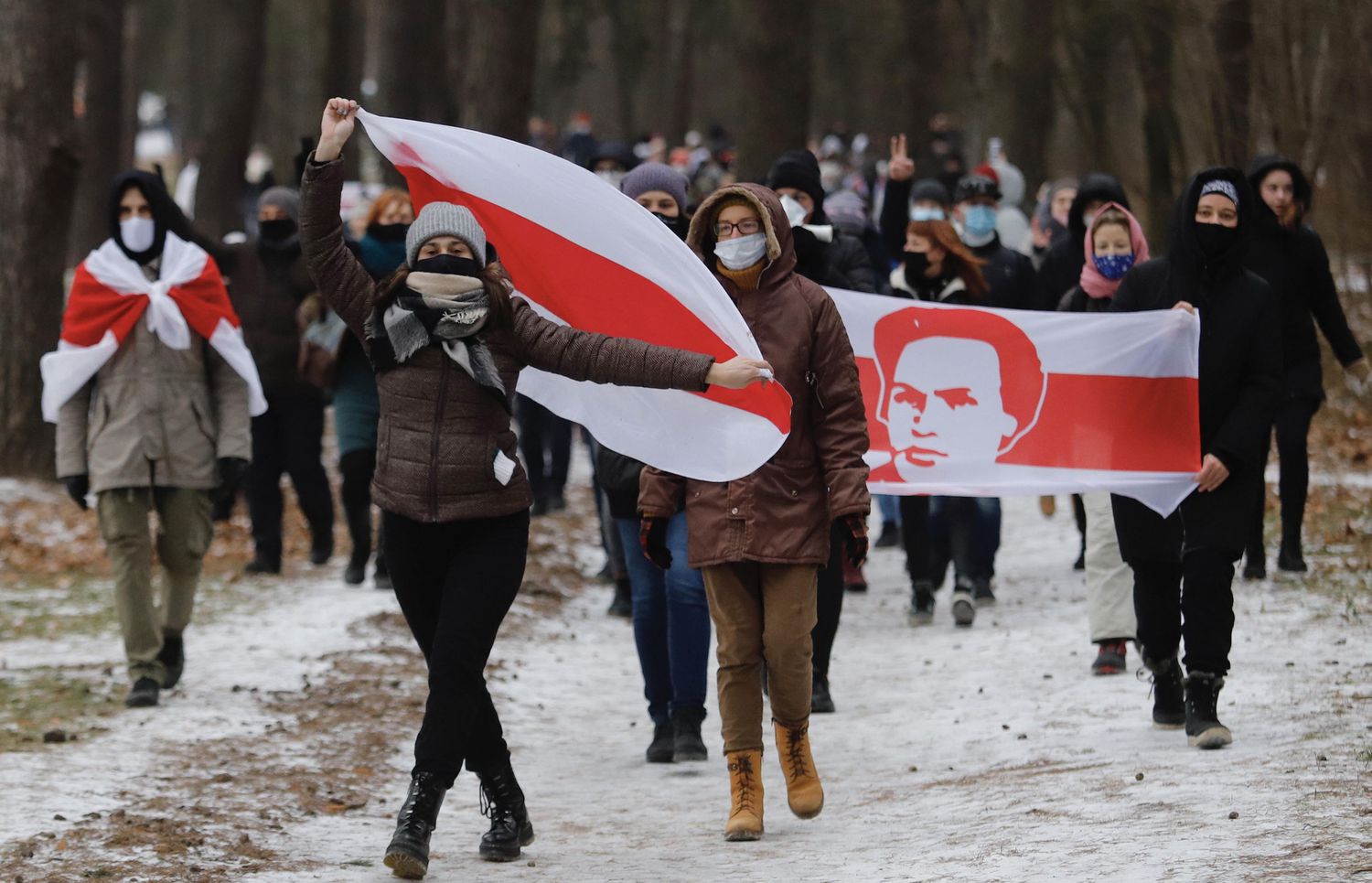 The Belarusian police have created a database with information on people who have participated in protests for democracy and against electoral fraud. The list, which has been launched by direct order of the president, Aleksandr Lukashenko, contains the age, region of residence, place of work or study and also “hobbies”, explained this Monday a person in charge of the Ministry of the Interior in the Belarus state channel 1. The file will not only include those arrested in the mobilizations against Lukashenko, but also the “identified” ones, as well as participants and administrators of Telegram channels about the protests. Since the historic demonstrations began in August against manipulation in the presidential elections, surrounded by many allegations of fraud, it is common for groups of security agents, most of them without uniforms, to record the faces of those participating in the mobilizations . All those images and data can now have a clearer destination.

Civil rights organizations point out that the new list is yet another step in the Lukashenko Administration’s policy to suppress protests and retaliate against those participating in the mobilizations. Also to frighten the population so that they do not take to the streets to protest for fear not only of being arrested but also of losing their job or being expelled from their study centers, for example, for participating in actions that are considered illegal, believes Oleg Gulak, president of the civil rights organization Helsinki Belarus Committee. “You have to be very attentive to how you are going to do it, how you are going to store this data and in what way you are going to use it in the future,” says Gulak by phone from Belarus, who warns not only of the use of this information by part of the authorities but also of the risks of leakage, even interested parties, of the data.

Since the presidential election campaign began – which the authoritarian leader claims with 80% of the votes – in May, more than 30,000 people have been arrested for participating in mobilizations, according to the civil rights organization Vesná, which has documented hundreds of cases of police violence as well as torture in police custody and in detention centers where protesters have reported harsh conditions and mistreatment.

To avoid the arrests and actions of the police, who have used tear gas, water cannons and stun grenades against the protesters and have warned that they would use live ammunition (as they have done on occasions in summer) if they consider that there is a “threat real ”against their agents and national security, citizens have changed their tactics. Instead of large demonstrations with a specific trajectory they have opted for smaller ones, but spread over different parts of the cities. Despite this, this Sunday, the 20th consecutive protest action, the Belarusian police detained about 150 people in Minsk and other locations in the country.

The authoritarian leader continues to tighten the circle against the opposition. Many of its representatives are behind bars or have had to leave the country, such as the opposition leader Svetlana Tijanóvskaya, who faced Lukashenko in the elections and managed to unify her candidacy for dissent. Tijanóvskaya and his team – united in the so-called opposition Coordination Committee, indicted in a criminal case for “trying to seize power” and “creating and leading an extremist organization” are now working on compiling a “book of crimes” in which they give account of police abuse cases verified by independent lawyers and also include the names of the agents of Lukashenko’s security apparatus accused of violence, to try to prosecute them in the future. The compilation currently has 28 names, according to the committee. “We do it so that no one can steal our votes, torture us, detain parents and leave their babies in strollers in the middle of the street, abuse prisoners of conscience,” said the opposition leader in a statement.

After trying to press the economic keys, with the call for general strikes in state companies that have not had, however, great success, the opposition tries to press with this initiative also the large, and for now loyal, Lukashenko security apparatus, one of the pillars of his regime. The Ministry of the Interior alone has more than 3,000 employees. In addition to other security agencies.

With the support of Russia, which nonetheless is pushing to reform the Constitution with the view that perhaps this would unravel the political crisis, the Belarusian leader remains firm. Despite the new order of sanctions from the West against him, his assets and against dozens of officials of his Administration for cases of violence against protesters, his pulse is not trembling. On Friday, Minsk and Moscow signed another collaboration agreement that underpins their Administration: this time between the police forces of both countries to “combat extremism.” This Monday, the Russian government approved a draft agreement to grant Belarus a loan of one billion dollars.