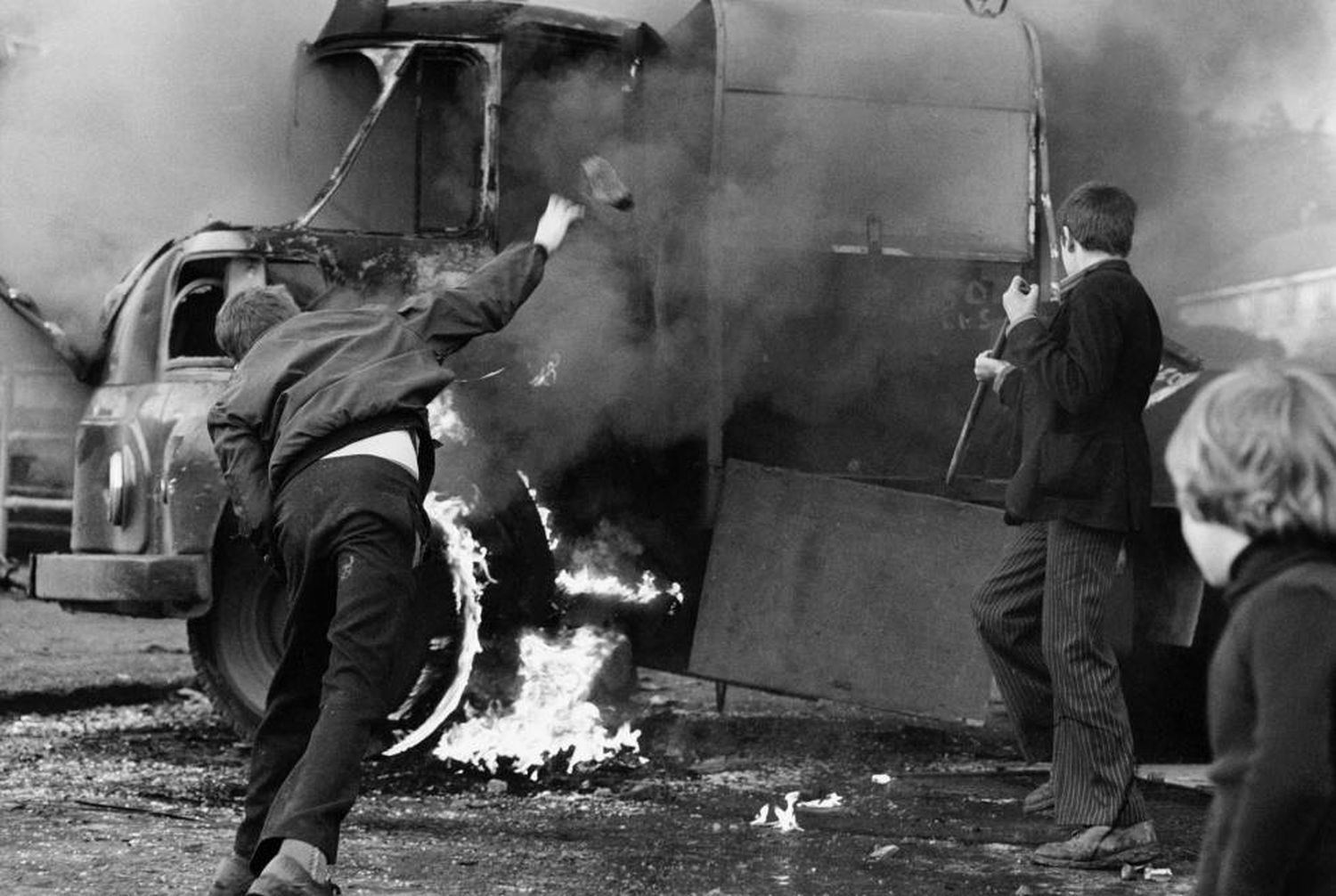 In the first scene of the HBO series Homeland, Bittori, one of the two protagonists of the novel by Fernando Aramburu, widow of a businessman murdered by ETA, visits his grave and explains: “I have a need to know, I have always had it and now they will not stop me. I don’t want them to bury me without knowing who it was that killed you, it’s a necessity to be able to sit down and say, well that’s it and it’s over ”. In the book, the dialogue with Txato is longer, but the bottom line is the same: without the truth, the victims will never be able to find peace, nor can the societies that harbored the violence.

Do not say anything, the wonderful investigation of the American journalist Patrick Radden Keefe on the violence in Northern Ireland, revolves around the same theme: the hidden truth, the need to know what the families of the victims feel and the terror that never ends while questions remain unanswered. This book, which could be described as a non-fiction novel, tells the story of two women. One of them is Jean McConville, a 38-year-old widow, who had given birth to 14 children of whom 10 had survived, abducted by a group of armed men from her very poor house in a Catholic neighborhood in Belfast in 1972 and disappeared. His body was not found until 2003. A thick silence that kept his fate from being known for decades. She was murdered on charges of being an informant, although her children always maintained that a poor woman, a widow, a mother of ten children, had better things to do than snitch the British Army.

The other central character in the book, just published by Reservoir Books in a careful translation by Ariel Font Prades, is Dolours Price, a movie star-looking IRA terrorist, arrested after organizing a series of bombings in London. Price passed away in 2013, having renounced violence, but unhappy with the peace process and faced with Gerry Adams, another important character in the story. This former IRA leader became a politician as the leader of Sinn Fein and was a key player in the Good Friday Accords, which in 1998 ended the violence in Ulster. In order to accept him as an interlocutor, everyone admitted the fiction that he had never had anything to do with terrorism, despite the fact that he gave orders to commit assassinations and attacks.

Jean McConville’s disappearance reflects the cruelty of the Northern Ireland conflict, the so-called Troubles, a war without fronts, with republican paramilitaries – pro-union terrorists with Ireland, unionists – union-union terrorists, military death squads, ethnic cleansing and a sinister silence divided by sectarian lines. But Radden Keefe’s book goes further, because it forces the reader to reflect on the victims’ need for truth, because hiding the facts is part of terror. Justice depends on the conditions of a peace agreement, which has sometimes required confessed murderers to be released, but the truth is something else. Victims may or may not find redress through the courts, but it is impossible for them to put their lives in order if, like Bittori or Jean McConville’s children, they never find out what happened.

That same desire really flies over The oblivion that we will be (Alfaguara), the novel by Colombian Héctor Abad Faciolince about the murder of his father by paramilitaries that Fernando Trueba has just brought to the cinema, or A short life (Peripheral), in which Michèle Audin also remembers her father, kidnapped by French paratroopers during the Algerian War and disappeared since 1957. “About life, about her life, about a life whose traces have not disappeared I want to talk to you here” Audin writes in this newly published book. One of the first things terrorists try to do is erase the memory of their victims, and both books, like Radden Keefe’s, accomplish the exact opposite: recover it, bring it to life, confirm that terror can also be fought with words. That way of remembering is also an essential part of the truth.

As the reporter Gervasio Sánchez has explained in his investigation on forced disappearances in different conflicts “Disappeared.” Victims of oblivion (Blume) – It is an endless pain because, as long as the body is not found, the families continue to suffer. In one of the most brutal moments in the book, Radden Keefe relates that in 1999 the body of Eamon Molloy was recovered, a young man murdered by the IRA in 1975 when he was 21 years old, accused of being an informant and has since disappeared. Shortly after the remains were found, a priest stood at the family home and told them that he had confessed to Molloy shortly before he died. For 24 years he was silent. That priest could have ended that ordeal, without giving clues or details, or names, simply asking the family to stop waiting. But he fell silent.

The great Irish historian Tim Pat Coogan explains in The Famine Plot, a book about the Great Potato Famine, a catastrophe caused by the English that in the middle of the 19th century reduced the population of Ireland by two million (it went from eight to six), among the dead and immigrants, who, when it ended, disappeared of common memory. His thesis is that many people did such horrible things during those years — he tells the story of a man who stoned a dying neighbor to death because he tried to take a turnip from her — that they preferred to forget. That is why memory is also important, because as Radden Keefe, Abad Faciolince, Audin or Aramburu explain, not all were the same: you must remember who the victims, the executioners and the normal people were who did horrible things, like that priest who sentenced a family to 25 years of pain. All of this is part of the truth.