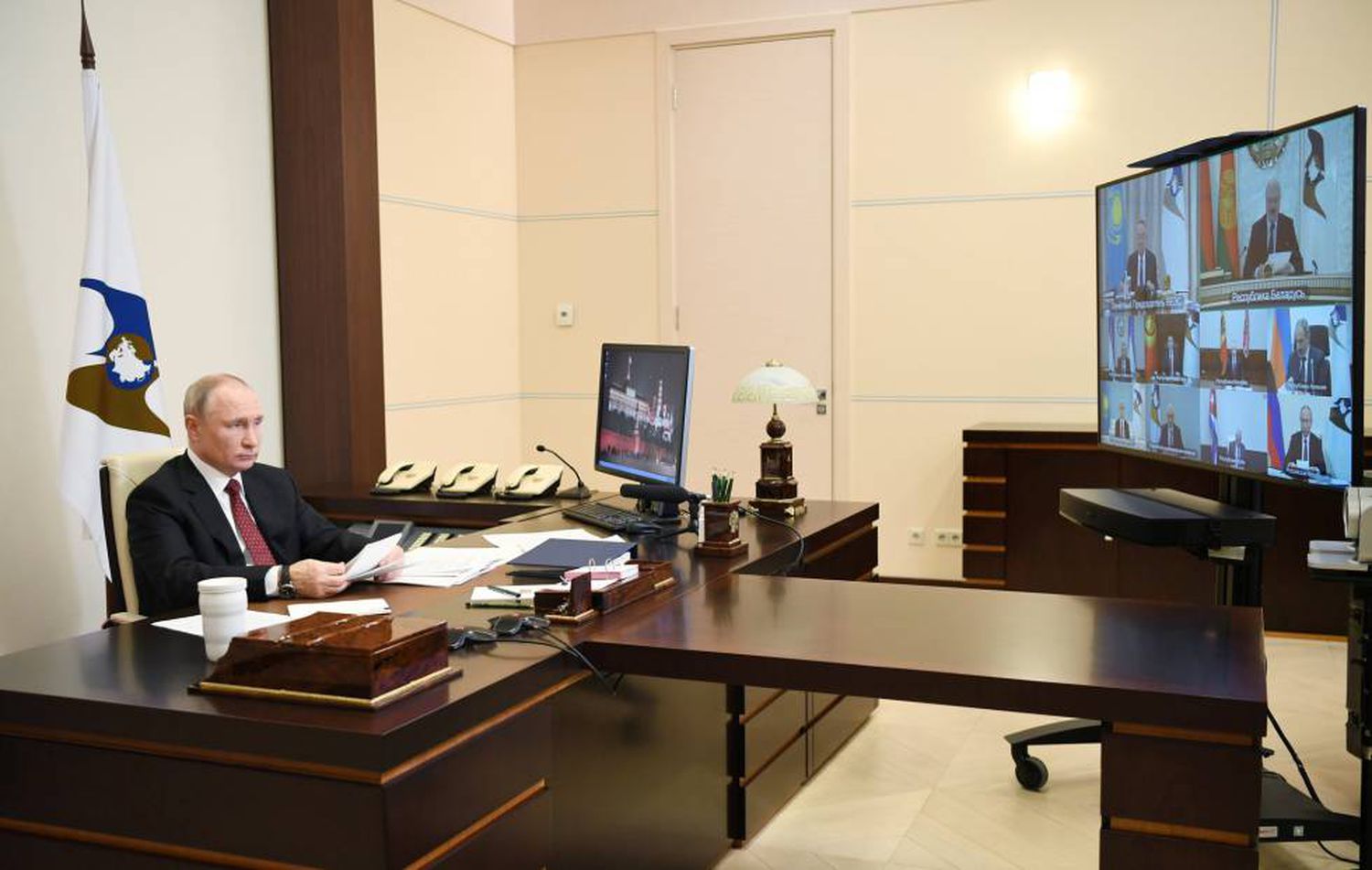 Vladimir Putin’s office in his official residence in Novo Ogarióvo, on the outskirts of Moscow, with its cream-colored armchair and a wide dark wooden table, has become one of the images of the coronavirus pandemic in Russia. The Russian president, who has cut back on his trips and events to the maximum and has been confined most of the time since spring, has attended hundreds of videoconferences from there – conveniently broadcast on public television – and received a handful of controlled visits. Now, a journalistic investigation has revealed that he has built another office identical to the one in Moscow but in his residence in Sochi, on the Black Sea coast, to hide his location and reduce suspicions in a time of crisis.

The issue has caused controversy in the country, where in recent times there has been other information about Putin’s opaque private life, behind which some commentators and kremlinologistas They see a power struggle of the elites. With some derision, many Russians now play look for the ten differences in the photographs of the Russian leader’s office. Meanwhile, the Kremlin has dismissed the information as ridiculous. “There are no two identical offices. The president has many offices in different cities, he uses them and he sees everything, ”his spokesman, Dmitri Peskov, insisted to the Ría agency, who refused to talk about the Russian leader’s travels and movements, pointing out that they are considered classified information for security reasons . Peskov has also accused a black hand of spreading “speculation” about the health and daily life of the president.

It turns out that all the last time we do not know where the president is. And all thanks to the same offices in different places of residence of the president. We tell you how we understood ithttps://t.co/TDvRGmeVEB pic.twitter.com/RB2H9ZU3vT

But it was the public flight logs and their comparison with the official data of the Russian president’s visits and meeting schedule, which led investigative medium Proekt to map out the location of the Russian president in his retirement from Sochi when he had informed that he was at his residence in Novo Ogarióvo. In the photographs or videos, however, he is seen sitting in an armchair like the one in the house on the outskirts of Moscow, or chatting at an attached table with the Russian flag in the background and a sober desk set with the country’s coat of arms. . Proekt has told – citing three anonymous sources, one of her, the manager of one of the state companies – that this is because an office has been installed twin in the summer residence of Bocharov Ruchey, in the spa town.

During the coronavirus pandemic, which in Russia has caused almost 50,000 deaths and infected 2.7 million people, regular journalists who cover all Kremlin events no longer follow the Russian leader to the millimeter, who has also reduced his interviews . To meet Putin face to face in one of his bunker residences, which have been equipped with Russian-made disinfection tunnels, requires at least two weeks of quarantine, other investigations revealed a few weeks ago. This would have made it easier for the president to keep his location in the dark and stay close to the Black Sea instead of in the Russian capital, where all Russian political life is still moving despite the virus, and where the fighting operation is located. against covid.

While some citizens, in social networks, try to unravel if it is one office or another, if one of the beige armchairs is more something than another, or a little lighter, or if the panels that line the wall are different, observing analysts Politicians have pointed out that the successive reports on the interiors of the Kremlin may reveal something more than the offices twins Putin. “It is possible that part of these leaks are related to the struggles of the elites, which are inevitably exacerbated by the economic recession,” says María Lipman, associate of the Eurasia program at George Washington University, noting that investigative journalism has flourished in the past two years in Russia, even despite increased scrutiny and harassment from the Administration.

A couple of weeks ago, another investigation, this time by IStories and OCCRP (project to report on organized crime and corruption) revealed the alleged secret businesses and how Putin’s ex-husband had become rich while he was still married to his young daughter, as a result of access to thousands of emails and documents. Not long before, a lengthy report featured a supposed secret daughter. Another, about his alleged health problems.