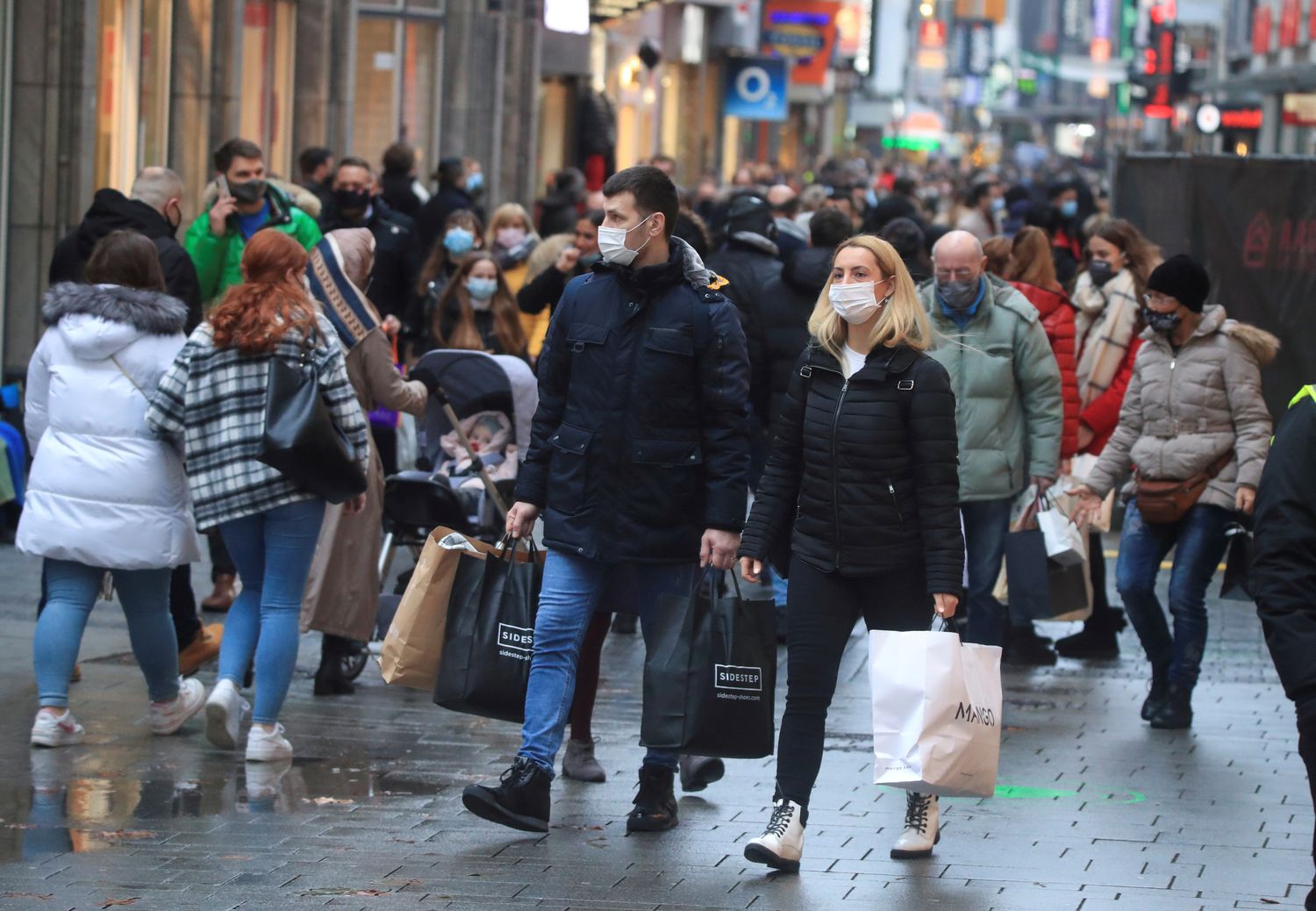 Almost total closure of public life in Germany before Christmas. The federal government and the states have agreed this Sunday to toughen the measures against the pandemic in a new attempt to stop the infections that do not stop growing. The shops, except the essential ones, will close as of Wednesday. The schools will advance the Christmas break to midweek and postpone their return until January 10.

“The measures in force since November 2 have not been enough, for a few days we have seen how infections have grown exponentially […] there is an urgent need to act ”, estimated the German Chancellor, Angela Merkel, before the press shortly after eleven in the morning. He reiterated that the objective is that the health system does not collapse and that contacts can be traced again. For that, the chancellor recalled, the incidence has to be less than 50 cases per 100,000 inhabitants in seven days. That figure is a far cry from the current incidence of 169.1.

Infections in the last 24 hours have risen to 20,200 and deaths to 321, according to data from the Robert Koch Institute (RKI). This is an unusually high figure, especially for the weekend, when the count slows down and the numbers tend to decline. Since the beginning of the epidemic, 21,787 people have died, in a country of 83 million inhabitants. In its daily report, the RKI points out that “the high number of infections is due to diffuse transmission.” He explains that private houses, residences and dependency and occupational centers, as well as religious events are the main sources of infection. But he also warns that the origin of “a large part” of these is unknown.

Starting on Wednesday, supermarkets, pharmacies, banks and gas stations will remain open. The rest of the shops will close. Companies are encouraged to close facilities whenever they can establish a vacation period for workers or teleworking is possible. The sale of alcohol in public spaces is also prohibited from midweek, which means the closure of the mulled wine stalls that have served these days as the last refuge to those who dared to meet on the street, with temperatures around zero degrees. Traditional New Year’s firecrackers are also prohibited. A maximum of five people, belonging to a maximum of two families, and not counting children under 14 years of age, may meet. Christmas Day may be extended to four direct family members and it is advisable to maintain a week of restriction of contacts between five and seven days before family reunions. The exception will not be applicable on New Year’s Eve.

The residences are being one of the great sources of contagion. The agreement establishes rapid tests for workers and visitors in areas with very high incidence, and free FFP2 masks for users. In schools, the care of students who cannot stay at home is guaranteed and distance education should be facilitated. The same will happen with day centers. Paid leave is extended for parents who must take care of their children during the closing days.

Traveling abroad is not prohibited, but it is discouraged whenever it is not strictly necessary, and quarantines of 10 days are in force for those who enter the country from a risk zone. The quarantine may be shortened with a negative test carried out a minimum of five days from the entry into Germany.

The Bavarian Prime Minister, Markus Söder, announced that in Bavaria there will be a curfew from 9 p.m. to 5 a.m. “The coronavirus is a catastrophe that affects our lives like no other crisis has in 50 years,” he stressed.

The meeting of the federal government with the heads of countries It had started at ten in the morning of this Sunday, although on Saturday an agreement had already been reached. The pact comes after verifying that the soft closure in force since the beginning of November has not managed to stop the infections and that it is urgent to act before Christmas. For six weeks, in Germany bars and restaurants have been closed, except for those that sell take-away food. The blind was also lowered in theaters, cinemas, museums and in all kinds of cultural activities. Those restrictions have not been sufficient.

Merkel has defended tougher measures from the beginning, but until now she had not achieved the consensus of the 16 federal states. This week the chancellor gave an emotional speech in the Bundestag urging citizens to reduce contacts in the face of the increase in the death toll. The unquestionable rise in infections has now overcome possible reluctance to a federal pact. Some States, however, given the worsening of the situation, have already unilaterally adopted more restrictive measures. This is the case in Saxony, Berlin, Bavaria or Baden-Würtemberg.